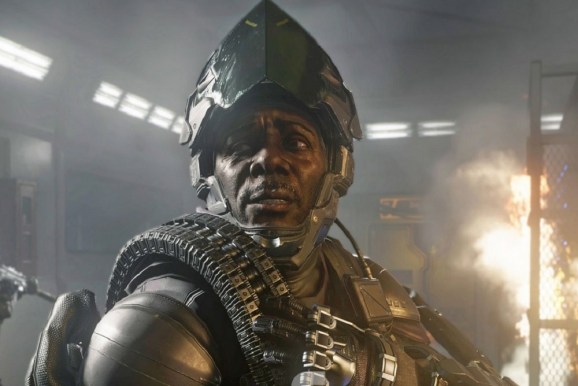 U.S. video game hardware and software sales weakened in November compared to a year earlier, as consumers didn’t face as much hype as they did when the PlayStation 4 and Xbox one launched a year ago.

Overall video game sales at U.S. retail stores were $2.41 billion, down 11 percent from a year earlier, according to market researcher NPD Group. And overall hardware sales were $1.10 billion, down 23 percent from $1.31 billion a year ago. Hardware price cuts explain some of that, but those drops did not inspire a new wave of demand to make up for the lower prices.

The top-selling game of the month was Activision’s Call of Duty: Advanced Warfare, with the lead platform being the Xbox 360. At No. 2 was Take-Two Interactive’s Grand Theft Auto V (PS4 lead platform), followed by Super Smash Bros. for the Nintendo Wii U, Electronic Arts’ Madden NFL 15, Nintendo’s Pokémon Alpha Sapphire for the 3DS, Ubisoft’s Far Cry 4, Pokémon Omega Ruby for the 3DS, Take-Two’s NBA 2K15, Ubisoft’s Assassin’s Creed: Unity, and Halo: The Master Chief Collection for the Xbox One.

“For the most part throughout 2014, we have seen software declines that were offset by year-over-year increases in hardware spending,” said Liam Callahan, an analyst at NPD, in a statement. “This November, however, hardware declines totaled $294 million while software declined $17 million or 2 percent. Accessory sales increased by a modest $5 million.”

Year to date, software, hardware, and accessory sales are up 2 percent. Callahan said that hardware bundles were a major factor in sales of hardware this year. Cumulative Xbox One and PS4 sales to date are almost 80 percent higher than the combined total of the PlayStation 3 and Xbox 360 sales were 13 months after launch.

“We are committed to making Xbox the best place to play, with this year’s best games, the best community of gamers to play with, and terrific value,” said Mike Nichols, the corporate vice president of Xbox marketing, in a statement. “And we are amazed by the excitement Xbox fans have shown to start off this holiday. November set a new record for sales of Xbox One, and Xbox One was the best-selling console in the U.S. and U.K.

“Response to the holiday lineup of games on Xbox One was incredible, with Xbox One fans buying more games in November in the U.S. than any other gen eight platform and enjoying over 357 million hours of gameplay globally.  In fact, more fans logged into Xbox Live across Xbox One and Xbox 360, and enjoyed more entertainment, than any other month in the history of Xbox. We love to see the excitement from our fans and are grateful for their passion, support and contributions to the Xbox community.”

Nintendo, meanwhile, said today that Pokémon Omega Ruby and Pokémon Alpha Sapphire have sold nearly 1.5 Million units on the Nintendo 3DS in their first ten days on the market in the U.S.

The Japanese company launched the new Pokémon adventures for Nintendo 3DS launched on Nov. 21. The 1.5 million in sales includes both physical and digital game sales in the U.S., and so the numbers don’t exactly match the phsyical game sales reported today by market researcher NPD Group. NPD said that Pokémon Alpha Sapphire was the fifth most-popular game and Pokémon Omega Ruby was the seventh most-popular game of the month in November.

Nintendo also said that Wii U hardware and software increased by more than 10 percent and 90 percent, respectively, over the same period a year ago. In fact, Nintendo said the week of Nov. 23 was the biggest single week of Wii U hardware sales since the system launched in November 2012.

“This is a ringing endorsement from families and fans that Nintendo has the best variety, the best value and the best gaming experiences for sale this holiday season,” said Scott Moffitt, Nintendo of America’s executive vice president of sales and marketing, in a statement. “We’re extremely confident in our holiday proposition and look forward to closing this year strong and starting 2015 with a full head of steam.”

In a statement, a spokesman for Sony said, “We are thrilled with the incredible momentum seen at retail heading into the holiday shopping season. PS4 is the cumulative leader in hardware sales and was No. 1 on the Amazon Video Games Bestseller list on Black Friday. On the network side, November was the biggest month ever in PlayStation Store history with a nearly 50 percent increase in unique visitors compared to last year. We couldn’t have done any of this without the support of our fans. The immediate success of PlayStation Experience and celebration of the 20th Anniversary demonstrates tremendous dedication to the PlayStation platform. We are humbled by the loyalty of our fans and look forward to amazing them in 2015.”