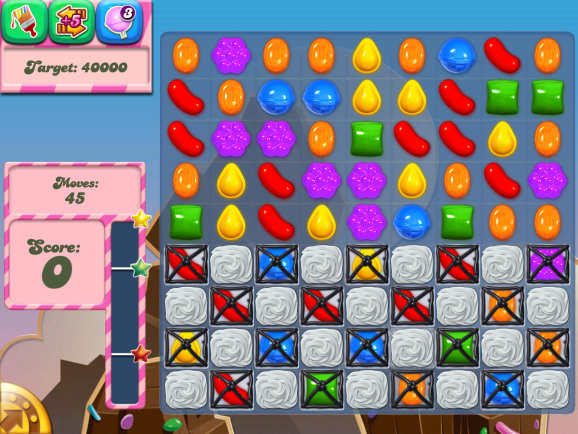 Microsoft’s smartphones are finally starting to get some of the best games from 2011 and 2012.

The company revealed today that developer King’s match-3 puzzler Candy Crush Saga is now available on Windows Phone. You can download the free-to-play game now and start matching up sweets immediately. Candy Crush Saga is one of the most lucrative apps on iOS and Android, and now King’s money-maker could do the same for people with Lumia and other Windows Phone devices.

Windows Phone lags far behind Android and even further behind iOS when it comes to gaming. And games are the most important category of apps on mobile. In 2013, smartphone games generated $16 billion in revenue and that number is expected to grow to $21 billion this year. This shows that people spend a lot of money on these kinds of apps, and that the availability of games likely plays an important part in the decision-making process when a person buys a new phone or tablet.

Candy Crush Saga first debuted on mobile devices in 2012, and it has spent much of the last two years near the top of the grossing charts on both iOS and Android.

This is the second big mobile game to hit Windows Phone this week. Yesterday, Microsoft finally released Minecraft: Pocket Edition for Windows Phone. In September, Microsoft purchased Minecraft and developer Mojang, and now the company has finally ported the game to its mobile operating system. Minecraft first hit PC in 2011, and the Pocket Edition rolled out on iOS and Android in 2012.