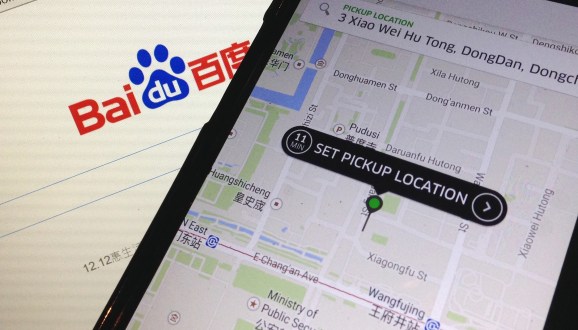 Uber has already taken on another $1.2 billion this month, valuing the company at $40 billion, but that hasn’t stopped the ride-hailing service from seeking even more.

While rumors were rife that Uber was planning to raise an additional $1 billion in convertible debt, more news is starting to emerge around another imminent cash injection.

Bloomberg reports that Chinese Internet giant Baidu is gearing up to plow as much as $600 million into Uber. A press conference is taking place on December 17, and Baidu has already confirmed that it’s investing in a U.S. startup that’s a “household name.” All fingers certainly point to Uber.

While Uber is already operational in China, having the force of a local Internet juggernaut behind it will be worth more than any money it receives. Indeed, reports suggest that Uber will receive “cash and non-cash” assets as part of the deal, and Baidu’s extensive reach into the often hard-to-crack Chinese market will be invaluable.