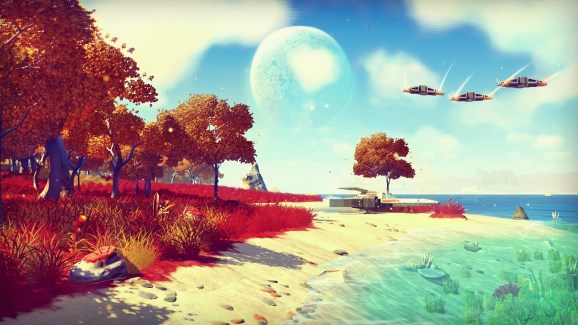 Some of the mysteries surrounding No Man’s Sky just got a little clearer.

Unveiled to great acclaim — and a little scepticism — just over a year ago, open-world space exploration game No Man’s Sky (PlayStation 4, PC) remains a largely enigmatic project. However, Hello Games managing director Sean Murray revealed a surprising number of facts about the procedurally generated interstellar adventure during a quick-fire interview with Game Informer.

This gives us a better idea of what to expect from one of 2015’s most anticipated releases.

Here are 30 of the most interesting facts that Murray revealed. Of particular note are the things that aren’t in No Man’s Sky. It won’t have DLC, although with what the studio claims is an infinite universe, there’s probably no need.

30 facts about No Man’s Sky