Its free voice and instant messaging chat application for gamers, Curse Voice, reached more than 2.5 million installs and more than 1 million active users in December after a six-month beta test. And the company plans for even more ambitious expansion next year.

The hugely popular gaming media company’s sites see more than 50 million visitors each month. Curse is a privately held company based in Huntsville, Ala., and counts LoLNexus, Gamepedia, Arena Junkies, the Minecraft Forum and Wiki, and MMO-Champion among its 45 sites. Its first standalone program to help gamers access and organize mod downloads for World of Warcraft released seven years ago, and it launched into the voice and instant message chat business with Curse Voice starting in a June beta test. 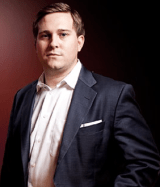 I spoke with Michael Comperda, Curse’s chief technology officer. He says he expects Curse Voice to reach more than 10 million users by the end of 2015 and that the company has an ambitious schedule of new platform releases planned for the first quarter.

“There’s a great deal of opportunity there,” he said. “Nothing is easy, but it’s going to be a natural progression.”

Several competitors stand in the way. Comperda was dismissive of other platforms — “These products haven’t innovated much at all for a decade” — but even in Curse’s core market of World of Warcraft and League of Legends users, the dominant voice chat systems have loyal followings. Mumble, TeamSpeak, Skype, RaidCall, and Ventrilo, among others, command audiences of tens of millions of players and are also free to use, though players who host servers may pay fees (Curse is free, whether you host chat sessions or just participate).

Curse is introducing a number of new features in the next few months that Comperda expects will drive traffic, including:

All versions use the Opus codec, an open-source audio format that has tested well in frequency response and after compression.

Curse has invested in heavily in cloud computing for the service, enabling it to spin up servers quickly in times of high demand, Comperda said. But it was disappointed in some of the latency users saw during the beta test. Recently, the company transitioned the Voice servers to the Aerospike NoSQL Database system to help resolve those issues and keep up with the demand. The switch enables Curse to support gamers chatting in North America, South America, Europe, and Asia, and it has been an order of magnitude faster, he said.

“People hate when things are slow,” he said wryly, adding that the company intends Curse Voice to continue attracting users with more features than just speed. “We’ve done a lot of market research. Every person at Curse is a gamer in some way.”

Curse investors include GGV, Ventech, Idinvest, YY, and Softtech VC. The company announced in July that it raised $16 million in a Series B funding round, and it previously raised $6 million in 2009.