NEW YORK — Fast-growing cloud provider DigitalOcean might not have hundreds of thousands of servers — the way Amazon, Google, and Microsoft do — to run its high-profile public clouds. But no matter. Ben Uretsky, the company’s chief executive, believes his startup has quite a few things going for it.

Perhaps most importantly, according to Uretsky, the company refuses to deprioritize user experience — unlike the cloud giants that he sees as competitors.

“These providers focus on the technical features, and what we focus on is — this is why were highly differentiated — is we’re focused on people, and in this specific case, we’re focused on developers,” Uretsky said in an interview with VentureBeat at DigitalOcean headquarters here last week. “We are a product-driven company, whereas these other businesses are more technically driven, I guess.”

Whatever DigitalOcean is doing, people seem to like it. Netcraft now considers it the third-largest web-hosting company, and developers regularly name-drop DigitalOcean as an option for hosting sites, often citing the fast solid-state drives backing up the startup’s server slices, or droplets, in company parlance, and the prices, which start at $5 per month. 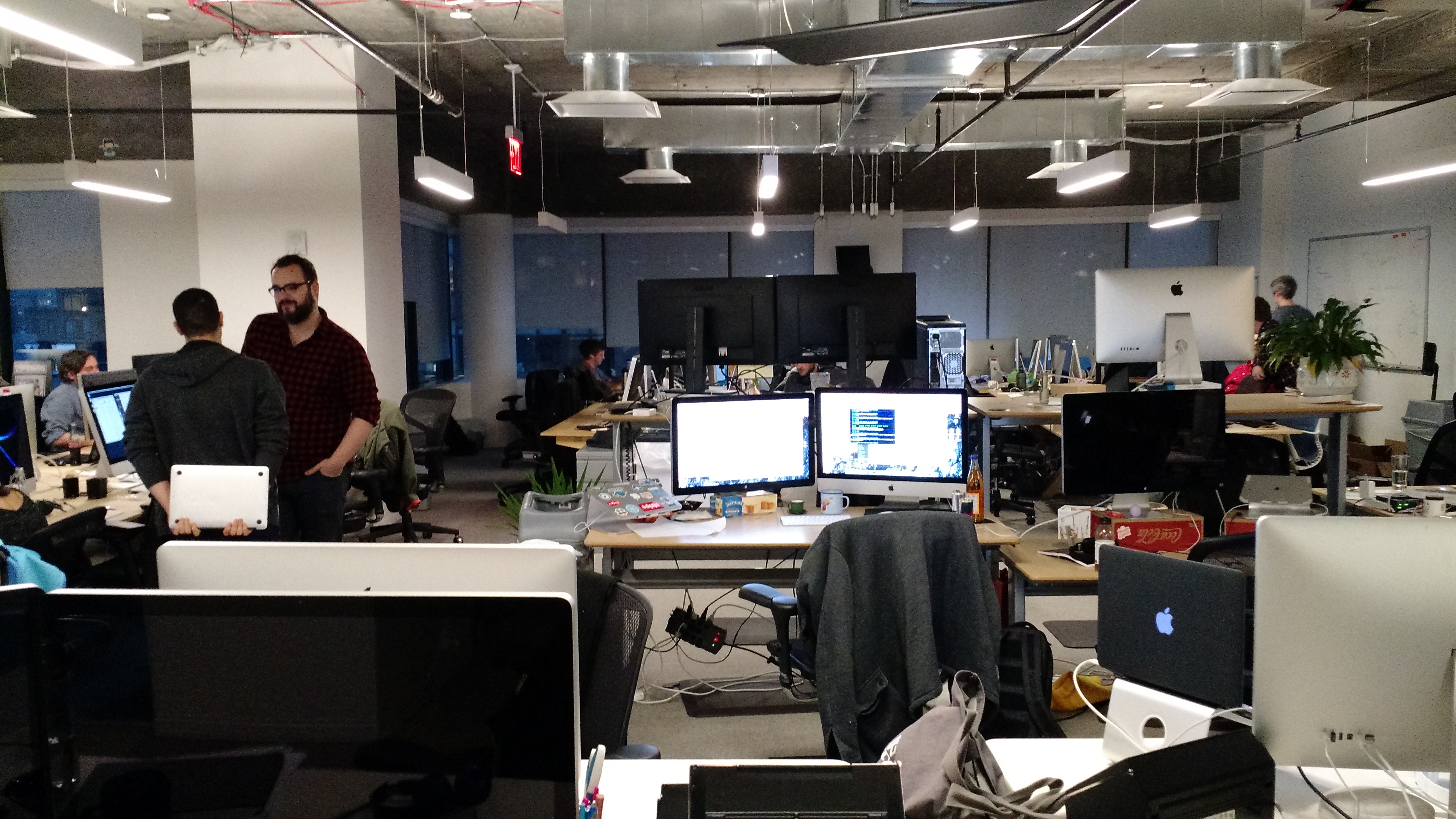 Above: The DigitalOcean headquarters in New York on Dec. 10.

Sure, it lacks some of the popular services available from larger cloud providers, like an object-storage service and server load balancing. And it hardly brings in the revenue that, say, Amazon Web Services does. Nevertheless, the company does have developer cred. And one day, the developers who prefer DigitalOcean for side projects may want to choose it for a new application at work. Which is why DigitalOcean must be paid attention to.

Plus, feature announcements are on the way.

This year, following a $37.2 million funding round, the startup has worked to expand its global data center footprint and start hiring more people. The startup now has 110 employees.

“If 2013 was about growing the physical infrastructure, 2014 has been about growing the organizational structure and the people,” Uretsky said. “We’re in the best shape that we’ve been in in terms of team size, process, and things of that sort, so hopefully 2015 is finally a year where we can really make progress on our mission, which is to bring additional products and features to market that customers are asking for, while maintaining a simple, easy-to-use product, which is also really challenging.”

DigitalOcean has been looking to upgrade its networking hardware and centralize management across switches, and eventually roll out networking capabilities for customers, Uretsky said. DigitalOcean also plans to get compliance certificates to meet certain kinds of IT standards. Graphs for RAM and disk usage should be coming down the pipe soon, too.

But even as the startup adds features and keeps prices low — “I don’t think anyone really focuses on price,” Uretsky said — the directive is to ensure DigitalOcean remains user-friendly.

“We need to provide simple, powerful solutions, and that’s a complex problem,” Uretsky said. “It’s almost like a noble pursuit. It is so challenging to walk that fine line between being able to deliver something easy and yet retain its nature.”