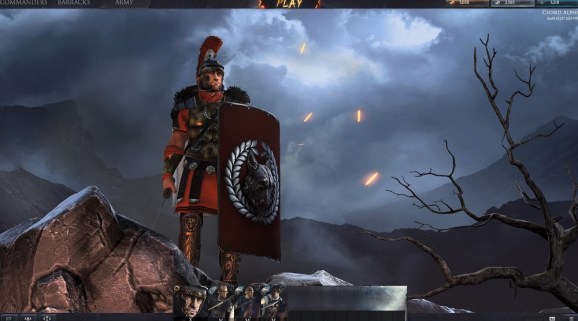 Total War: Arena from Sega and The Creative Assembly.

Sega’s The Creative Assembly studio is announcing Total War: Arena, a multiplayer real-time strategy title where 10 players will square off against another 10 in ancient battles that include thousands of soldiers.

The free-to-play PC online game derives from the Total War: Rome II franchise that debuted last year, but it is an interesting extension of the Total War brand into a multiplayer battle experience. Past Total War releases featured just four-on-four online matches. Total War: Arena will be unique in that it will try to pull off the exceedingly difficult number of 10 players against 10 players. Such games have massive numbers of soldiers, and it will be technically very hard to pull off.

Total War: Rome II launched in September 2013, but developer The Creative Assembly and publisher Sega continue to support the PC/Mac release. That’s because the titles in this series are perennial sellers, with new fans and history buffs playing them long after they’ve launched. In fact, the Total War games have around 850,000 monthly active players even though a new entry in this series hasn’t come out this year. On average, people play Total War titles for 104 hours per game.

The Total War series has been around for 13 years, and The Creative Assembly is now launching multiple offerings based on the same Total War brand. For instance, it recently launched the Wrath of Sparta expansion for Total War: Rome II, and it also announced Total War Battles: Kingdom, a free-to-play realm-building game. A much larger team is also working on Total War: Attila, a new title with a single-player campaign coming next year. All of that activity shows you just how big the Total War development effort has become, with more than 300 employees working at The Creative Assembly, which is based in Horsham, England. 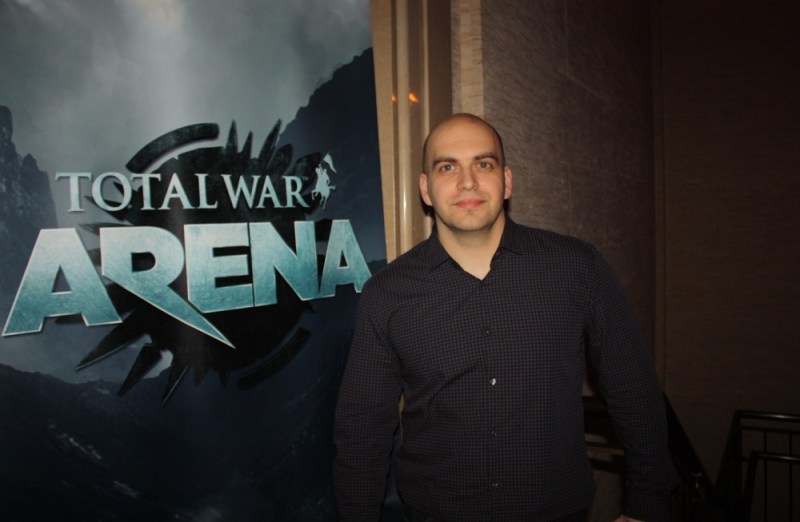 These titles have a fanatical following. That means anytime the developers come up with something new, the players will come. Arena uses the Total War: Rome II engine, which can place thousands of soldiers on a battlefield. You command groups of them and can zoom in on individual soldiers or zoom out for a bird’s-eye view of the 3D battlefield. In this case, players controlling Greek or Roman soldiers will be able to square off against each other on a sizable battleground with lots of strategic control points.

You command about three companies of soldiers in Total War: Arena. With 10 players, you still wind up with 7,000 or 8,000 soldiers on a map. But each company can behave in a more realistic way because it will be more closely managed by a single player. Consequently, each battle will have much more intelligent and strategic thinking — so long as the players cooperate closely, said Gabor Beressy, project lead for Arena, in an interview with GamesBeat.

“This is all about fighting, not building a base,” Beressy said. “Our goal is to create a pure, quality multiplayer experience. We have always wanted to have amazing multiplayer. After Rome II, we decided it needed its own team and its own dedicated development.” 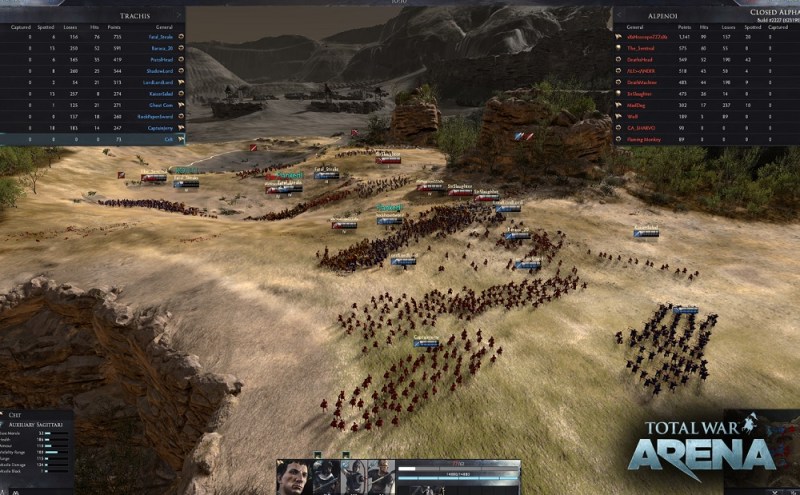 Above: Action from Total War: Arena.

Each player becomes an iconic commander from history (Alexander the Great, Germanicus, Caesar, Leonidas, and others) with a unique battle style. That commander controls three units of warriors. Players can level up their commanders and units, and they can attain specialist skills, weaponry, armor, and abilities.

Sega first unveiled Arena at the Game Developers Conference in March, 2013. The team began working on it after rolling off of Total War: Rome II.

Now the game is much further along. The press played a live demo at a press event in San Francisco. The title is in closed alpha testing now, and it will likely launch sometime in 2015. Spectating and streaming will likely be coming at some point in the future, Beressy said.

The logic behind 10-versus-10 players is very interesting. In online battles, players often drop out, either out of poor sportsmanship or bad connectivity. With 10 players, the battle can still continue even with the loss of a couple of players, Beressy said. 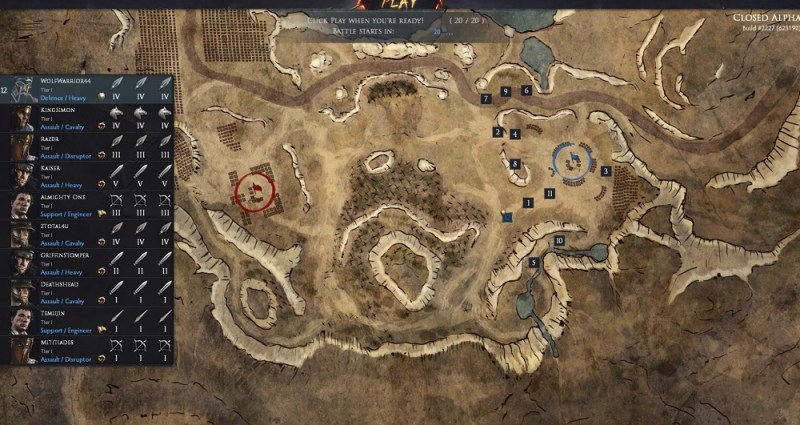 Above: More from Total War: Arena.

“We wanted to make it easy to get in and hard to master,” Beressy said. The strategy and team-based tactics will matter, as will how you use the different skills of your commander and the skills of your troops, he said. Each battle will last about 15 minutes. Sometimes a fight can be much quicker if one team decides to rush the other. The game will be an ongoing service, with new features added over time. More civilizations will be added over time, such as barbarians, Gauls, or even Chinese factions, Beressy said.

Beressy said it’s a challenge to design a map that is fair. If one side has a fortress and the other doesn’t, you know who’s going to win. But that’s why Beressy said the development team has invited some hardcore community players to contribute their advice.

The client PC will do most of the processing for the game, while the server infrastructure will handle things like your persistent commander records. 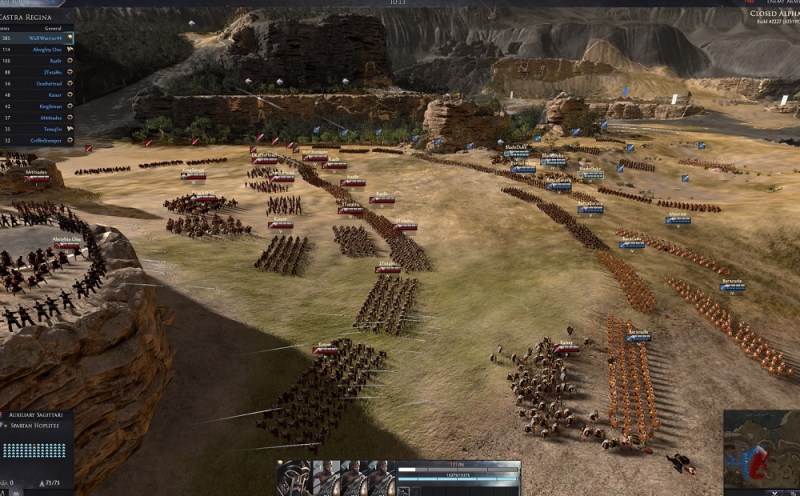 Above: A battle in Total War: Arena.