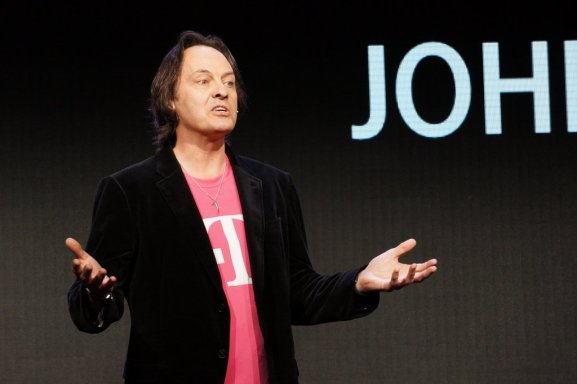 Analysts are mildly bullish on T-Mobile’s announcement of a new data allotment roll-over offer today, but they’re generally unconvinced it will be a game changer for consumers or a meaningful threat to AT&T and Verizon.

In its latest “un-carrier” move, T-Mobile introduced Data Stash, a new program that automatically rolls over a subscriber’s unused data allotment for up to a year. T-Mobile has based its marketing campaign on being as different from the Big Telco competitors as possible, hence the “un-carriers” schtick.

Starting in January 2015, Data Stash will be automatically available at no extra charge to any T-Mobile customer with a postpaid Simple Choice plan who has purchased additional 4G LTE data (3GB or more for smartphones and 1GB or more for tablets). T-Mobile sweetened the deal by saying it will start each customer Data Stash with 10GB of 4G LTE data for free.

But what sounds great on its face is really not very new or novel. Consumers have been asking why they can’t roll over their data allotment in the same way the old Cingular Wireless and AT&T plans did for voice minutes.

It doesn’t cost T-Mobile much. “Data Stash isn’t a huge differentiator for T-Mobile, as the carrier never charged overage fees to begin with, although it throttled data speeds,” says Current Analysis principal analyst Lynnette Luna in an email to VentureBeat today.

“The Un-carrier offer certainly plays on customer fears of using too much data and serves as another strong marketing salvo —especially during the critical holiday selling season — against AT&T and Verizon [which] rely on their customers buying bigger buckets of data to avoid overage fees,” she adds.

Luna says the one possible risk for T-Mobile is that existing and new subscribers might start gravitating to lower-end data plans and away from plans that give them bigger buckets of data.

But the lower-tier data users are the people T-Mobile is targeting with the new offer anyway, says IDC analyst Brian Haven, who is skeptical of the impact of roll-over data.

“I don’t think today’s announcement will have a big enough impact on Verizon and AT&T to the point where subscribers will jump ship,” he says. “It certainly won’t lure away subscribers who have the larger data plans, like those above 10 gigabits per month, but I wouldn’t say it targets them anyway.

“So it really depends on what kind of a user you are,” Haven says. “They are focused on the 1GB to sub-10GB and they want to make an impact there.”

T-Mobile’s announcements these days usually start with CEO John Legere ranting and raving and insulting his bigger rivals — often with profanity. And T-Mobile will pick up a few subscribers from AT&T and Verizon as it continues to ratchet up its “un-carrier” rhetoric. T-Mobile has been making gains in subscriber numbers in recent quarters.

“They point out flaws in the larger carriers and hope to sweep subscribers away,” says Gartner analyst Bill Menezes.

Menezes believes that T-Mobile’s move today is a solid marketing move that won’t really cost them that much in the long run.

“When you think about it they don’t really give anything up. If you’re consistently not using your data allotment month after month and your banking more and more gigabits, chances are you’ll never end up using that data.”

A more interesting question might be whether or not AT&T and Verizon will move to match T-Mobile’s plan. Menezes says the big carriers have matched some of T-Mobile’s other offers, like prepaid handsets and no-contract plans. If AT&T and Verizon see T-Mobile’s roll-over data offer as a threat to its subscriber base they may just offer a similar deal to their own customers.

“It’s not going to be that expensive for them to do,” Menezes says.

But while T-Mobile is good at offering consumers the deals that get them in the door, the performance of their phones on the T-Mobile network has made more than a few regret their decision.

“T-Mobile’s network still lacks coverage in many areas, but the company claims it is improving rapidly,” says Reticle Research analyst Ross Rubin. “In areas where the network is competitive, this should have strong appeal to consumers who have data needs that may vary significantly from month to month.”

T-Mobile addressed the issue at its event today, announcing its LTE footprint has now come within reach of 260 million people. It also announced progress with Wideband LTE deployments.

Of course T-Mobile’s Data Stash announcement is just one step in a long, uphill march to reach parity with its larger rivals.

“… We expect that T-Mobile U.S. will continue to struggle to maintain pace with its larger, financially stronger rivals,” Morningstar analyst Michael Hodel writes in a research brief. “The company claims only 13 percent of the U.S. wireless market, less than half the size of AT&T and Verizon.”

He continues: “Smaller scale leaves T-Mobile at a cost disadvantage versus these rivals, which we expect will ultimately limit its ability to invest aggressively in network capacity while generating acceptable returns on capital.”

Expect T-Mobile to continue on with its pricing innovations and Big Telco-bashing. If nothing else it’s good theater. But in order to hold on to customers it attracts with those things, it’ll need to continue pouring resources into building a strong national network.