Facebook vice president of mobile engineering Cory Ondrejka, who has been overseeing the company’s acquisition of Oculus Rift and its integration, announced today he is leaving the company.

Ondrejka, who was a cofounder and CTO of Linden Lab, which built the virtual world Second Life, joined Facebook in 2010 as director of engineering. Prior to his Oculus responsibilities, he ran Facebook’s entire mobile app transition for two years, he told VentureBeat. 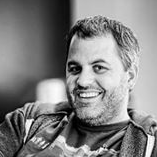 In his announcement, Ondrejka wrote, “From high-performance javascript through mobile to virtual reality, I could never have predicted a journey quite like this one. I will miss working with everyone, but I am excited about building my next company from scratch.”

He said his last day at Facebook is Dec. 22.

Prior to Facebook, Ondrejka was cofounder of Walletin, which the social media giant acquired in 2010. The company did “cool stuff with javascript and node.js,” according to Ondrejka’s LinkedIn profile. He is a graduate of the United States Naval Academy and, prior to his life in the technology industry, was a Navy officer with experience at the NSA and a top-secret security clearance.