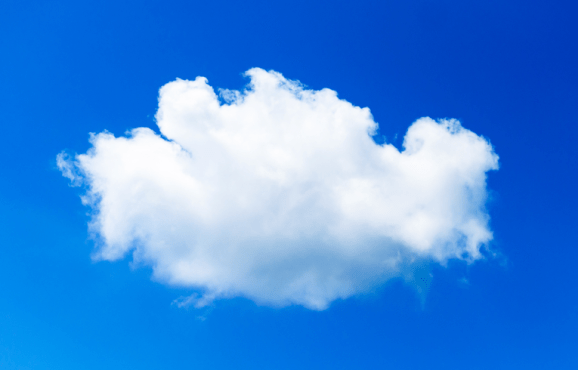 We call it “the cloud,” but it’s actually many cloud services. To bring together business updates from several leading cloud services, Boston-based Harmon.ie is today launching a mobile dashboard called Collage.

It’s designed for the information worker “trying to see what’s going on and how I should prioritize my day,” CEO and cofounder Yaacov Cohen told VentureBeat.

The central idea is to make it easier for mobile workers to access cloud-based account and deal info without having to toggle between cloud services. Collage is initially available only for iPad, with iPhone and Android phone versions coming later.

At launch, the downloadable Harmon.ie app pulls Yammer posts, metadata from Office 365 documents, and feeds from Salesforce Chatter into one activity workstream. More services will be added over time, and pricing is $4/user/month.

Possibly more importantly than aggregating the updates, Collage is also designed to automatically connect the information based on topics — which could be a customer name, a project name, or a sales opportunity. Users can filter or modify the way Collage presents the information, or can modify the way it makes associations.

Cohen said that “we’re entering into an era of topic computing, when [a system] can deduce topics” and automatically assemble content from a variety of sources. 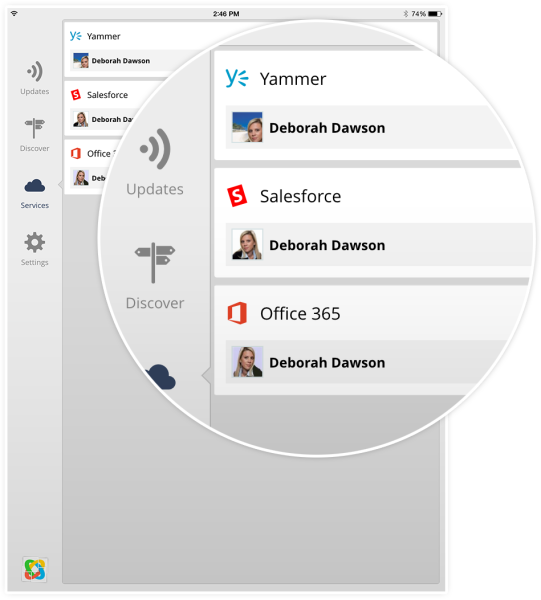 Above: Harmon.ie’s Collage brings together contacts, as well as updates, from several cloud services.

If a user enters a document or other task from the dashboard, Collage launches the supporting cloud app, such as a Salesforce record, an Office365 document, or a Yammer conversation.

“All of these apps are creating silos, because they’re not integrated,” he said. “We’re trying to help the information worker stay lucid.”

Harmon.ie, founded in 2008, previously offered an environment that allowed collaboration with documents and information from Office 365, SharePoint, Yammer, and Lync only, and there was no deduction of topics.

Cohen said that competitors include BigTincan.com, in that it also pulls information from multiple sources. But, he added, “they are more about multiple content repository access, connecting to Office 365 and Box from a single interface.” Collage is more focused on connecting status updates and communications, he said.

He also pointed to Salesforce and Microsoft Delve as providing “federated access to multiple apps,” but primarily for their own apps. And Box, he said, has indicated they’re trying to become more of a hub for multiple systems, at which point “we’ll be in the same space.”