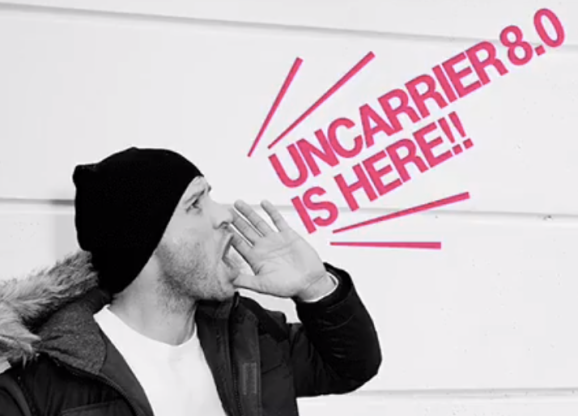 T-Mobile’s latest “Un-carrier” pitch is here: In an effort to stand out from the pack, the mobile carrier now lets all users save their unused data.

That is, if you don’t use up your monthly allotment of data, that data rolls-forward to the next month.

The program sounds quite a bit like AT&T’s rollover minutes program, which enabled customers to save unused minutes for later. And like AT&T’s plan, T-Mobile’s Data Stash comes with a catch; The Data Stash program actually starts users off with 10GB of banked data — a nice offering, for sure — but T-Mobile says unused data only starts rolling over after that 10GB is used up. So, users will have to plow through that initial 10GB in order to start saving their data for later.

In addition, the Data Stash program requires customers to subscribe to a “postpaid Simple Choice plan” with “4G LTE data, 3GB or more for smartphones and 1 GB or more for tablets.”

Fine print aside, this is still an interesting move. It’ll be interesting to see if competing carriers react with similar plans next year.