Zynga is unveiling today that it is working on a new mobile version of the action-strategy game Empires & Allies. But the mobile game differs from the earlier Facebook version in a very important way: it replaces the cartoon visuals with more realistic modern combat art.

In that sense, Zynga is taking Empires & Allies to a more hardcore audience. The original Empires & Allies debuted on Facebook in June 2011. The free-to-play turn-based strategy game soared to more than 39 million users in its first 25 days. It had a more accessible, cartoon art style, and the combat wasn’t graphic by any means. But the game fizzled out, and Zynga decided to shut down the Facebook web version in April 2013.

But the action-strategy genre is now one of the most popular categories on mobile, dominated by Supercell’s Clash of Clans. The beta test for Empires & Allies marks the first step for Zynga and its “commitment to this category throughout 2015,” the company said in a blog post today. The game is being built in San Francisco by a team of veteran real-time strategy developers. That team includes Mark Skaggs, who was one of the leaders of Electronic Arts’ modern combat real-time strategy PC game franchise Command & Conquer. Skaggs did that work at his former employer and joined Zynga early on. At Zynga, he worked on titles such as FarmVille and The Ville.

Zynga has to bring out the big guns to compete in this category. Clash of Clans has been No. 1 on the top-grossing lists in mobile for a couple of years, and Supercell launched its cartoon-like Boom Beach combat game earlier this year. Zynga’s art for the new Empires & Allies looks a lot more like the original Command & Conquer series. That may help it land a lot more hardcore players, but it’s not that simple. EA has tried launching Command & Conquer as a free-to-play game, but it hasn’t had much success so far. The game has to walk a fine line in that it has to be appealing to the core audience, but it also has to be accessible enough to reach a larger mainstream audience.

The new Empires & Allies is reimagined for a mobile audience based on player feedback and insights the team has learned over the years, Zynga said. It will be a realistic modern military-strategy game where players can control their units. The title is now in its initial geolock beta release, meaning it is being tested in one territory. If all goes well, Zynga will add more territories. The company says that it will test the mobile version for weeks or months, and it will improve the game based on player feedback. 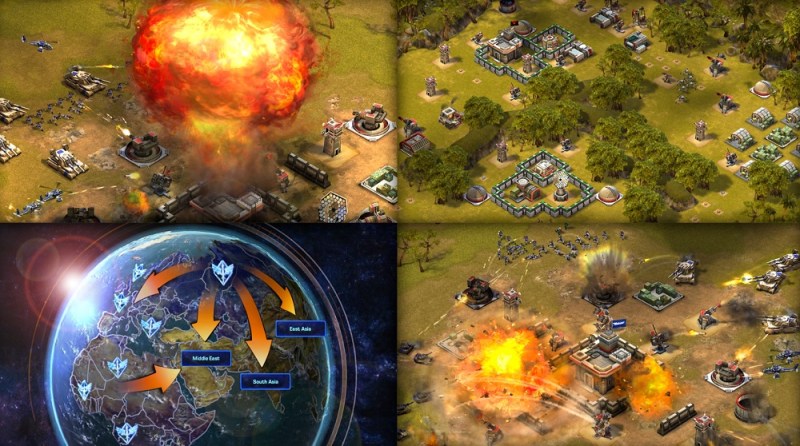