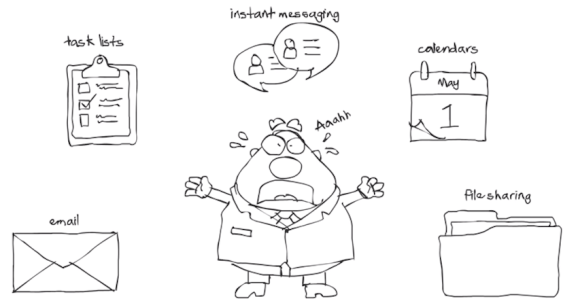 Does the world need another collaborative environment?

Yes, according to Scott Schreiman. He’s the head of Samepage, a division of productivity software provider Kerio Technologies. Samepage soft-launched its “content with context” platform last year and will formally introduce it early in 2015. The company recently gave VentureBeat a preview of its plans.

“Collaboration is broken [and] we see this in the marketplace,” he told VentureBeat. “The void is in contextual engagement.”

“No one in human history has ever said, ‘Let’s meet at the file cabinet.’ ”

Instead of separate tools, he said, what is needed is a “common picture of work you’re doing.” To establish context, Samepage is designed to organize content around creation of a page.

Samepage brings together a variety of functions, including file storage and sharing, instant messaging, maps, calendaring, tasks, and commenting. 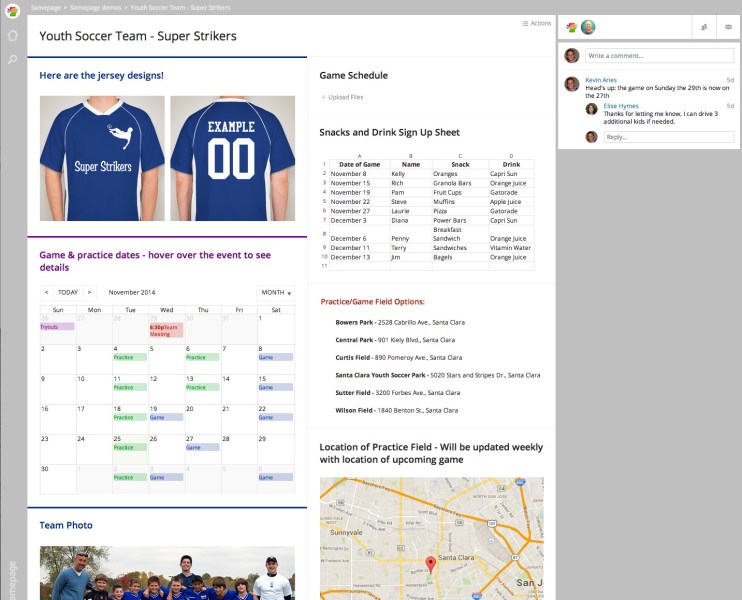 Above: A soccer team’s use of Samepage.

Samepage is accessible through a browser, and there’s also an iOS app that allows storage in the company’s cloud-based file storage. The service itself is free for up to ten users, after which the charge is $10/user/month. This paid level also includes such additional business functions as authentication, directory integration, controls for user access, and auditing.

Schreiman sees Samepage as providing a more complete picture for users than current collaborative solutions. He groups those tools as ones primarily providing file/syncing/sharing functions, such as those from Google, Apple, and Microsoft; task management, like Asana and Basecamp; and conversations, like Yammer.

There are, of course, dozens of collaborative environments of various flavors, including those that combine communication and file/task software, such as Bitrix24, Podio, Jive, Tibbr, and Zoho Docs. But no one yet owns the space for consumers and smaller businesses, where the kind of all-in-one, easy-to-use environment that Samepage promises is required.