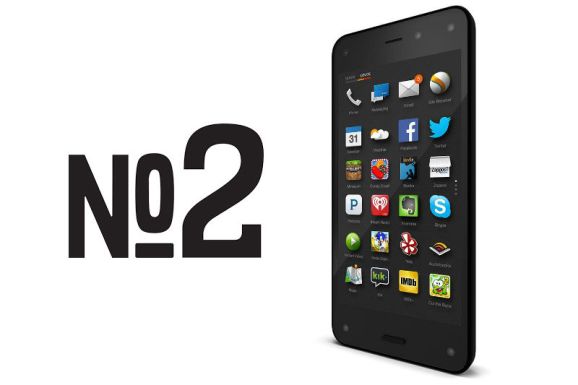 Amazon has indeed been working on a followup to its ill-fated Fire phone, but will not release the new model until 2016, several sources close to the situation have told VentureBeat.

Amazon has been working on the phone for months, but, thrown back on its heels by the frighteningly poor sales of the first Fire phone, has “gone back to the drawing board” as one source puts it. Amazon is trying to figure out which features to put in the new phone that will make it a success.

The fact that Amazon is working on a successor to the Fire phone is not a surprise. The indication that it might take more than a year for that successor to appear is unusual, however.

The company’s CEO Jeff Bezos is still very much behind the idea of selling a phone, our sources say, and has kept the project on the agenda. Bezos said in a recent interview that he feels the product is still a very young one, and that Amazon will continue to “iterate” on the phone in the coming years.

But the fact that Amazon would pass up the opportunity to release the phone before the holiday season next year suggests that there is a significant amount of rethinking going on among the people planning features for the next Fire.

Amazon was forced to report a $170 million charge in unsold inventory of the first Fire phone in its third-quarter 2014 financial results. While no official sales numbers were released, the price of the phone was quickly reduced after its launch last summer, and eventually was selling for free with a two-year contract on AT&T.

Bezos and company put a lot of clever, unique things into its first smartphone, including a 3D interface and a Firefly feature that promised to integrate the phone (and your surroundings) into Amazon’s virtual warehouse. While these features seemed groundbreaking at the time of the product launch, none proved very useful in the real world. The reviews were lukewarm at best. The device didn’t outdo the competition in any one area, and it certainly couldn’t do everything well. Plus, it was pricey.

Amazon has been successful selling new products into wholly new market, as it did with the first Kindles (and possibly the new Echo), one of our sources pointed out. It’s also been successful selling inexpensive products into mature markets, as with the later Kindle e-reader models. With the Fire phone, Amazon attempted to sell an expensive product into an already mature market (smartphones), and failed, our source said.

So Amazon is faced with the task of either selling a far less expensive version of the first phone, or adding features into the phone that the market hasn’t seen before — and that people actually want. That second option seems like a tall order.

Amazon did not respond to requests for comment on this story.