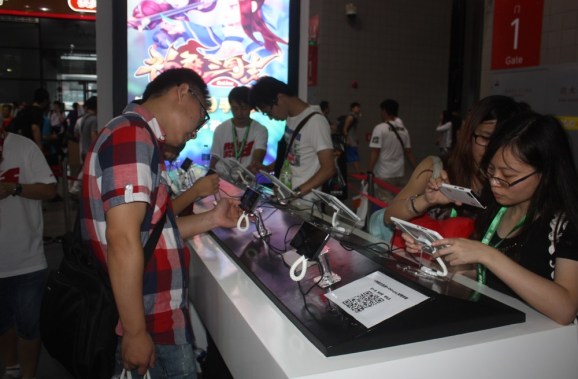 Mobile games on display at the ChinaJoy 2014 event.

With over 517 million gamers, China’s market is second only to the U.S. in terms of earnings. A report released by Xinhua News Agency showed that a boom in mobile gaming — thanks to increased smartphone penetration — helped drive impressive growth of around $5 billion from 2013. For comparison, the U.S. industry is worth an estimated $20.5 billion this year.

It’s little wonder that console giants Microsoft and Sony want a piece of China’s gaming economy, but competing in a predominantly PC- and mobile-driven market — dominated by local developers and publishers — will be tough.

Back in August, independent market researcher Niko Partners estimated China’s mobile-gaming market would hit $2.9 billion in 2014. The actual mobile earnings of $4.4 billion — up a massive 145 percent from 2013 — are even more impressive.

The majority of China’s gaming revenue ($11.7 billion) is from native Chinese developers. Both Shanda Games, the publisher of free-to-play online role-playing game World Zero, and NetEase, an online game developer that is shifting to mobile, saw huge stock appreciation year-on-year, according to Bidness Etc.