The move is a rare big bet on the mass market reach of television, but it’s also another sign that mobile gaming is growing up. Worldwide, mobile games are expected to reach $30 billion in revenues in 2015, surpassing overall revenues for console games, according to market researcher Newzoo. Rival Machine Zone also launched a TV campaign with supermodel Kate Upton to recruit more users for Game of War: Fire Age. But while that game has been generating hundreds of millions of dollars in revenue for the past year, Ucool’s game is less established.

Jim Ngui, the producer of Heroes Charge, said in an interview that TV advertising is actually cost-effective. It hits a wider net of mainstream users than targeted mobile gaming ads. But the cost per install of mobile gaming ads has been rising so much that TV doesn’t seem so outlandish anymore, Ngui said.

“We are going very heavy with traditional advertising, both online and offline,” Ngui said. “TV is not more targeted, but it helps capture a wider net.” 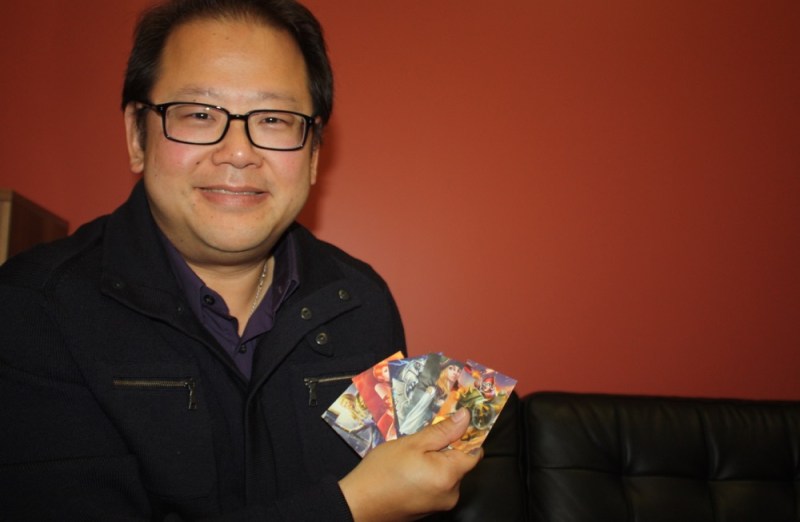 The title has a lot of cool action as teams of warriors fight in a side-scrolling battle against teams of enemies in a fantasy setting. The iOS and Android title is already successful, with more than 6 million downloads worldwide. The title is No. 1 in 120 countries in the role-playing game and card-battle category. It’s particularly strong in Asia, said Ngui. But one of the reasons for the TV campaign is to introduce the game to Americans. The game has good retention, with 24 percent of players still playing the game after a month.

“Ucool is going huge across cable this holiday season to reach mainstream consumers who are second-screening their favorite TV shows,” said Lu Lu, the chief executive of Ucool, in a statement. “We know players are enjoying games on their phones and tablets as they watch South Park on their TV screen. Our game delivers that powerful adrenaline rush players are seeking between moments of their shows. With action-packed battles, a vast array of colorful heroes, quick progression, and rich rewards, we know that once players get a taste of Heroes Charge, they’ll be hooked.”

The 30-second commercial was created by Brazen Animation and Failsafe Creative Group. It features popular characters from the game, including skeletal warriors getting zapped by the electrifying mage Emberstar. The title is cute and fun, and it doesn’t have a high barrier to entry. So while the content is hardcore, it’s also accessible. And that means it makes more sense to do the wider audience TV ads, Ngui said.

Ucool is releasing a new update that introduces hundreds of hours of new gameplay. It is also raising the level cap from 80 to 90. It has a new Grand Arena for 15-on-15 multiplayer battles, and it is also introducing the Outland Portal, where random bosses break into your homeland. The game also has three new heroes with the update.