If Amazon’s $79/year Prime membership didn’t appeal to you this time last year, chances are 2014’s developments have put a slightly different spin on the service. Even though it now costs $20 more.

Launched in 2005, Amazon’s annual subscription was traditionally all about the free two-day shipping. We say “free,” but you were of course paying a yearly fee for the privilege, so you’d have to be a semi-regular Amazon shopper before you’d truly receive free shipping.

However, Amazon has been adding a ton of incentives to the mix in recent times to make the subscription an easier choice. In addition to Prime Instant Video, which lets those in the U.S., U.K., and Germany access a decent selection of movies and TV shows on demand, similar to Netflix, since 2011 users have also been able to access the Kindle Owners’ Lending Library, which lets them borrow one e-book each month.

In 2014, Amazon has been dangling larger carrots on even shorter sticks to tempt customers onto a Prime membership.

In the past 12 months, the Internet giant has launched a free, ad-free music-streaming service for Prime members, unlimited cloud storage for photos, and an “ethical” own-brand line of products. You can also forget about one- to two-day shipping — Amazon has been ramping up its same-day offering across a myriad of cities throughout this year, with Prime members getting preferable pricing treatment.

Today, however, Amazon revealed the biggest sign yet that it really, REALLY wants you to sign up to Prime. Although it’s only open to those in Manhattan for now, Prime Now is a one-hour delivery service for “tens of thousands of daily essentials,” such as books, toys, soap, cereal, batteries, and general groceries.

The one-hour delivery slot will set Prime members back $7.99 though, so it’s probably best suited for larger orders or for those who are truly desperate for a pack of paper towels. However, sandwiched in between the main news was that there would also be a two-hour delivery window that costs a grand total of zilch. Zero. Nada. 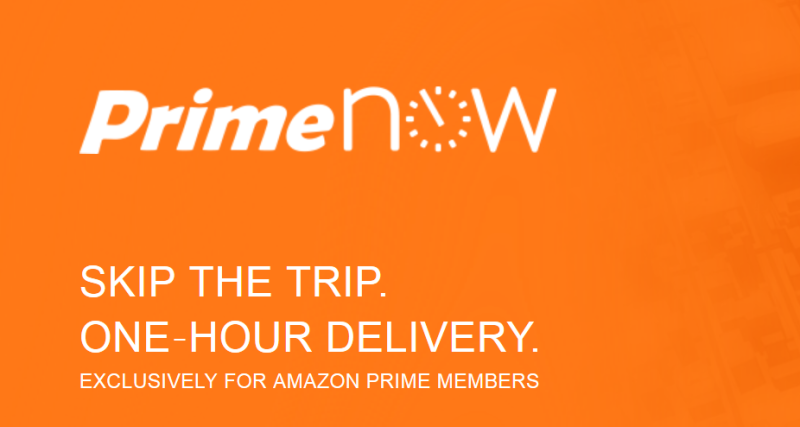 It’s still early days, but Prime Now will be rolling out further afield and into more cities in 2015, so this is more than an experiment. This is a proper game changer, one that will surely sway many to commit 99 of their hard-earned dollars to Amazon each year, and it’s for this reason that local retailers and grocery stores should be very afraid.

It’s not the first time that Amazon been fingered for killing small businesses, be it your friendly local bookstore or independent electronics retailer. But with an increasing number of incentives for those yet to sign up to Prime, those who really want the membership for free e-books, music, and/or movies, also now have free local deliveries on quite a number of items, within a 2-hour timeframe. So, you know, why not use the service?

2015 will be an interesting year in e-commerce, with Amazon increasingly fighting for your every dollar. With Prime Now’s wider rollout on the horizon, you can bet your bottom $99 that Amazon just gave itself the best chance of winning.