Startups have a multitude of marketing channels available to them: websites, landing pages, email messages, social media, and more.

So what happens if you take all those and add one more marketing channel by launching your own tech conference? That’s what we did at Zula, and I want to tell you why you should do it too.

It all started a few months back and only 30-45 days before we hosted our NYC event, “The Zula Messaging Summit”. We were sitting in our HQ and discussing our product and marketing efforts. We thought to ourselves, “We are doing marketing pretty much by the books, but what can we do to kick it up a notch? What can we do in addition to our various channels that will help establish our name, our brand, as an authority in the team communication space?”

We decided to go a little nuts and host our own event. I will admit that for a second there, we weren’t sure we could pull it off, but we were going to try and give it our best shot. Did it work?

That is a good question. Before I talk about the lessons we learned, it is probably best to address the question of whether it was even a success. So here are some stats:

So, as far as our goals for the event, they were accomplished and then some. The Zula Summit was a success. Now, here is the thing. Zula is an Israel-based startup and the Zula Summit was in NYC, so not only did we put together this event in less than two months (it was more like one month), but we did it remotely!

Were we confident from day one that it would be this big of a success? Absolutely not. Did we make mistakes along the way? Yes, we did. The following are five of the most important lessons we learned from putting together a full-blown tech conference while trying to build a startup.

Here is the thing. I might be giving away our “secret sauce” here if every startup does adopt this strategy of hosting a conference about their space, but I am sure of a few things. First of all, most won’t do it because they will either be lazy, or they will convince themselves that this is too large of a challenge for them in their current stage. Second of all, if startups reading this post decide to take my advice and host a conference, I helped a startup, and I will have to think of some new secret sauce. I am not worried about it.

But yes, if you are a startup looking to build out a brand, a brand people recognize, a tech event, even if it’s a small one, can accomplish wonders. However, and this is key, don’t think for a second that you can make an event about you and your product, and it will succeed. From day one, we were all in agreement that Zula Summit would not be about Zula, but about the space, the market, how far it’s come and where it’s going.

In fact, the day before the event, one of our competitors raised a gigantic round of financing so it was only natural that some of the speakers would talk about that competitor in their presentations. They did, and it was OK. Yes, we gave the stage to our biggest competitor. Remember, this isn’t about you, it’s about providing valuable content about your space, thereby establishing a voice for you.

Here is the most important thing about hosting a conference. You need great content. I know, seems obvious, but I mean GREAT content. Aim high because if there is one thing I have learned over the years working in tech, it is that people are generally into the whole “helping out another startup” thing. Make yourself a master list of people who are dream speakers for you. I aimed super high and some of the people I approached said no because they couldn’t make it to NY that week or they had a different conflict but none of the people I approached, and I approached some big dogs, laughed at me and told me to stop bothering them with this nonsense.

And so, we booked some pretty amazing speakers, and once we did, we knew the rest would be a whole lot easier. And it was.

Once you get the big names, then and only then establish your ticket price and strategy. My advice? Not too low, not too high. Remember, you are not a huge brand name (yet) that can charge thousands of dollars for a ticket. Charging $25 is also a bad idea because people might not take you seriously. We had an internal debate but ultimately went with $250 for a ticket. But again, only because we had the content to back it up!

So make a list of names, write down the topics you want them to cover, then get to work reaching out to those speakers one by one, which leads me to my next point!

3: Be Personal or Go Home

If you think you are going to tweet to some people to speak at your event or to buy a ticket to your event, and fill up seats that way, you are sorely mistaken. I know, the word “relationships” has become somewhat of a buzzword, but this whole event thing won’t get off the ground if you can’t be personal.

When it comes to the speakers, everyone I brought on was either someone I had built a relationship with for years or someone that was introduced to me via a friend. Nothing here was done on autopilot, and nothing was done without a personal touch.

The same goes for ticket sales. Yes, I tweeted and posted about the event on my social networks, but I tried my best to make it a personal experience. I also made codes for discounted or free tickets, which I distributed personally and privately. The astounding metric we discovered at Zula Summit is that I can count on one hand the number of people who signed up for the event and did not show. Why? Because anyone who got a code for a free ticket got it from me directly. Now, I know that process sounds unscalable. Maybe, but the hours it took me to engage my audience personally was a worthy investment. I didn’t make anyone commit to showing up but anyone who had a free ticket understood from me that the tickets were in high demand so if I am giving them one, it is sort of understood that they will show up. 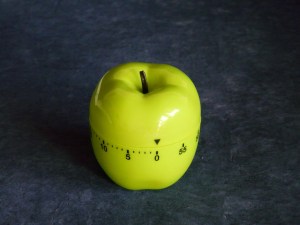 A lot has to go into hosting the conference. Scheduling, tickets, billing, landing pages, websites, social integrations, and on. You don’t want to waste your time on this stuff! You can do it all alone but why would you when there are platforms out there built for this exact use case?

We used Evolero for this and to be honest, we weren’t sure in the beginning. After all, there are others in the event space that are much bigger and more successful than Evolero. Companies like Eventbrite and Meetup. We chose Evolero because we knew them (see point above about being personal) and had been impressed with the company in the past.

We could not have been happier. Using Evolero we set up our landing page for the event, and we instantly had a ticketing system with billing. Evolero gave us the template we could use to add and customize the agenda with little hassle. All the social integrations we needed for sharing the event on the social web were included, as well as seeing who was talking about Zula Summit and what they were saying in real time.

The Evolero team, while offering great customer service in general, quickly realized that this event could help generate great traction for their platform, and were always readily available to help when we needed them. I sat with the team the other day and sure enough, between the blog posts, the tweets, and the general buzz, the Zula Summit created an unprecedented amount of traffic. And they deserve it, because without Evolero, the Zula Summit would never have happened.

Find a platform that meets your needs and leverage it.

5: The Event Itself is Nothing but a Diving Board

Throughout the process of planning and executing this event, don’t forget why you’re doing it and what the goal is. Not to sound too cynical, but you aren’t doing this out of the kindness of your heart. At the end of the day it is a marketing initiative. Does that mean you should use the event to sell your product? That is about the worst thing you can do!

Having said that, every time someone registers for your event reach out personally and say thank you. Monitor what people are saying about your brand and your conference, and be friendly, whether their feedback is negative or positive.

For example, I had one person who had an issue signing up and later asked for a refund. Now we all know it only takes one mistake to ruin a brand’s name when you are in the public domain. I replied to him on Twitter and took care of the issue. All was then good in the universe.

Make sure to engage with your audience before the event, during the event, and, most importantly, after the event. If your product can be used throughout the process, that’s even better. Zula is a messaging app so, for us, it was a no-brainer to use it. Anyone who attended the conference could speak to me, the other Zula team members, or anyone else in the room using Zula. People loved that and the engagement was through the roof!

If the event ends and you don’t continue the conversation with the people who attended your event, you just missed out on a tremendous opportunity. Send a thank you email with all the sessions attached as videos or even the actual PowerPoint presentations. Ask the speakers for their presentations after you thank them by email. (Don’t forget those thank you messages!)

Ask them for feedback, positive or negative. Ask them what they were missing at the event. Ask them about the food! I mean, who doesn’t have a strong opinion about food?

Once you are maxed out on engagement and you begin to get the feeling that you may be annoying some people, then send that one more message letting people know that they should prepare themselves for next year’s event, which will blow this one out of the water (and will of course include all their feedback).

Then go back to your original document with the goals and strategy for this conference and put a little check near the item called “build an engaged audience and establish our name as an authority in our space!”

Kudos on executing a great marketing initiative, now get back to building the company!