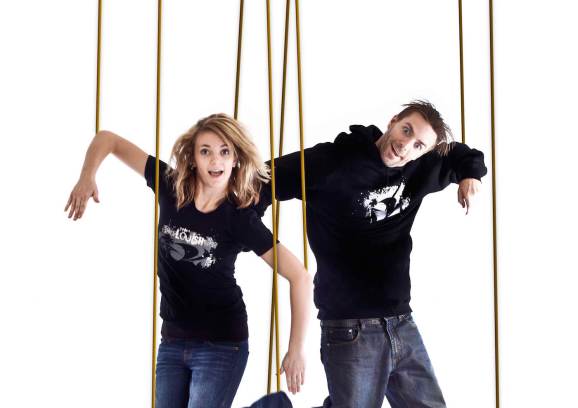 Who's holding the strings now?

In the tech industry, we celebrate raising money as a victory second only to that of a successful exit.

And while I recognize that venture capital is often an unavoidable requirement for growing a business, most entrepreneurs, and the tech community at large — who often seem to push people into raising VC — would be better served viewing it as a necessary evil as opposed to an absolute win.

I’m sure you’ve heard the horror stories of entrepreneurs getting fired from their companies by their VCs, but most of those stories only tell the tale of the final straw. Have you ever thought about all the intermediate steps and indignities that came before the firing? Before those entrepreneurs signed the first term sheet, whatever they were working on was theirs and theirs alone. If you think about it, it’s a long journey from owning it all to getting fired from your dream. That’s a journey that is rarely discussed and not well understood.

The differences between entrepreneurs who have maintained control and those who have sold their soul for funding are often subtle. For example, every year I take a group of entrepreneurs on an overseas adventure and I’ve noticed that the ones who have raised a lot of money are far more concerned with optics. A few of them even told me they were afraid to post pictures on Facebook for fear that their investors would get the wrong idea. This didn’t just apply to the young founders who raised a few hundred thousand. Even CEOs who had raised tens of millions of dollars and had successful track records were much more concerned about what people might think compared to the entrepreneurs who were in majority control of their companies. The ones who were in control never worried about what anyone thought of them.

Generally speaking, I’ve also found there is a different level of confidence in the entrepreneurs who bootstrapped or who only raised a small amount of money before reaching profitability. Perhaps it’s simply a byproduct of being profitable, but I think there’s more to it than that. The “in control” entrepreneurs generally have a much easier time making decisions than the funded ones.

Without all the different owners to please — and make no mistake VCs own your company — the “in control” entrepreneurs are far more likely to give immediate answers to something that might be months away. The funded entrepreneurs are almost always more uncertain about the future. They often have to check with several different parties before making a decision.

These may seem like minor observations, but think about how these questions would wear on you day in and day out: “Can I say this? Can I do that? What will my investors think?”

It might be a bit extreme to suggest that raising big money no longer makes you an entrepreneur. After all, the company was your idea and you started it on your own. But forget the origin story for a second and think about your role and responsibilities after receiving a large majority investment. Can you be fired? Yes. Do you have a boss? In the form of a board, yes. Who has final say, you or your boss? Your boss. Well, if you have a boss who can fire you and has final say, aren’t you in the same position of weakness as someone who has been hired by the company to do a job and can be fired if the company doesn’t approve of the way they’re performing? You might own a larger percentage of stock than a hired employee, but if it’s not enough to keep you in charge then you’ve reduced yourself to the role of a senior manager, tragically negating the primary reason you became an entrepreneur in the first place.

As I said earlier, I understand that venture capital is often an unavoidable necessity for growing a company. But even when it goes well, when it doesn’t end with someone getting fired from their own startup, raising a large amount of money comes with a slew of personal costs far beyond the valuations on the term sheet: Your independence. Your confidence to make decisions without worrying about pleasing your investors. Even what you feel is appropriate to share with friends. All of these things are negatively affected when someone else owns the majority of what you started.

If you have no choice but to make the deal and take on significant funding to realize your dreams, then by all means do it. But if it’s possible, if you can build your company without or with minimal outside funding and avoid the strings that come attached to venture capital, then be like Ultron. Because isn’t the freedom of having no strings holding you down the main reason you decided to become an entrepreneur?