2014 has been an exciting year for mobile advertising. As more and more brands and agencies are starting to figure out mobile, standards are being created, benchmarks formed and best practices refined. However, the best is still ahead for mobile and the next two to three years will shape the future of the medium that will eventually rule them all.

Here are some of the current trends being formed now and will bear fruit in the coming years.

Our interactions with digital devices will be in a mostly app-centric environment. This is not a dream or a philosophy, it is a reality. ‘Mobile Majority’ is a term you hear a lot these days. It highlights the fact that in 2014, over 55 percent of Internet usage in the US comes from mobile today. But when you say mobile, what you do you mean?

While in a mobile environment, users spend 86 percent of the time in applications – up from 67 percent just a year ago.

Most major publishers have crossed the ‘tipping point’ and now have more mobile inventory than desktop inventory. However, most of their mobile inventory is mobile web and they are facing challenges monetizing it. And so, many publishers now try to re-imagine the user experience in an app-centric environment, breaking down their different use-cases and offered functionalities into different apps. This unbundling of use-cases, or as Fred Wilson calls it ‘app constellations,’ enable a single login and an easy, seamless navigation experience. The jury is still out when it comes to the effectiveness of this model but the point is that publishers are gearing up towards an app-centric world. This effort is focused on content and user experience but monetization will follow suit and mobile native ads are the harbingers of this evolutionary process.

The fragmentation of users’ time and attention across screens requires advertisers to run different campaigns, with different budgets and goals, across different screens. The advertising platforms of the future will be built to do just that.

And so, in the near future, the planning and onboarding, measuring and optimizing of campaigns running on different screens will be done from single, centralized dashboards. Many of those dashboards are going to be a part of ‘full stack’ ad platforms as more players in this space are working to capture more parts of the ad tech value chain, as beautifully visualized by the now epic Lumascape.

The vast majority of these platforms are going to be programmatic.

Mobile programmatic advertising grew by 300% this year. According to eMarketer, mobile will surpass desktop next year, accounting for over 56 percent of all programmatic ad expenditure in the US. To me, that figure makes a lot of sense because programmatic is more natural to mobile. In the early days of mobile, browser-based and mobile web inventory was not monetized by the large publishers. When publishers finally started selling it, they viewed it as remnant or non-guaranteed inventory and either bundled it into larger directly sold packages as bonus impressions or naturally directed it into non-direct, automated channels. When apps arrived, most publishers (in this case, app developers) were not large enough to afford direct sales resources so monetization mostly went through – again – non-direct, automated sales channels.

Today, the term programmatic is used to describe two main types of automated ad buying models: Exchanges, which are automated marketplaces that facilitate the auction-based buying and selling of ad inventory from multiple sources, and Programmatic Direct, which is the automation of the old direct sale process.

Exchanges can be categorized as either open exchanges, a neutral, usually RTB-based marketplace that is open to (mostly) all buyers and sellers, and private marketplaces (or exchanges) that enable supply-side players to selectively invite advertisers and agencies to bid on auctioned inventory. According to eMarketer, private marketplaces represent roughly 10 percent of exchanges but are expected to grow to represent 30 percent of all exchange types by 2016.

We are definitely seeing a consistent rise of private marketplaces, mostly because they provide (or at least are perceived to provide) a controlled and transparent ‘safe haven’ with a premium feel to it, making it more comfortable for publishers to direct more of their premium pools of inventory to that environment.

I anticipate that the ad platforms of the future will combine open exchanges, private marketplace and Programmatic Direct models, a combination that will minimize channels-conflicts and introduce more efficiencies in general.

Just like the user experience in an app-centric environment is being re-imagined, the same is true for the ad experience, and we are starting to slowly see the fruit of these labors. Facebook and Twitter are great examples for companies that cracked the code of mobile advertising, at least for now. In Q3, mobile revenue represented 66 percent and 85 percent of total revenue for Facebook and Twitter, respectively.

Native has been the next big thing for years now. There are two levels of ‘nativeness’ or ‘less intrusiveness’ in my eyes — the first, basic level in which a native ad has the same look and feel as the environment it is served on. The second, much deeper level is when the content of the ad is also matched with the content of the surrounding environment. While the second level is much harder to scale, the first level is scalable and works wonderfully within in-feed environments, especially in-app ones. And so, in the last couple of years the first level of native ads has found its ideal medium: applications, where the average CTR of native ads is 1.00 percent vs. 0.15 percent for the same native ads running on desktop.

I foresee that native formats will extend from in-feed to new app environments, across categories and verticals, and that we will see a lot of innovation around that area.

While mobile video still presents challenges for buyers and sellers, especially around quality, scale, safety and measurement, we definitely see a strong increase in demand for this medium. Indeed, according to eMarketer, spend on mobile video more than doubled this year to reach $1.5 billion but is expected to quadruple to over $6 billion by 2018.

Video is still mostly sold through direct channels as publishers prefer to secure the high CPM rates that they can command for such premium, in-demand inventory. However, to unlock the true potential of video, publishers will need to feel more comfortable with selling video on programmatic platforms. Private marketplaces and later Programmatic Demand platforms will make that happen. We are already seeing more publishers using private marketplaces to sell their video inventory and anticipate that this trend will only get stronger.

Other drivers to the mobile video growth will be better connectivity, increased standardization around this medium, better measurement capabilities (mostly around completion rates and viewable impression even though CTRs are still required by most advertisers) and more sophisticated pricing models that either shift the risk away from advertisers (read CPCV, CPMV and even CPI) or provide a known benchmark to TV buyers (GRP/TRP, as part of the challenging ‘share shift’ effort).

It is a well-known fact in ad tech economics that, generally speaking, the rate of supply growth is higher than the rate of demand growth and, therefore, price goes down and display inventory becomes a commodity. By attaching data to inventory, publishers and other players in the ecosystem are trying to mitigate this effect.

The available audience segments on desktop have become very granular in the last few years and fine targeting at scale is very doable in that environment.

The availability of such granular segments on mobile is limited (unless you are Google or Facebook) but we see that even the addition of certain parameters such as device ID or lat/long (geo) can increase average eCPM rates by 2-5X.

I anticipate that the audience segments that will be available on mobile will be more granular and, as mobile becomes more programmatic, more readable by bidders, making fine targeting at scale more achievable. 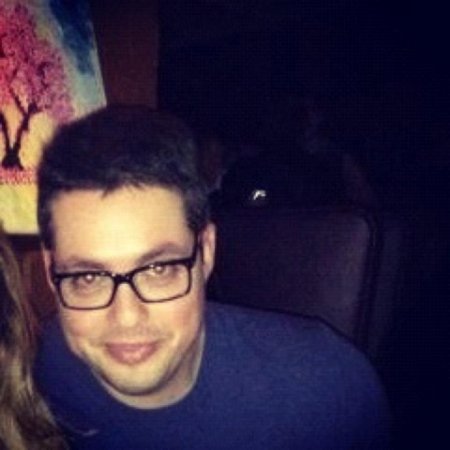 Based on the trends and numbers above, the explosion is real and it is right around the corner. We are just getting started!