Despite the crash of Virgin Galactic’s SpaceShipTwo, which killed one pilot and seriously injured another, the company says its customers are still “incredibly strong and supportive.”

In a highly optimistic blog post today, Virgin founder Richard Branson claimed that even after the deadly accident in California’s Mojave Desert, which has likely indefinitely delayed initial passenger flights into space, “a huge number [of customers contacted] us to reaffirm their desire to fly with Virgin Galactic.”

Virgin Galactic hopes to be the first company in the world to fly paying passengers into space. Tickets for the flights into low-Earth orbit cost about $250,000. But even before the accident — which is currently thought to be a result of pilot error — the program had been delayed for years, with no known first takeoff date.

Still, Branson wrote that one customer, Iceland’s Gisli Gislason, had not only reaffirmed his intention to travel to space, but had sent in a photograph of himself with a new tattoo of what was Virgin Galactic’s “DNA of flight” logo. 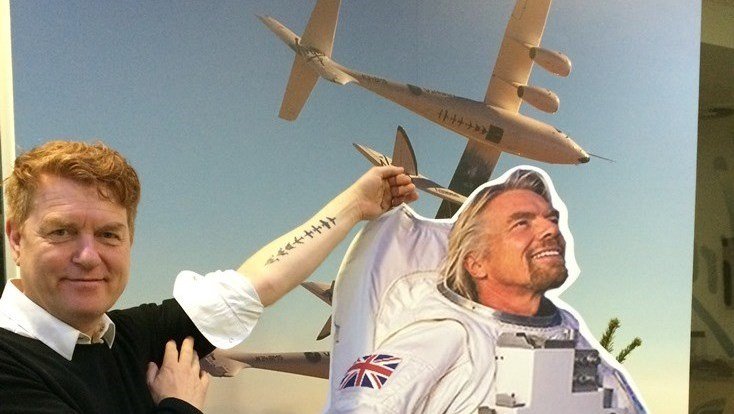 Above: Would-be Virgin Galactic passenger Gisli Gislason shows off his ‘DNA of Flight’ tattoo in a photograph with a cut-out of Virgin’s Richard Branson and SpaceShipTwo

“Since the tragic events of October 31st 2014,” Branson wrote, “people have been asking Gisli if he is still on board the Virgin Galactic journey. Gisli captioned the photo with the comment: ‘Now people can stop asking me if I am still going.’”

In an interview with VentureBeat, Gislason said that not only is he still fully on-board, but so is every other would-be Virgin Galactic passenger he knows. Gislason said that there are regular meet-ups of the passengers — at Spaceport America in New Mexico, and elsewhere around the world — and that, “Believe me, everyone I’ve talked to, they’re still going. This changes nothing.”

Gislason said that he had bought his Virgin Galactic ticket in 2010, but had been committed to going to space since he watched the Moon landings in 1969 as a 9-year-old. Now, he added, those like him who are space romantics are “adventurous, and a little bit crazy….[They’re] not inside the box, they’re somewhere else.”

It’s nice to believe that those planning on space travel wouldn’t be intimidated by an accident, even one as tragic as the crash on Halloween. After all, space exploration has been beset by such accidents from the beginning. Yet even after tragedies involving the Apollo program, the explosions of both Space Shuttle Challenger and Columbia, and others, NASA and other space agencies kept on flying to the stars.

But one might well have wondered if some rich and pampered types, who perhaps aren’t used to true existential risk, would be deterred by the prospect of dying while crossing off an expensive bucket list item. Among those said to have bought Virgin Galactic tickets are celebrities like Katy Perry, Russell Brand, Ashton Kutcher, Leonardo DiCaprio, and others. Even if the stars themselves still wanted to fly, it’s easy to imagine their agents, studio bosses, or insurers balking.

And indeed, in the weeks after the crash of SpaceShipTwo, it was reported that some Virgin Galactic customers did ask for refunds. As many as 3 percent demanded their money back, according to The Guardian. 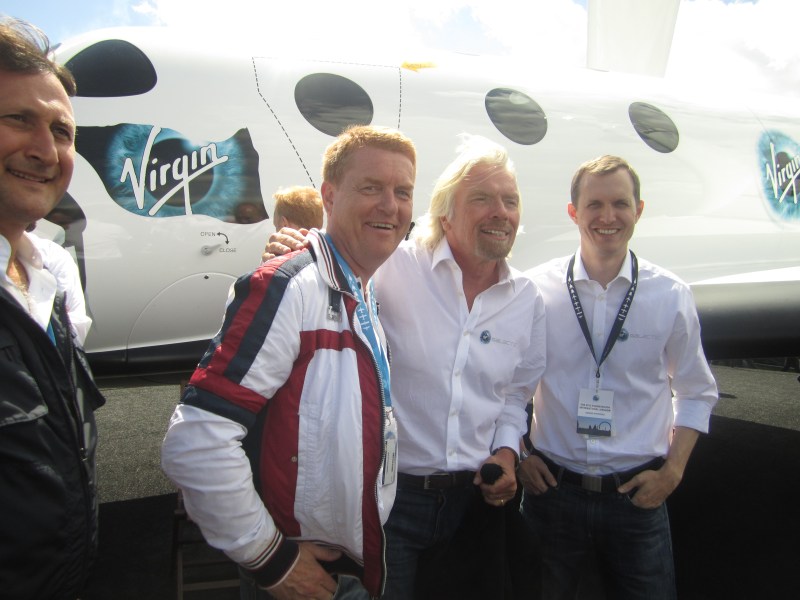 Now, though, Virgin Galactic is arguing that its customers are committed to their flights, and Gislason’s comments would seem to bolster that. Unfortunately, the company only offered up Gislason’s testimonial.

In a statement provided to VentureBeat, Virgin Galactic said, “We are humbled that all but a small percentage of our [customers are], if possible, more committed than before. All of their deposits are fully refundable, but so far we have had very few customers request refunds. On the contrary, have had many inquiries about purchasing Virgin Galactic tickets since the accident, including new [customers] either signing up or in the process of signing up to show solidarity with the team and the project.”

For those of us that would love to take a trip into space, it would be great to put full faith in Branson’s (biased) argument that those who would be star voyagers will not be frightened by the prospects of danger.

“The space community is a committed and supportive bunch,” Branson wrote, “united by a common desire to dream big, push the boundaries, and achieve the seemingly impossible.”