Be sure to also check out our picks for essential Android tablets as well as our recommendations for iPhones and iPads.

It’s Christmas Day, and I’m betting that many of you just unwrapped a brand-new Nexus 6, Samsung Galaxy S5, or other Android phone. That means it’s time for games!

Like Santa, we’ve got a list, and we’re only including the nicest games on the Google Play store. We’ve put together the top games that you’ll definitely want to try on your shiny new touchscreen smartphone.

And while many of the games on this list are “free,” most of these do offer in-app purchases for gear, cosmetic items, and more.

Let’s get right to it! 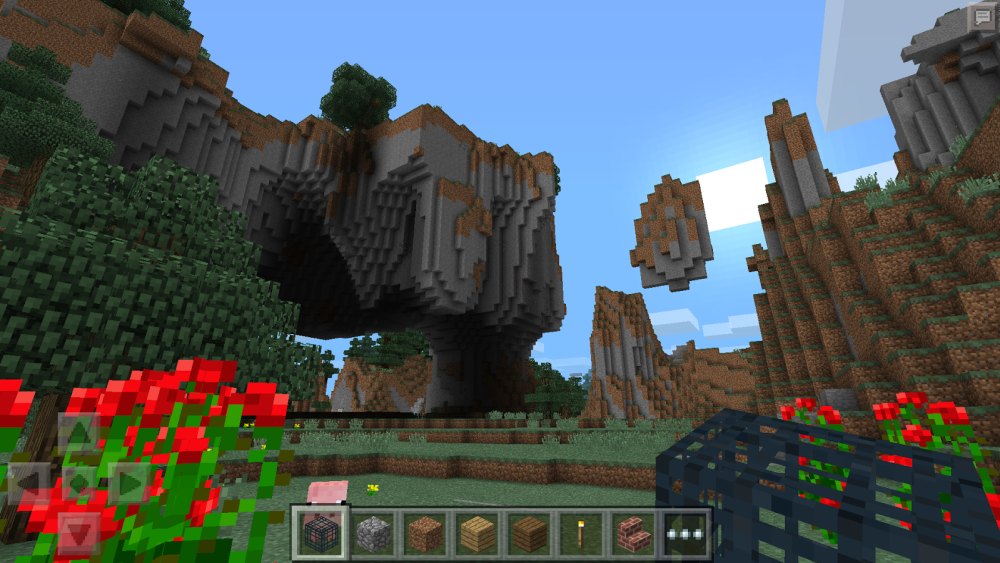 Minecraft is one of the biggest games in the world, and it’s massively popular on every platform you can find it on. That obviously includes mobile. While the game is stuck with the “Pocket Edition” subtitle, that doesn’t mean this is some half-baked version of the “real game.” Developer Mojang has added all of the PC version’s basic features, like crafting, and it continues to improve and update the experience. 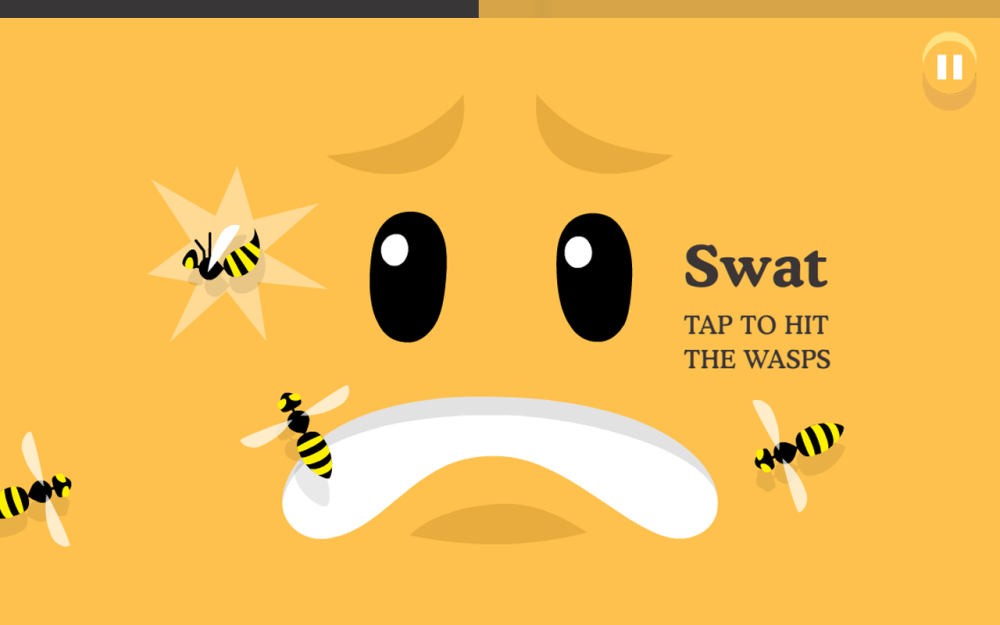 One of the best Game Boy Advanced releases ever was a weird compilation of “microgames” called WarioWare, and Dumb Ways to Die 2 is the best mobile ripoff of that concept. Each level is made up of tiny minigames that only last around 5 seconds, and you need to figure out what you need to do to win within that time limit. It’s often funny, and it’s always a great way to spend a few spare minutes.

The thing about touchscreens is that they aren’t the best for gameplay styles that require a lot of manual dexterity … until now. Retry puts you in control of an airplane that can only do loops. Unfortunately for you, the obstacle courses you must navigate are not ideal for a plane that can only do loops, so you must figure out when and when not to give your aircraft thrust.

Most people game on their phones when they have 30 minutes on the train or 10 minutes at the DMV, and Monument Valley is well suited for this. It’s quiet, meditative, and beautiful. It has you guiding a character through an impossible world that defies the laws of physics, and you must manipulate the world to help it make sense. 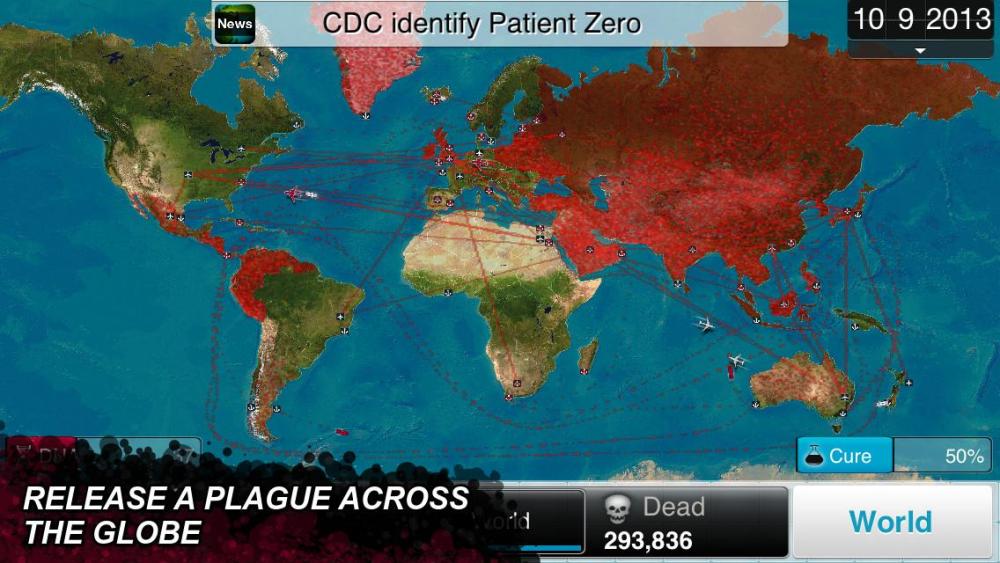 Most games have you saving everyone in the world, but Plague Inc. takes a different route. This strategy game has you designing and evolving a virus or bacteria with the goal of wiping every living soul from the face of the planet. Plague is ideal for when you want a serious game that requires real brain power. 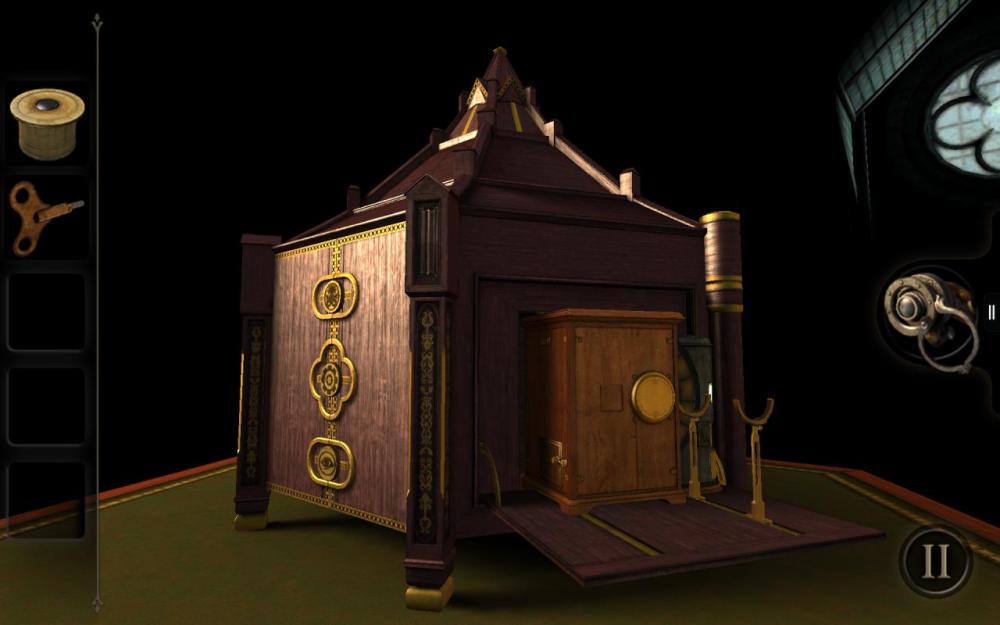 While releases on home console go on about how many square miles they cover, The Room instead chooses to keep players in one place. That doesn’t mean it’s a small experience. Your goal is to figure out the mysteries and puzzles of a box that contains answers that you are seeking out.

It’s platformer game with a very interesting story. You play as a rectangle named Thomas who starts out alone. You know this because a narrator is constantly explaining the inner thoughts of the rectangle as well as the other characters you eventually go on to control. While the presentation is top-notch, the gameplay is just as creative. 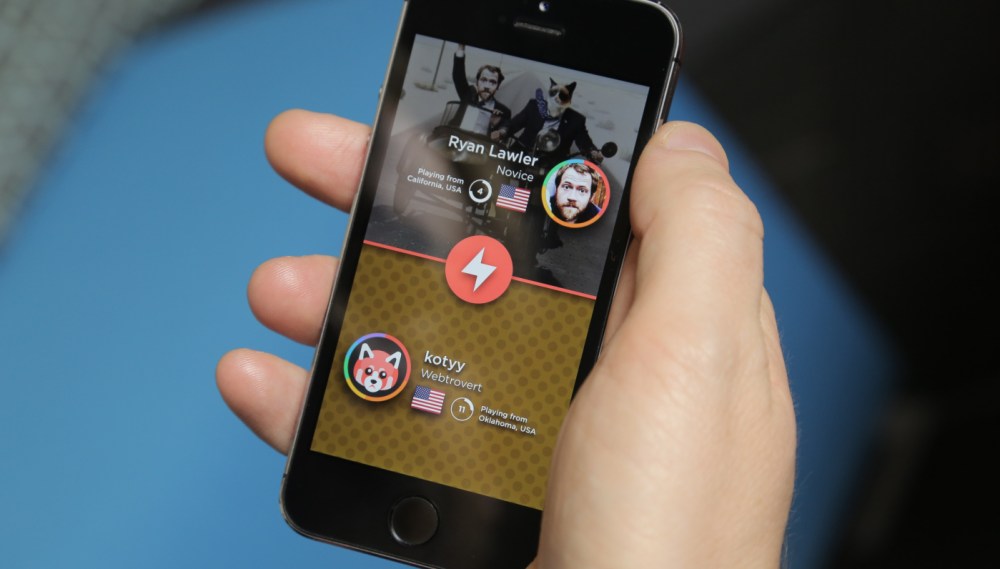 You know everything, so why don’t you prove it. QuizUp let’s you do that by challenging other, live players in head-to-head quiz competitions. Categories cover just about everything you may have knowledge about and many that you won’t. 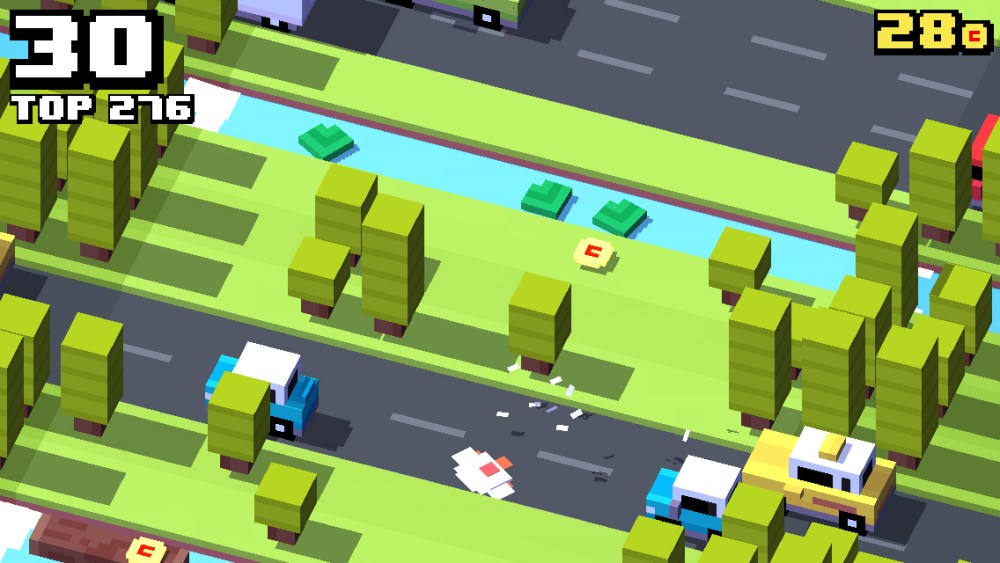 Someone finally figured out how to improve on Frogger. Developer Hipster Whale took the old road-crossing gameplay of Namco’s arcade classic and made it endless. Now, it’s all about how far you can get, and whether your friends can beat you or not. It doesn’t hurt that Crossy Road has an awesome visual style and a ton of characters to play with. 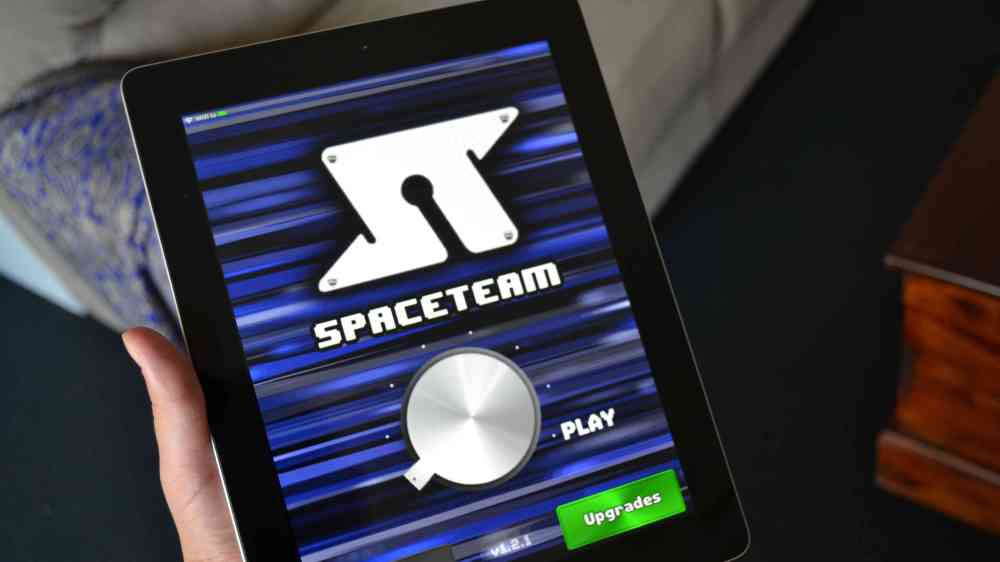 If you’ve ever played Bop It, then you have an idea of how Spaceteam works — only Spaceteam is multiplayer. In this game, groups of people see different instruments and control panels on their own smartphones or tablets. Then everyone starts seeing different commands that might relate to instruments that are on someone else’s screen. The result is hysteria as everyone yells out commands to anyone who can help them. It’s an amazing party game that is even better after a few drinks. 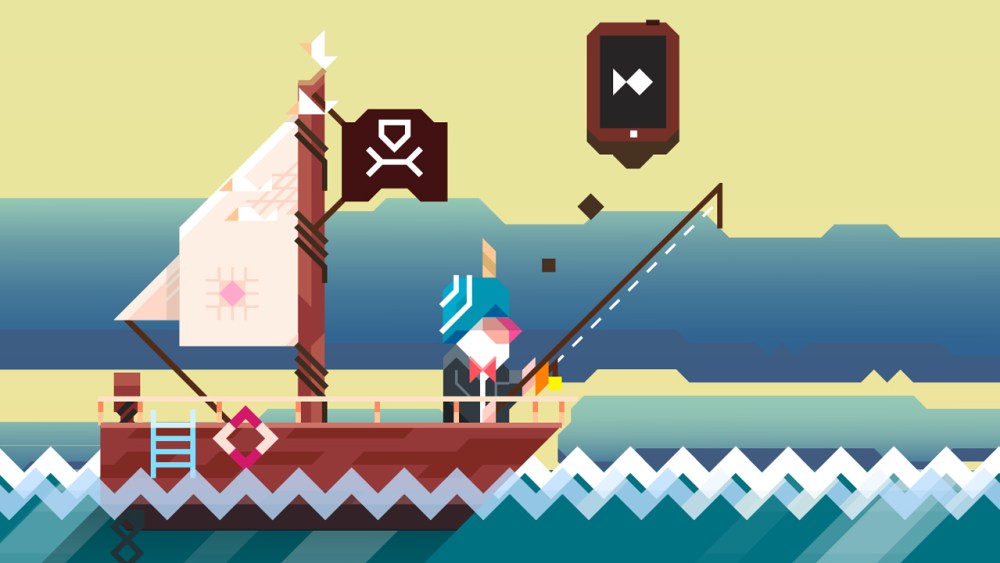 Tilt-control games were a popular genre on Nintendo’s Wii or early smartphones, but that isn’t really the case anymore. But Ridiculous Fishing makes it work. In this app, you fish by sinking your lure as deep as possible by avoiding fish on the way down. As soon as you hit one fish, you start reeling in and collecting every fish you touch on the way back up. To maximize your score, you want to go deeper and deeper every round. 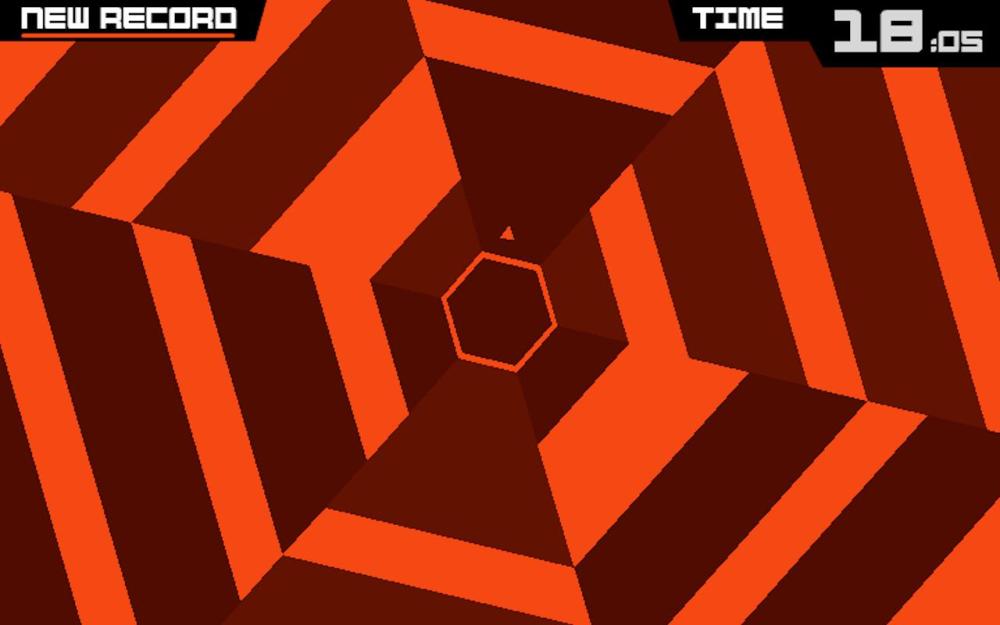 Touch-control games need to favor simple gameplay styles, but that doesn’t mean they need to be easy, too. Super Hexagon is proof of this. You must move around a small triangle as walls collapse all around you. It’s the kind of game where you’ll die in the first 10 seconds nearly every time, but good players get into a trance where they can last for a minute or longer.

Threes is the new standard in puzzle games. Essentially, you just slide around a field of numbers that are 1, 2, 3, or multiples of 3, and only like numbers can combine. The goal is to create as big a number as possible. It’s a simple concept that requires a ton of thinking, which makes it perfect for one-handed gaming sessions.

Here’s another difficult smartphone game that makes the most of its limited control scheme. In One More Line, you control a rainbow-like creation that is shooting through a narrow tunnel. You must avoid obstacles, and the only way to do that is to grapple on to them and swing in a circle. When you let go, centrifugal force carries you off in a new direction. It can put you into a stressful state, but you can transcend that panic once you get the hang of things.

Above: You can finally find out exactly what it’s like to make a game.

Not every mobile game is about firing off one or two minute rounds. Game Dev Story is a sim where you control a development studio. You get to decide what kind of games to make, what platforms they’re release on, and how to spend the budget. If you make a hit, you’ll get more money to make an even better game. The first time I picked up Game Dev Story, I couldn’t put it down for hours at a time. 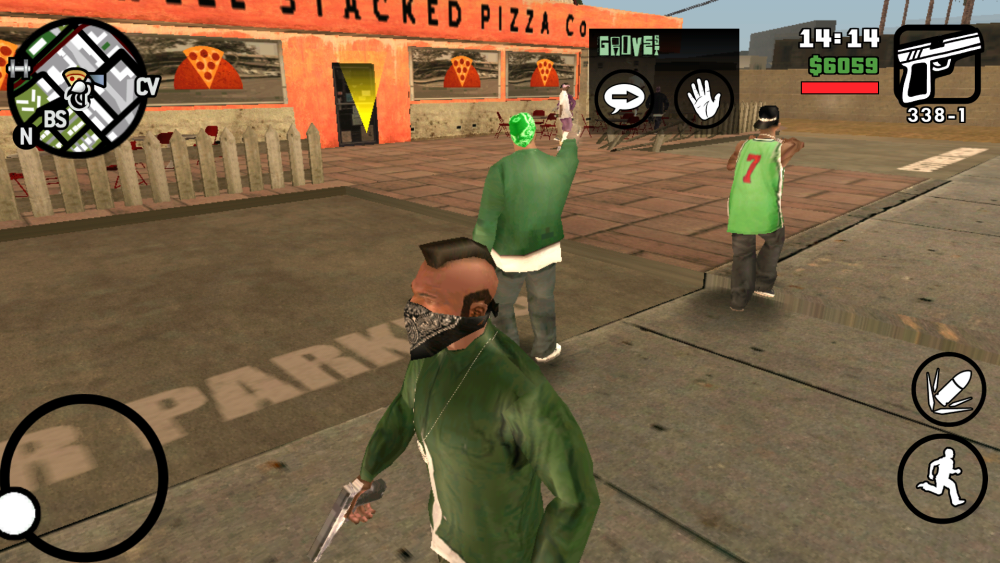 The classic PlayStation 2 crime games bring their action to mobile devices. Just like in the console version, you can jack cars, get in gun fights, and skydive around a fictionalized Southern California. You’ll have the full open world to explore, and you’re free to ignore missions and go off and see what kind of fun emerges from just messing around. 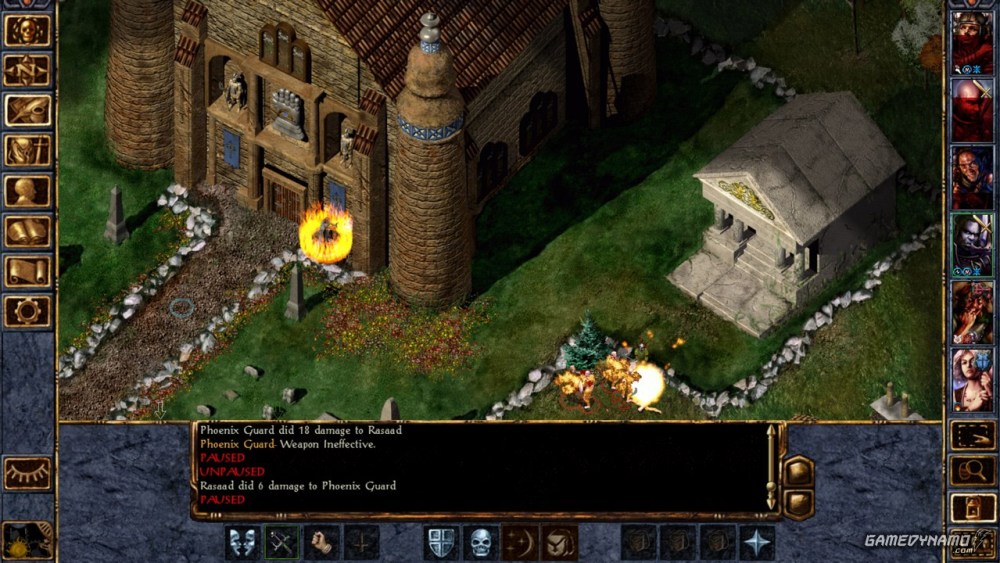 Most of the games on this list are small and built for short bursts, but Baldur’s Gate II is ideal if you want something meatier. This brings the full, classic role-playing game that you may remember from PC and makes it work on Android devices. You could spend dozens of hours exploring this world and its characters. 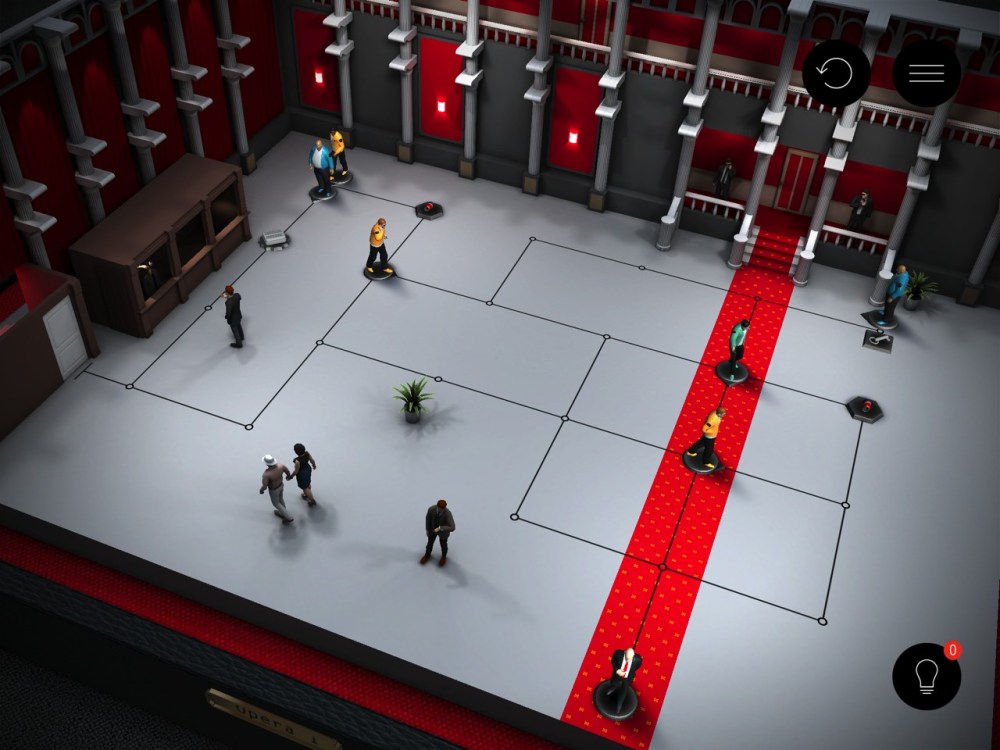 The Hitman franchise typically appears on consoles and PCs. It’s about killing people for money, and so is Hitman Go. But instead of giving you full control through living worlds, Hitman Go boils the concept down into a board game. Your character is stuck on a track, and the targets move every time you move. You need to figure out how to sneak up on them to take them out without blowing your cover. 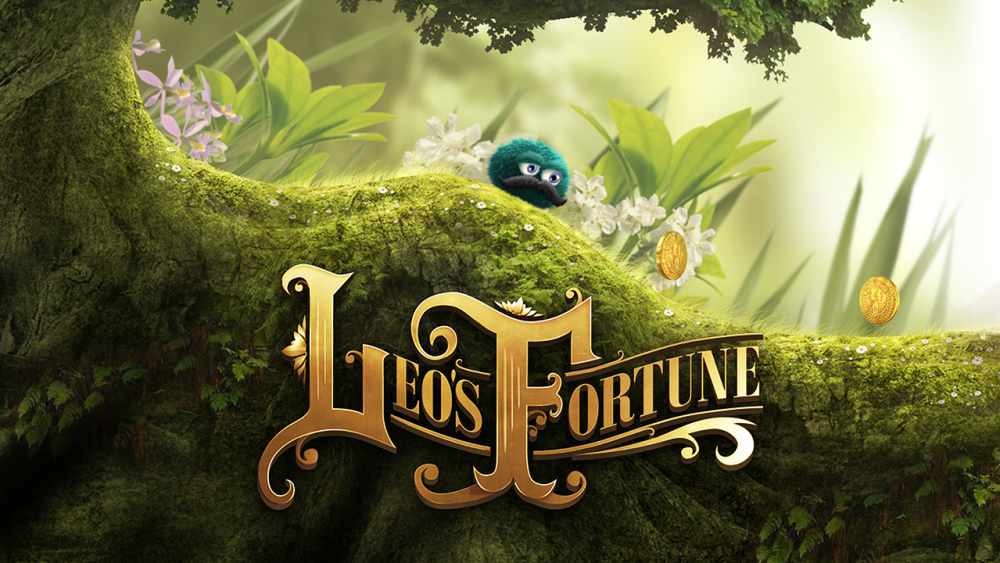 Leo’s Fortune is platform game with lush, beautiful visuals. You play Leo, and you must track down a thief that stole your goal. It also features adventure and storytelling elements. 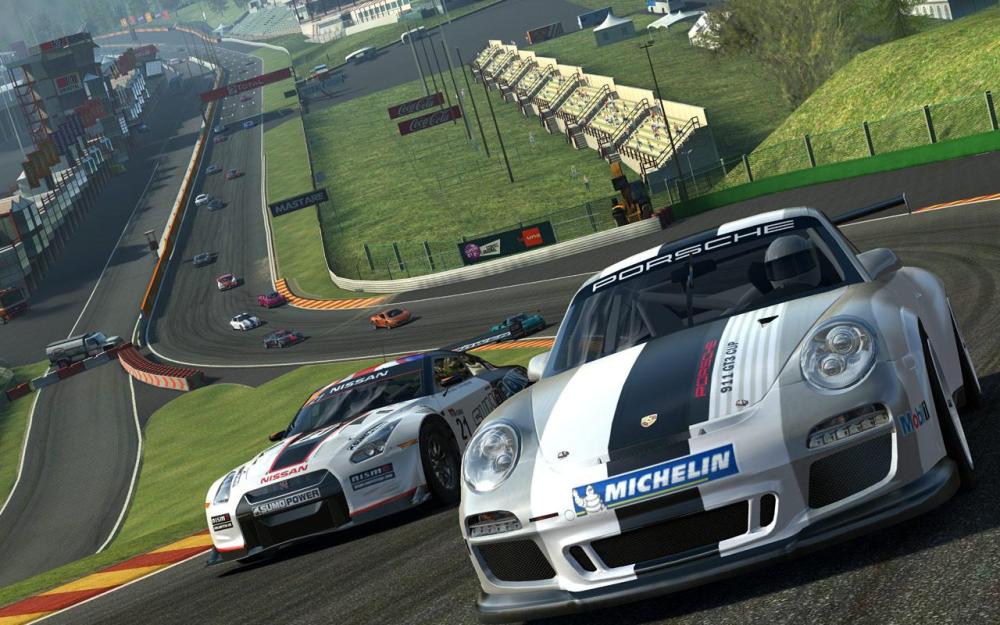 One of publisher Electronic Arts’ earliest successes on mobile is Real Racing 3. This has you driving race circuits all around the globe as you try to beef up your car for increasingly tougher competition. It plays a lot like the mobile version of something like Gran Turismo — although it obviously doesn’t have the hyper-realistic physics of a game like that. Jetpack Joyride is an endless runner-style game where you guide a dude strapped to a jetpack over obstacles and through enemies. You get access to bigger and crazier powerups the longer you play, and these help you get further into the game. 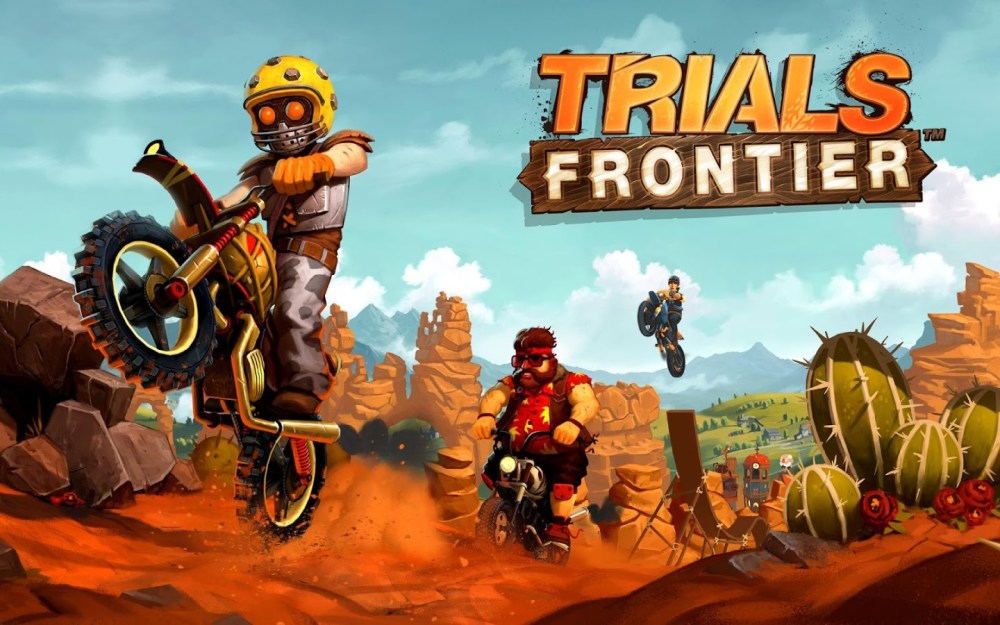 Motorcycle games like have found a ton of success on consoles, and now Ubisoft has brought its Trials franchise to mobile. The game brings the same controls and tough courses that made the Xbox 360 version so popular, and it even introduces new features like a story and recurring characters.

Trivia Crack is a modernized take on classic knowledge games like Trivial Pursuit. You challenge friends and try to outwit them in six categories. You can use bonus items to help you with especially difficult questions to keep your smarter friends on their toes. 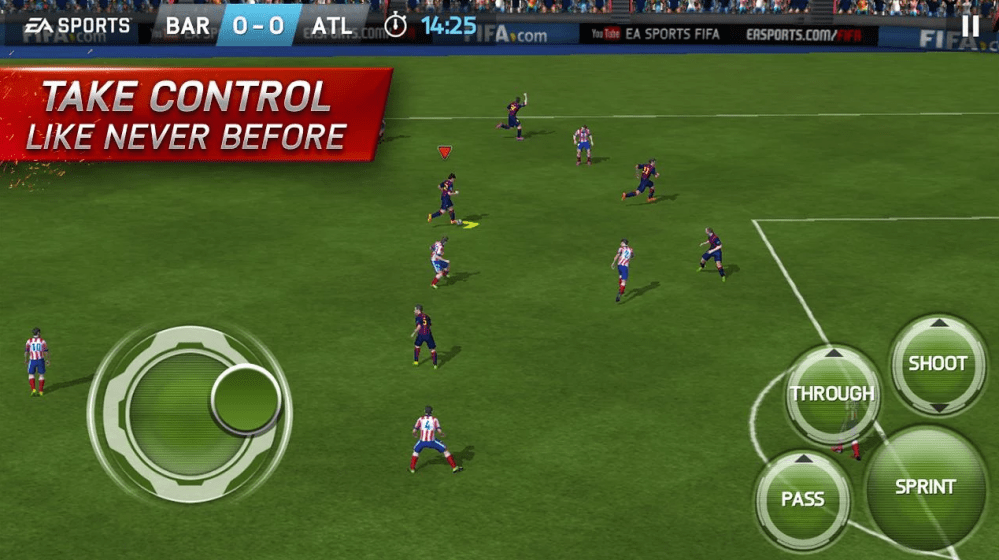 You don’t need the latest console to get your hands on EA Sports’ FIFA Ultimate Team. This free version of the soccer game has you putting together your team by collecting cards and fielding your strongest deck. It’s a popular mode in the console game, and EA is trying to reach a wider audience by bringing it to mobile.

This is a simple game that may make you scream. Don’t Tap the White Tile is all about reacting as quickly as you can without screwing up. In this game, black and white tiles scroll down your screen, and you must tap the black one to keep it going. This is a test of your attentiveness and reaction times.

Make It Rain is a game where every time you swipe the screen you earn money, and you need to make as much money as possible for reasons that are never fully explained. You can also bribe politicians and buy businesses to help you earn money even when you aren’t swiping. It’s a silly concept, but one that you may have trouble putting down. 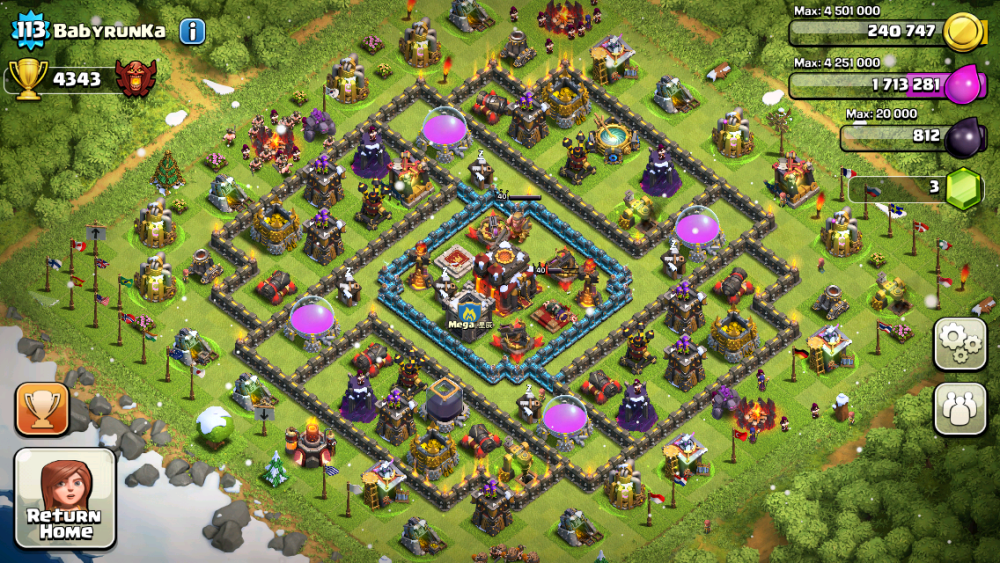 Clash of Clans is one of the biggest mobile games. This strategy game is all about building up your clan to defend your land and attack others. It’s one of the top-grossing games on mobile, which means it is lousy with “opportunities” to spend money, but many people find it is worth the cash. 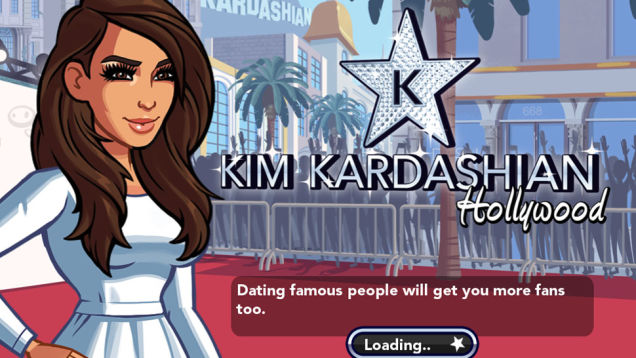 If you ever dream of gaining fame in Hollywood, Kim Kardashian has the game for you. Kim Kardashian: Hollywood is all about coming up with your own style and taking over celebrity culture by dating famous people. It sounds absurd, and it is — but it’s also something that people who like Kim Kardashian should enjoy. 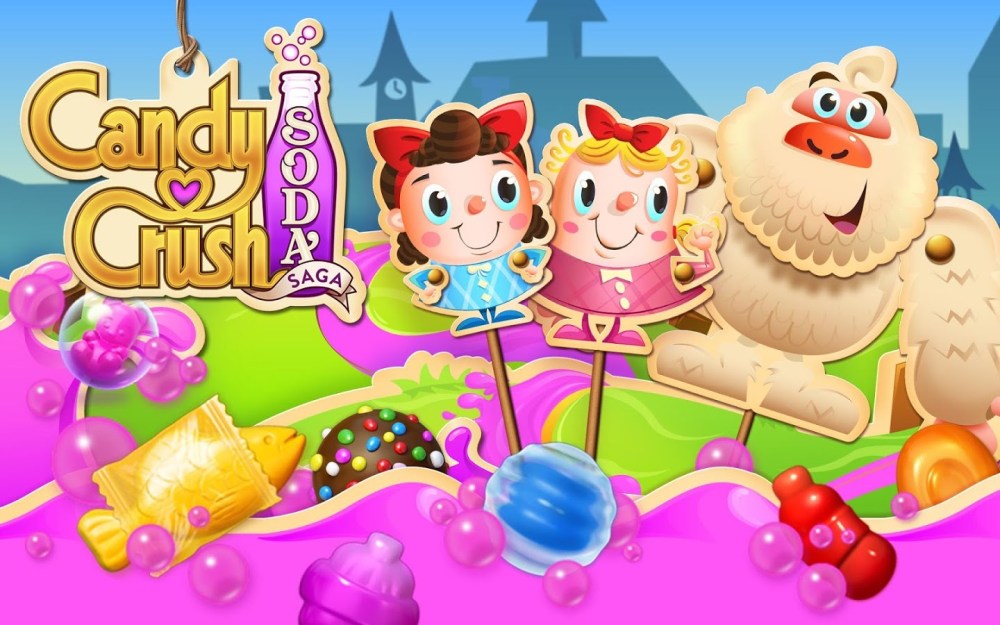 Candy Crush Soda Saga is the latest spin on the social puzzle genre. Like Candy Crush Saga proper, you score points by matching three candies and making them disappear. This one has a twist that involves soda bottles, and fans of the original are starting to gravitate toward this latest release. 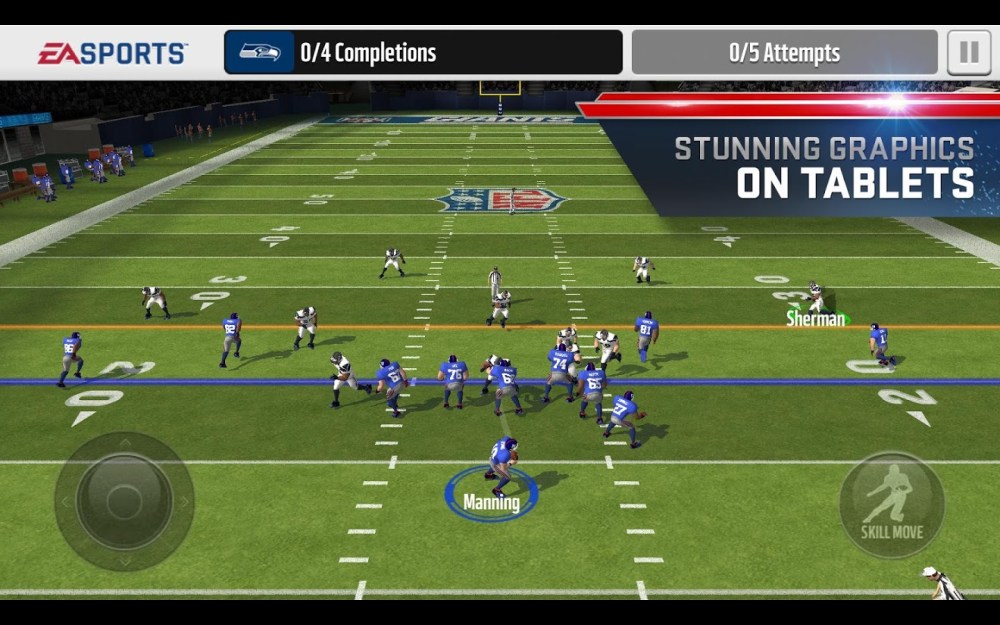 We’ve already covered soccer, so now let’s get to the NFL. EA Sports has released several Madden games on mobile over the past few years, but this is the first time the game is free. This version includes all the 11-on-11 action as well as your favorite teams — and you can get it just in time for the playoffs.