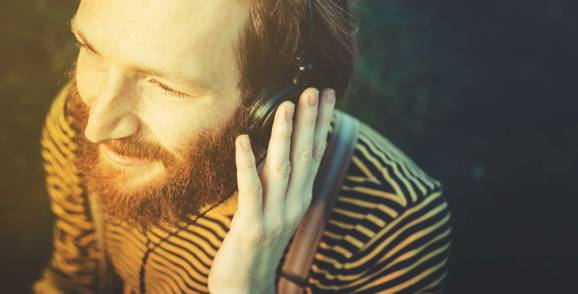 Thanks to Serial, podcasts are gaining some much-deserved, renewed attention from listeners. Of course the two biggest setbacks to the medium have always been that podcasts aren’t as easy to find as FM radio stations, and they’re even harder to turn into a business.

However, San Francisco-based Joyride thinks it’s solved this problem with a new podcasting platform. Initially launched as a voice-activated service that made navigating through mobile apps in your car easier, Joyride has pivoted to focus specifically on the business of podcasts. The current iteration of Joyride provides consumers with a quick way to search over 100,000 different podcast shows in a variety of categories. And on top of that, Joyride actually wants to entice podcast listeners to donate a monthly fee to their favorite programs.

“What we’ve found is that podcast listeners are very willing to pay for the shows they love, but the key is finding the sweet spot for what kind of additional content to offer,” Joyride cofounder and CEO Jeff Chen told VentureBeat.

The new podcasting search platform is available starting today, while Joyride slowly invites beta testers to help work out all the kinks on its new crowdfunding aspect. The idea is to get people used to paying for the shows they enjoy, while getting access to a special RSS feed of ancillary content in return. And while the platform has only been in operation since early December, Chen told me one of Joyride’s podcasting partners is already seeing upwards of $250 per month in crowdfunding-based revenue.

That’s a mighty ambitious goal, but one that could be a reality with the influx of connected cars hitting the market. Speaking off, Joyride is actually among the handful of companies Google tapped for its developer program for Android Auto, a version of the Android operating system dedicated to smart cars. There’s also Apple’s CarPlay system, which is integrated into a handful of aftermarket car audio systems.

Right now Joyride is only available on Android, but podcast content found through its search service is accessible via a mobile website. The startup said it’s expecting to roll out an iOS app in early January 2015. Founded in 2012, Joyride has raised a total of $1 million in funding to date from Cowboy Ventures, Freestyle Capital, and others.