The time has come again to make some wildly inaccurate but reasonably informed predictions about the future of games. Each year, I go through this exercise to show not only what might unfold in the next year, but also to spell out how difficult and unpredictable it is to run a gaming business. I have an awfully hard time getting things right. But I write so much about the business, and I hear so many predictions, I figure it’s always a good exercise and only fair to make my own guesses. It’s also a good way to look at the past year and take a reality check on the state of gaming.

Last year, I predicted that Sony and Microsoft would be in a dead heat in the console war. But on a global basis, Sony has sold an estimated 16.6 million PlayStation 4s sold to date, or 48.7 percent of the new console market share, while Microsoft is at 9.4 million, or 27.8 percent of the total. These figures come from VGChartz and should be taken with a grain of salt, since VGChartz aggregates sources and then takes a guess at worldwide market share. But assuming they’re in the ballpark, I was off on my Sony prediction, as the company clearly pulled ahead.

I also predicted that Nintendo would dump the Wii U. But Nintendo shipped some good games in 2014, and the Wii U is hanging in there with an estimated 8 million units sold to date and a 23.5 percent market share. If Nintendo can continue to produce some of the most highly rated and bug-free games out there, it may very well continue to see more growth.

One of my predictions, which was based on a talk made by Unity Technologies CEO John Riccitiello, was a good one. We figured that user acquisition costs were rising out of control and that brand names would start to make their mark in mobile game revenues. That prediction is gathering steam as we see lots of mobile games debut with licenses from movie, TV, or toy-related brands.

For fun and embarrassment, here are my predictions for 2014, 2013 and 2012. Please vote for your favorite prediction in the poll at the bottom. 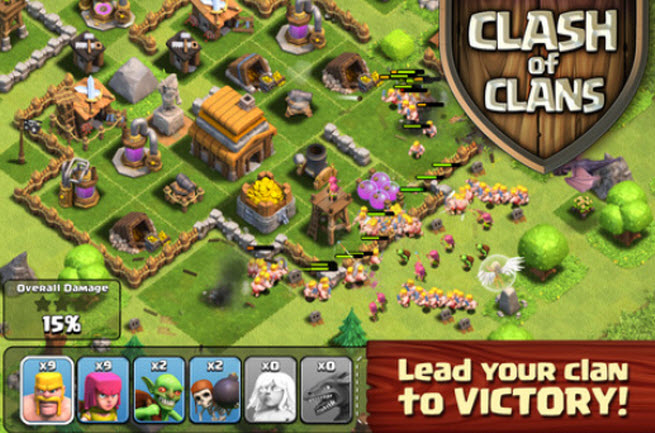 Above: Clash of Clans

1. The $2 billion mobile game will arrive

Market researcher Newzoo is predicting that mobile games will overtake console revenues in 2015. Others, like venture capitalist Rick Thompson of Signia Venture Partners, are saying that mobile is becoming a winner-take-all market. Mobile gaming is growing at a rapid rate in emerging markets such as the Middle East and India, and gaming is spreading around the globe. Gamers are becoming more comfortable with business models such as free-to-play games with in-app purchases. And the quality of mobile games is rising with titles like Vainglory.

This opportunity is why we are seeing so many deals happen in games, such as Microsoft’s $2.5 billion acquisition of Minecraft publisher Mojang. The $2 billion game may be one of the companies that already dominates the top-grossing ranks of the app stores, or it may come from out of the blue. But with console titles like Grand Theft Auto V easily eclipsing these numbers, it seems inevitable that mobile games — which has access to many more users than the consoles — will also hit the milestone of $2 billion in revenue in a single year. 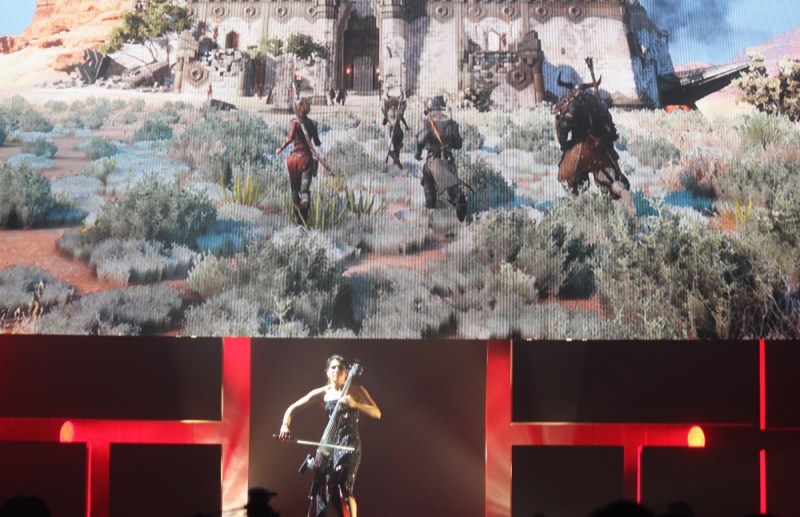 Above: EA opened its Dragon Age: Inquisition briefing at E3 with a cellist Irina Chirkova.

2. The bubble won’t burst in games, but the air will deflate in some sectors

Games follow the laws of gravity. We’ve seen an unprecedented global expansion across consoles, PC online games, mobile gaming, and social games. I think that will continue, and I believe that fears of a bubble bursting are unfounded. So long as there isn’t a major negative economic event, the game expansion should continue. And that means that market valuations will continue to rise. It’s worth noting that Electronic Arts, once the gang that couldn’t shoot straight, is now executing well and has a market value of $14.9 billion, almost double a year ago and higher than Activision Blizzard’s market value of $14.6 billion. That’s quite a positive run, and EA isn’t alone. King is also executing well as it comes up with alternatives to Candy Crush Saga.

And while the broad market expansion should continue, I think some sectors will stall. We’ve already seen pullback in some areas. Social casino games are growing at a much slower rate than in the previous couple of years. The top five companies in the sector now hold nearly half the market share, and the ranks aren’t changing that much any more. The sector saw the creation of more than 100 startups in the past few years, and some of those are starting to shut down. They’re struggling to get new rounds of funding, or they’re just selling out for smaller valuations. This is what happens when investors get too excited about a sector, as they did in 2012, and then the air goes out of it.

On the other hand, I don’t think we’ll see all sectors deflate. There are still some hot spots such as mobile gaming in China and virtual reality that will keep the bubble going, at least for another year. 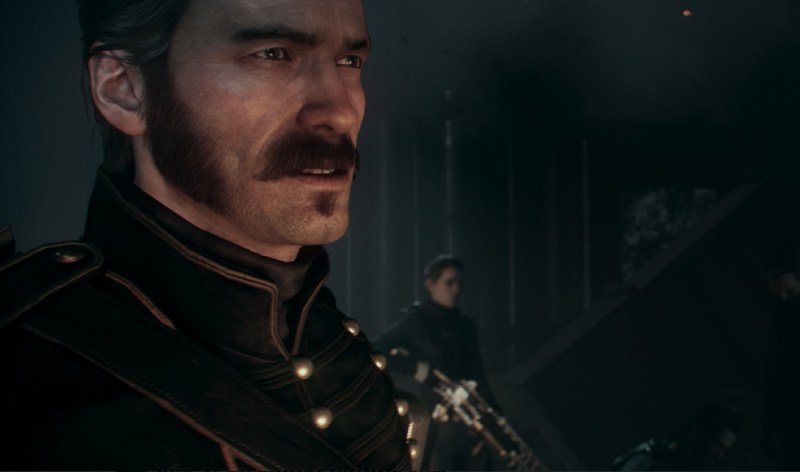 3. Sony will start to pull further ahead in console games

As much as I’d like to see Microsoft and Nintendo come back with a glittering line-up that evens out the market share, I don’t think that is going to happen. The third-party game publishers are likely to be more willing to give exclusives to Sony, thanks to its No. 1 market share in the PlayStation 4 generation. And that advantage will become a self-fulfilling prophecy, begetting even more exclusives, such as the upcoming Street Fighter V, which will not appear on the rival Microsoft or Nintendo consoles.

Sony has some of the most interesting exclusives coming in the new year. I’m looking forward to exclusive PS4 titles like The Order: 1886, Until Dawn, Uncharted 4: A Thief’s End, and Bloodborne. At the recent PlayStation Experience event, Sony showed off more than 800 titles, many of them small titles coming from indie game makers. Microsoft and Nintendo have their exclusives, but the only real threat to Sony’s dominance is the weakness of the parent company and something crazy coming out of the blue — like North Korea. 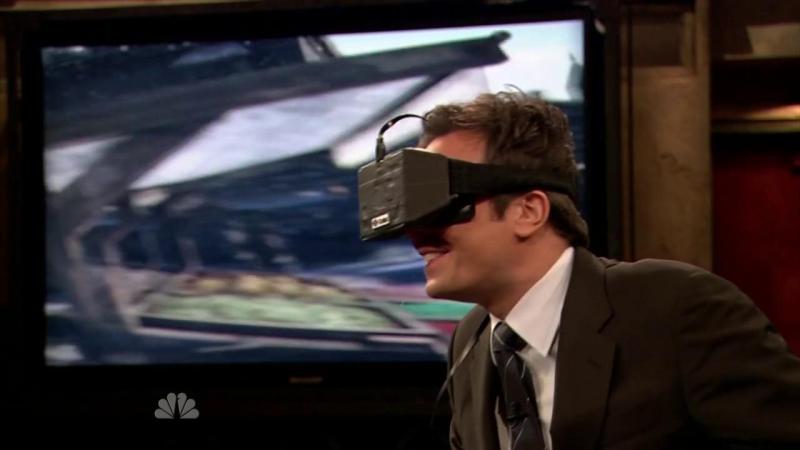 Above: Jimmy Fallon trying a prototype of the Oculus Rift.

4. New systems such as virtual reality will finally debut

It’s a no-brainer that Facebook will ship a virtual reality platform in 2015, as it has to get some mileage out of its $2 billion acquisition of Oculus VR. Virtual reality systems are going to get into the hands of users next year, and it’s about time. We’ve heard talk about this trend for a few years, and I think it’s about time something really happens.

But I also think we’ll see other new systems in 2015. Valve just might pull the trigger on an improved controller for its Steam Machines, and that could open a new front against Microsoft’s monopolistic hold on the Windows PC gaming market. Alibaba is also rumored to be working on its own high-end game console. With so many ideas in play, I believe that we’ll see some of these come to fruition and actually launch in 2015.

VR goggle systems still need secondary accessories, such as hand-input systems. and companies such as Facebook-Oculus and Sixense are working on these systems. If they complete this work, I think we’ll see real VR games and apps start to materialize. Many game developers, like Temple Run VR maker Imangi Studios, can’t wait to release their virtual reality titles. The next-generation consoles are established in the market. But there’s plenty of opportunity for someone to launch a sneak attack or a second front in the wider gaming war. 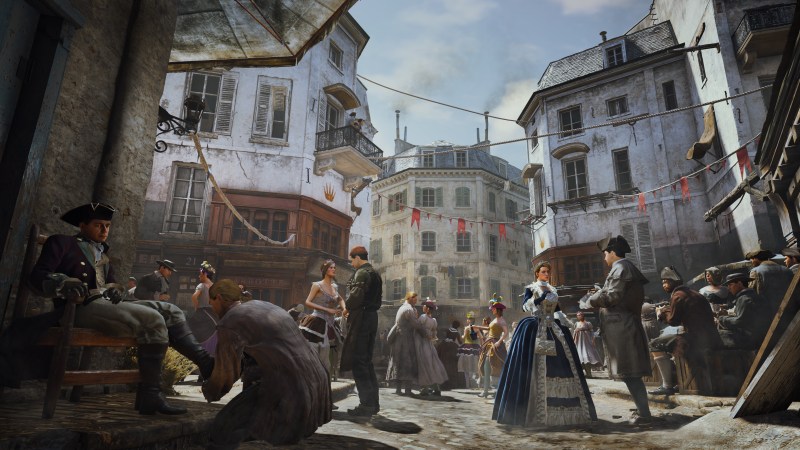 Above: Paris is bustling and beautiful in Assassin’s Creed Unity

5. A major game will be ruined by bugs

Bugs are hard to stamp out. They prove so elusive that they’ve ruined the consumer experience in a lot of games produced by mid-sized studios. But in 2014, we saw a lot of bugs in some major games. Assassin’s Creed: Unity was built by Ubisoft’s typical army of more than 500 game developers across multiple studios, but the title launched with some very bad bugs such as a low frame rate. Microsoft also had major foibles with the launch of Halo: The Master Chief Collection.

Based on the track record for 2014, I can only assume that the same sort of chaos striking major games in 2015. I’m not one to gloat about this. VentureBeat had its own issues staying available around the clock for readers in 2014. This is hard work. But we have to be realistic about bug fixing, which is a problem no matter how big a team is. I don’t see how the situation gets any better in 2015.