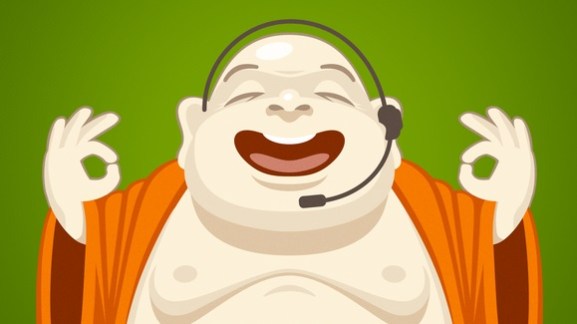 Just over half a year ago, one European tech startup officially joined the exclusive “unicorn club” of companies valued at more than one billion dollars: Zendesk, the leading provider of Cloud-based customer service software.

I was the company’s first investor, and since its IPO, a number of people have asked me about the secret to its success and how it progressed from a three-person, Copenhagen-based company to a 500-person plus team spread across 10 offices globally.

There’s no simple answer to this. For a success of this scale, many factors need to be aligned, one of which is timing. Zendesk benefited from several important technology shifts that took place in the last few years, such as the adoption of the Cloud, the move towards mobile devices, and the boom of social media.

But what were other, more controllable factors that made Zendesk fit to ring the opening bell on Wall Street? Here are my thoughts on what made it rise to the top …

Today, the ‘consumerization of the enterprise’ is a topic that’s very much on the tech world’s lips. Zendesk was amongst the first to truly understand this, by launching a product for the workplace that was just as attractive and easy to use as other products with which many of us voluntarily spend our online hours.

The founders of Zendesk realized early that nobody deserves clunky, old, joyless software, just because we’re in an office. And although the ‘consumerization’ movement has been going on for some years now, plenty of opportunities remain for the next wave of startups — just target the verticals with the most horrible UX.

It’s no surprise that Zendesk, whose own product helps other companies help their customers, is extremely customer-centric. Zendesk got to 10,000 paying customers before hiring its first sales person. Instead, it employed “customer advocates” dedicated to helping potential users. That’s another difference to the old world of enterprise software sales. If you sell enterprise software licenses, you focus on the initial sale, because that’s when you get all the money. In SaaS, you can only be successful if your customers are successful — if not, they will simply cancel their subscription.

Hire the best people you possibly can

You will often hear that investors don’t invest in companies, they invest in people. It’s conventional wisdom, but I can’t underscore this enough. The strongest predictor of future success is a startup’s ability and commitment to hiring great people.

Zendesk realized this early on, adding very senior managers in all key areas. For startups, this means spending time wooing prospects, being willing to share responsibility, giving up equity and being ready to raise more money to pay top talent. But the rewards are clear and worth it in the end.

Be a good citizen

Zendesk is a great example of startups that have also built up a company culture outside of their four walls.

When it decided to move its headquarters in San Francisco, it was to a run-down, neglected neighborhood, unloved by tech firms. Mikkel Svane, CEO and founder of Zendesk, was one of the first to sign a deal in which it promised the city it would perform community service, while it has also given grants to a local children’s hospital. This has allowed Zendesk to foster neighborly relations at a time when technology is increasingly dividing other parts of San Francisco.

The commitment has paid Zendesk back, too — tax breaks for its community work have helped the company grow, while doing good attracts employees genuinely committed to your ethos.

When we were trying to raise a Series A back in 2008, many investors questioned how we could compete against established competitors. Some also said that helpdesk software is a commodity product and questioned our ability to build a differentiated offering.

This didn’t discourage Mikkel and his team because they had the indestructible belief that the helpdesk software industry was ripe for a better solution.

When you are disrupting an old incumbent or sector with deep pockets but creaking technology, you must remain confident in your ability to topple the giant — your customers will thank you in the end.

Christoph Janz was the first investor in Zendesk back in 2008. Since then he has helped many of his portfolio companies raise tens of millions in follow-on rounds from the likes of Acton Capital Partners, Charles River Ventures, Bessemer Venture Partners, Benchmark Capital, Index Ventures and others. He is Founding Partner at Point Nine Capital, a Berlin-based early-stage VC with a deep focus on SaaS and digital marketplaces. It has a current portfolio of 40 companies across two funds, totalling €46 million.