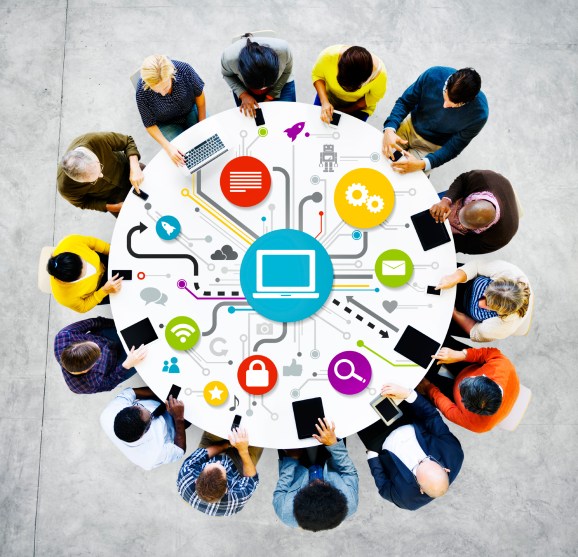 Many people don’t realize that VentureBeat accepts guest columns from intelligent, well-spoken entrepreneurs, analysts, and others with expertise in a particular area of technology. These posts are a great way to learn insights from a wide variety of voices in the tech community.

For instance, I thoroughly enjoyed the four-part series from SpeedInvest partner Erik Bovee outlining everything a founder should know leading up to selling their company. Or seasoned entrepreneur Nicholas Holland’s post about drills that will make you rethink how you’re making good on a promise to clients. There’s also horror stories about dealing with investors when pregnant, cautionary tales about media companies taking on VC funding, CEOs becoming Uber drivers, and more.

We’re guessing you probably missed some of these stories, so we’ve assembled a list of 15 interesting guest posts from 2014 that are perfect for reading while waiting to get on an airplane, sitting in line returning gifts you didn’t want, or simply to stave off boredom. (And if you’re looking for more, check out our round up of 15 thought-provoking VB guest posts you probably missed in 2013.)

By Darius Lahoutifard. “Google is a great company — from its record $23 billion IPO in 2004 (at a time when Nasdaq was below 2000!) to its dominant mobile OS. My associates and I have such an admiration for Google that we built our latest web conferencing platform with Google’s technologies. But we also know that Eric Schmidt, together with other key executives at Google have contributed to this success through a stable management since the early days. As a fan of his, I’ve followed most articles, interviews, and slides about his latest book How Google Works and eventually read it. It’s an interesting book that reads like a story. I highly recommend it, but not as a management book the way the authors seem to position it, because it may take technology startups in the wrong direction. In fact, I think Schmidt and Rosenberg are totally wrong about how Google works…” Read the full article.

2) Caveat emptor: Why the current VC/Media marriage may be bad for journalism

By Nicholas White, Daily Dot. “For years, all of us in digital media bemoaned the fact that you couldn’t raise money from venture capitalists (VCs) for the endeavor. Now, all of a sudden, there is a kindling of interest in media companies among VCs — far too little yet to be called a frenzy or a bubble, but far more than we have seen in years. Between recent multimillion dollar rounds from Buzzfeed, PandoDaily, Business Insider, Vox, and Vice, it seems VCs have recognized the potential for media as an investment. And yet, will the sudden attraction have a happy ending?” Read the full article.

3) Hey, founders — before you name your startup something stupid, read this

By Troy Mathew, Survata. “Encapsulating a business in a single word or phrase can be a daunting task. For startups, the name of the business becomes the first word of every investor pitch and the first message that’s spread to potential users. Although it’s often dramatized, a solid name can be a startup’s first step toward gaining legitimacy and recognition. Having led countless startups to successful names, we at Survata were interested in compiling some insight to this all-important process. To do so, we reached out to founders who have braved the naming struggle firsthand…” Read the full article.

By Diana Smith, Segment. “It’s nearly impossible to keep up with a wave of new marketing and analytics tools that have flooded the market in the past year. But my company, Segment, tries to test them all. We’ve found a few gems that are super useful but still fly under the radar. So if you want in on the underground analytics market, hop off your ‘fixie’, don your Warby Parkers, and grab a snobby coffee. It’s time for a lesson in hipster analytics; the best tools before they break…” Read the full article.

By Erik Bovee, SpeedInvest. “Silicon Valley talent comes from all over the world. Approximately 30 percent of software, semiconductor and computing companies in the US are founded by foreigners, and over 50 percent of tech startups in Silicon Valley are founded by immigrants. Consider this along with the fact that an absurdly high number of acquisitions in the tech industry (and acquisitions in general) happen right here in California. If you have a successful startup, you are more likely to come from Budapest than Burlingame, but you are also most likely to find an exit in the Valley. Hopefully this guest post should serve as a guidebook for everyone, but should be especially useful to founders who suddenly find themselves landing at SFO with a nine hour time delay and have to take a taxi straight to a board room filled with EVPs and lawyers…” Read the full article here or check out all four parts of “The Exit”.

By Nicholas Holland, Populr. Your whole life in business is full of wins and losses. This is a story of one loss that really impacted my business. I own, CentreSource, an interactive agency. We build really custom web applications, enterprise websites, mobile apps, etc. Our whole purpose is to help a client take something out of their head and bring it to fruition in a digital world. Back in 2006, an older gentleman came to us for a project. He was in his late 70s and owned a drill manufacturing company. In a thick country voice he said, “Nick, I make drills, and I’ve got these young people telling me…” Read the full article.

By Michelle Crosby, Wevorce. As a female founder, I have adopted the public persona that “ambition is gender neutral.” It was a luxury and a mind-set I had earned over the years as a tomboy in school, as a professional co-ed adventure racer, through building a career in the male-dominated field of law, and by bringing my startup, Wevorce, to Y Combinator. I consistently tried to steer the media and others away from the topic of my gender and back to the business of Wevorce — until the day I was forced to stare at the reality of my gender in the form of a positive pregnancy test. Read the full article.

8) The top 22 mistakes of first-time CEOs

By Edwin Miller, 9Lenses. “I have been building this list of CEO mistakes for many years based on my own experiences. This is not rocket science — some of these points may seem obvious when you read them — but it is really tough to know what you haven’t experienced, and I wish I’d had a list like this when I was a first-time CEO. Although this is a list for first timers, folks in their second, third, or fourth gig also make these same mistakes…” Read the full article.

9) Want customers to stay engaged with your brand? Add music.

By Jeff Yasuda, Feed.fm. “Every company is trying to build audience, engagement, and retention — all in a never-ending battle to build revenues. Marketers often pray for organic traffic, but many are forced to pay for audience at the top of their conversion funnels. CPI (cost-per-install) continues to increase making it harder to find the magic number for when a customer can be acquired for a price lower than their long-term value. One of the best new ways to do this that nobody knows about yet? Music. No, really. I’m serious. More specifically, we call it MaaS or Music-as-a-Service, which has proven to be extremely good at boosting engagement — and retention — among customers…” Read the full article.

By Tyler Willis. “In 2012, my last company sold to Oracle and I decided to start angel investing informally. Several of my early bets worked out reasonably well, so this year, I decided to double down on my little angel investing experiment. A few months ago, I successfully raised a small AngelList Syndicate to do so. Since then, several other angel investors thinking about doing the same thing have asked me for tips. What follows is a list of my personal recommendations (I am not affiliated with AngelList) about how to build a syndicate on AngelList…” Read the full article.

By Paul Howey, Talkroute. “In case you didn’t know, we (Talkroute) declined our acceptance into a well-known accelerator, and a lot of people thought we were stupid. Even after I published a ridiculously long blog post explaining why we said “no thanks,” the skeptics remained, well, skeptical. But today, right here on VentureBeat, I wanted to share a little secret. Within six months of declining Techstars, we went from $0 to $75,000+ per month with no outside investment and without hiring a single employee…” Read the full article.

By Kunal Gupta, Polar. “Recently I’ve been hosting roundtable discussions over dinner in New York and London with publishing executives who are betting big that native advertising will drive major revenue growth in 2015 for their businesses. We often end up debating what the biggest threats to the industry are, and there are four notable threats I wanted to share…” Read the full article.

13) Sharing Economy Series: How Udemy ramped up without paid advertising

By Dan Slagen. “Udemy is a marketplace that offers online courses to learn real world skills. Boasting more than 4 million students, Udemy currently offers more than 20,000 courses ranging from yoga and guitar lessons to SEO and Javascript. Founded in 2010, Udemy wasn’t always the booming success it is today, where it’s currently adding over 1,000 courses per month. In the early days, it faced the challenge all successful sharing marketplaces (yes, even Airbnb and Uber) face in the early days: customer acquisition. What’s interesting about Udemy’s growth is that much of it has come through organic search, without heavy use of paid advertising as an acquisition channel. I recently spoke with CEO Dennis Yang…” Read the full article.

14) Too much transparency will not kill you

By Armando Biondi, AdEspresso. “…And more and more companies are becoming more and more transparent nowadays. The example everyone’s heard of is Buffer. They not only shared their Compensation Policy, but also their Cap Table and their real-time dashboard, not to mention their monthly investor update (here’s the link to the October one, just released). If that wasn’t enough already, just a couple of weeks ago Joel and Leo also released all the information on their new round. Radical transparency, some would say. What good did this do the company? Funding-wise, they closed the round literally in a few hours; press-wise, they probably got the biggest coverage ever. Business-wise?…” Read the full article.

By Dan Driscoll, reQwip.com. “It’s 9:30 p.m. on a beautiful October Sunday in Austin and I am sitting in my car with Uber’s partner app lighting up my iPhone. The last six months have been crazy. In May, I graduated from The University of Texas with a pair of master’s degrees, and two days later I joined the Seed Sumo startup accelerator. Last month my company, reQwip, raised a small seed round and launched at demo day. This past week, we pushed our iPhone and Android apps into their respective stores. Tonight, I’m driving for Uber…” Read the full article.