2014 was a mixed bag for tech companies around the world, with the likes of Uber seemingly never out the headlines for all of the wrong reasons, while younger upstarts like Slack gained praise across the board.

A number of notable stories emerged from the U.K. over the past 12 months too. For example, SongKick reported record numbers (in both users and revenue), however its fellow London-headquartered company Hailo unfurled the white flag on its American dream, with Uber’s brute force proving too much. And Shazam nabbed another $20 million to continue on its path to music-tagging market domination.

Here, VentureBeat looks back at the fortunes of a handful of startups from the U.K in 2014. 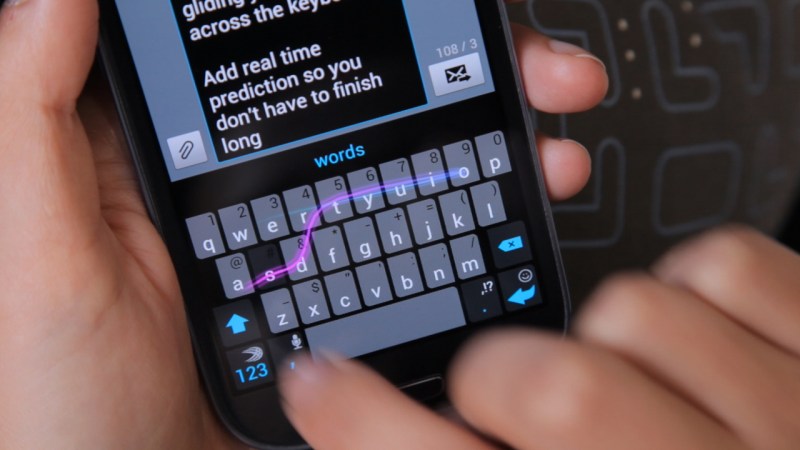 2014 has been a good year for SwiftKey, the smart keyboard app that replaces your phone or tablet’s default keyboard and learns your writing style over time.

While the London-based company has thrived in the Android realm, Apple’s move to open iOS to system-wide third-party keyboards proved a major boon for SwiftKey.

Fresh from a $17.5 million funding round, SwiftKey unveiled its much-anticipated iOS 8 app in September, and it went on to secure 1 million downloads in the first 24 hours alone.

“This year I think we’ve all learned that while planning is essential, you have to be prepared to throw out your plans when an amazing opportunity comes along,” said Joe Braidwood, the chief marketing officer at SwiftKey. “When we started 2014, we had no idea we’d be able to bring a full keyboard app to iPhone users. We pulled together a team, built something we were really proud of – and shipped it, all in around three months.”

Although SwiftKey is better known for its clever keyboard app, it also does a lot of research and work within the artificial intelligence realm, with partners among many people and organizations. As a result, SwiftKey is on 250 million devices. And SwiftKey is working with Stephen Hawking to develop a system that would help him communicate twice as fast.

But perhaps one of the most notable shifts for SwiftKey, from a business perspective at least, was when it moved from a $4 paid app to a completely free model, charging users through in-app purchases for extra features.

Just this week, SwiftKey announced a tie-up with Disney that heralded in its first branded keyboard (in this case, the hit Disney movie Frozen), as it explores further monetization avenues.

“It’s been an interesting year due to the transition to freemium — we made growth projections but it was hard to predict the exact results, as few companies have made this pivot before us,” Braidwood said. “But we exceeded our projections. Within a month [of going freemium] our install rate was up 54 percent.”

Looking forward to 2015, Braidwood says it’s all hands on deck as the company prepares to increase its userbase, with specific markets in mind. “Next year, we’re particularly interested in getting to know our customers in India better — we think it’s a really exciting place, with a lot of multilingual typers and we’d love to grow our userbase there.”

The insanely popular online service claims north of 80 million registered users, but the company behind Moshi has been spinning out the brand into merchandise, movies, and games. This is a popular tactic when companies strike gold with one particular brand, as we’ve seen with Rovio’s Angry Birds.

But all hasn’t been well in the world of Mind Candy or Moshi Monsters this year. Founder and CEO Michael Acton Smith stood down in July, in an open and frank video he posted to YouTube.

Later in the year, Smith revealed that Moshi Monsters’ popularity was dwindling and revenues weren’t healthy, which went some way towards explaining his stepping down.

As Moshi Monster’s popularity falls, however, Mind Candy has continued to explore other areas, including World of Warriors, a combat-strategy game devoid of all-things Moshi. But it could become the new Moshi in many ways — and help the company tap into a mobile gaming market that’s pushing $25 billion at the end of 2014, according to market researcher NewZoo.

“We have big plans in 2015 to turn the brand into a franchise, expanding offline with trading cards, books and toys,” explains Darran Garnham, Mind Candy’s chief commercial officer. “Warriors underlines our ability to merge digital and physical, first from web, now from mobile. This crossover aids traction from both areas and increases brand recognition.”

Mind Candy has been pushing hard into the mobile realm of late, and World of Warriors has been gathering momentum, so this could well help save Mind Candy. But does this spell the end of Moshi Monsters as we know it? Not quite.

“Moshi remains core to our business — it’s been the cornerstone of our success and its fans are testament to the affection that it holds,” continues Garnham. “Our next move is to create the spark to push the brand into new markets, languages and introduce Moshlings to a whole set of new fans.”

So Moshi will live on, but it seems like World of Warriors will be a big focus in 2015, with in-game player-vs.-player being introduced and other related consumer products launching in 10 countries.

PopJam, too, will get some more lovin’, given the proliferation of touchscreen devices among kids. “We think there’s a huge opportunity to build a safe, fun and creative space for them [children],” says Garnham. “PopJam is our big project in this area and we’re looking forward to launching it globally into other markets in 2015. Its performance to date in the UK has surpassed expectations.”