Rumble Entertainment has grown up in the age of digital games. A well-funded startup with a veteran game crew, it started making social games for Facebook and the web a few years ago, and then it expanded to mobile games in the past couple of years. Chief executive Greg Richardson has learned a lot of lessons on the way about making hardcore games for both mobile and web interfaces.

Earlier this month, the San Mateo, Calif.-based Rumble launched its iOS version of KingsRoad, a fantasy role-playing game (RPG) with a ton of content and high-end production values. It is one more test whether hardcore games will make it big on mobile devices and whether it’s still possible to crack into the top ranks of the highest revenue-producing games. Richardson believes that assembling a great team, making awesome games, and a little bit of luck, is the secret formula. We talked with Richardson, a former game investor at Elevation Partners and former CEO of hardcore game studio BioWare/Pandemic (now EA’s BioWare division), about the mobile game business and what will happen in 2015. Here’s an edited transcript of our talk. 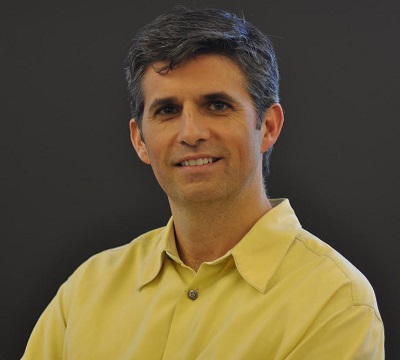 Above: Greg Richardson, the CEO of Rumble Entertainment

GamesBeat: How long did your team work on KingsRoad?

Richardson: Way too long. We started the game almost three and a half years ago. We started the mobile version a little more than a year ago. We had to rebuild the whole user interface. We made some changes to how to auto-attack and some other things you have to take into consideration playing on tablets and phones. The phone version will be out in about 30 days, and then Android will follow.

GamesBeat: Is the game any different on mobile, or is it essentially the same as on the Web?

Richardson: We think we’re breaking new ground in a couple of different ways. We believe this is the first full-blown action-RPG on any mobile device, as far as depth of content and full synchronous multiplayer. It’s an order of magnitude more than any RPG that we’ve seen. It’s also a unified code base. You can play on the iPad with Evan on his PC. While the games look different, and there is an auto-attack on the mobile side, the game is playable across platforms.

People love it. At soft launch, about 25 percent of our mobile players were playing on the web every day as well. That cohort was really good. Those people played a ton, spent a lot of money, and never left.

GamesBeat: Can you describe the core of the game?

Richardson: It’s a three-fourths isometric-view 3D action-RPG, inspired by Diablo. It has a tremendous amount of depth around the different kinds of missions and maps that you can run with up to three players at once. We have everything from events and tournaments to a player versus player (PvP) arena to a very story-driven single-player campaign.

GamesBeat: Three at once, is that cooperative, playing as a team?

Richardson: The game is primarily co-op, player versus environment (PvE). Obviously there’s a lot of competition between individuals in the events and tournaments. In the arena, we do this hybrid thing that people love, where you run a PvE map, fighting bad guys, but you can kind of mess with each other. It’s all about who gets the top score. It’s one of the most popular features in the game.

GamesBeat: As far as day one, how much depth is there – how much progression can you go through? What do you plan to add in the near future?

Richardson: It’s a big, big game, with hundreds of hours of content right off the bat. Like the best of free-to-play games, what you want to do is make the game addictive early — really accessible, really hard to put down. We think we’ve done a great job of that. But then the focus shifts to the elder game. What makes someone want to play this for a year or two? That’s where our emphasis has been. We have tremendously good veteran retention. A lot of what we’ve added has been things that the elders have requested — a guild system, tournaments, events, the arena.

We have a lot more coming. We have new content every week — a new event, new maps, every week. Usually every six weeks or so we put in a big new feature. The big one coming soon is a much more robust guild-versus-guild system. That’s one of the most requested features from players.