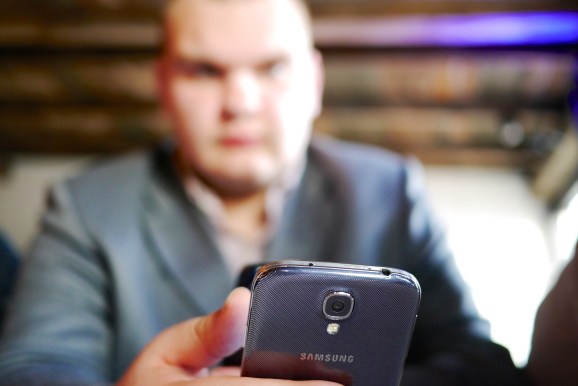 It’s that time a year when every thought leader, analyst, reporter, and startup chief executive starts making predictions for the upcoming year’s trends. Considering that I live in the mobile enterprise world, I realize that attempting to make industry predictions in such as fast-moving environment is fruitless. Instead, I think it might be worth listing to some intriguing thoughts that might cause people to reflect on their current approaches to the mobile enterprise.

2014 was a wonderful year for enterprise mobility. Emergence of new trends, acquisitions, funding, crazy partnerships, critical mass milestones, initial public offerings, and other developments put the enterprise mobility ecosystem in the news every single week this year. As this industry matures, we should expect great movements in 2015. While I always considered following industry analyst predictions down to the letter a quick path to failure, we are seeing strong signs on some developments that might influence 2015 in the mobile enterprise. If you find some of these predictions very polemic, well, I think that’s the only worthy way of making predictions. Here are my top five:

Mobile device management (MDM) has been at the center of enterprise mobile infrastructures in the past few years. Most enterprises today have implemented some sort of MDM initiative to support increasingly popular programs such as bring your own device (BYOD). However, as enterprise mobile solutions mature, more sophisticated requirements, such as application management, data privacy, or application auditing, are becoming increasingly relevant, compared with traditional MDM solutions. In that sense, in the next year enterprises might realize their MDM deployments are highly irrelevant to support the next wave of mobile solutions and will need to invest in newer solutions.

Strong funding activity will point out the winners

As the enterprise mobile market matures, we are starting to distinguish clear frontrunners in the categories. With a lot of venture capital funds being deployed in the space, we should expect the market leaders in each category to be able to raise meaningful funding rounds that will help them accelerate growth and distance themselves from the competition. Additionally, we should expect to see many tier-one firms investing more aggressively in the space.

The past couple of years have seen large amounts of VC activity in the enterprise mobile space. As a result, many startups have been able to raise small seed and series A rounds.

However, only a small number of those startups have been able to achieve significant traction to be relevant in a series B or growth round model. This scenario can be seen as a microcosm of the Series A crunch phenomenon we witnessed in the consumer market in the early part of the year. As a result, in 2015 we should see enterprise mobile startups running into challenges in raising new rounds in order to keep executing and, therefore, becoming increasingly irrelevant or easy targets for acquisitions.

With the growing focus on cybersecurity infrastructure, enterprises should start investing more aggressively in security technologies for the different parts of their enterprise mobile infrastructures. In that sense, we should see areas like mobile malware detection, mobile data privacy, and mobile app auditing becoming more relevant in the enterprise.

Based on that phenomenon, we should see enterprise software incumbents debuting mobile security solutions as well as mobile security startups raising solid rounds in order to compete in this rapidly changing, demanding space.

Integration with enterprise systems remains the No. 1 challenge of building agile enterprise mobile infrastructures. Solutions like mobile backend as a service (MBaaS), platform as a service (PaaS) or even application programming interface (API) gateways have successfully provided components that can address the integration of mobile apps and line-of-business systems. While until recently these types of solutions have have been seen as a fancy capability embraced by sophisticated IT shops, enterprises are waking up to the fact that implementing mobile applications without an underlying middleware infrastructure is a recipe for failure. As a consequence, in 2015 mobile middleware will likely become a mainstream element of enterprise portfolios. In that sense, we should expect to see the integration capabilities provided by MBaaS and PaaS platforms converged onto more generic mobile middleware platforms.

We move from mobile analytics to true data science

In recent years, mobile analytics solutions have emerged in the enterprise. They can provide traditional reporting capabilities for the analysis of operational and user behavior in mobile apps. While these solutions are certainly relevant, enterprises are getting more interested in having a deeper level of understanding of user behavior in mobile applications, which is a problem that gravitates more toward machine learning and data mining.

Areas such as user behavior prediction or auditing remain mostly untapped in the mobile enterprise. As a result, we should expect to see the first platforms that extend the current mobile analytics capabilities by applying data science to the data produced by mobile applications. These solutions can manifest themselves as extensions of existing mobile analytics stacks or as brand new platforms that bring the power of data science to the mobile space.

The Internet of things (IoT) is definitely destined to have a strong presence in the modern enterprise. But we believe we’re just now seeing the first generation of enterprise platforms in the IoT space and that we should expect these solutions to become mainstream in 2015. We expect 2015 to be a year of experimentation for IoT solutions in the enterprise.

While most experts conceptually agree that areas like mobile device management, real-time analytics or complex event processing are going to be important in industrial IoT deployments, the complete set of features of those solutions will only be determined after the first cycle of production IoT deployments. In that sense, 2015 will bring us the first flavors of IoT enterprise platforms — but they won’t yet enjoy mainstream adoption.