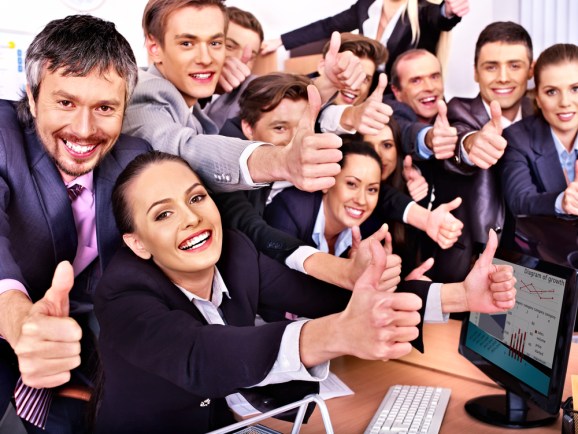 If you were under the impression that most employees at the biggest technology companies are in their early 20s, think again.

Among big companies, the only ones that sneak in under 30 are LinkedIn and Salesforce, each with a median employee age of 29, Facebook, at 28, and AOL, at 27.

In the data, gathered throughout 2014, HP employees topped the list, at 39, while IBM and Oracle were next in line, both with median ages of 38, followed by Dell and Monster.com at 37; and Sony Electronics at 36.

In 2012, PayScale published a similar report, and only seven of the companies’ employees had the same median age in 2014. Those were Amazon, Apple, eBay, Hewlett-Packard, Intel, Oracle, and Sony. Most other companies had minor changes to their employees’ median ages, although Monster’s skyrocketed, from 30 in 2012 to 37 this year, and Salesforce’s dropped significantly, from 34 two years ago to 29 this year.

PayScale gathered its data by asking employees at companies throughout the technology industry to answer a compensation questionnaire. “This method allows us to drill in a lot more finely [regarding] skills, training, etc., than other sources that collect data from employers,” PayScale told VentureBeat. “The data [then] undergoes a rigorous validation process.

PayScale has previously reported other employee data, including the average years of experience and the average number of years at their current jobs, as well as the companies’ gender breakdown. But PayScale could not quickly provide those numbers this time around.