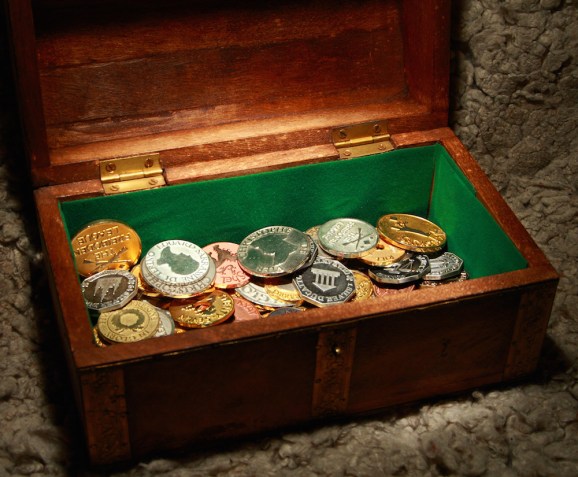 NativeX might bill itself as the leading ad tech vendor for mobile games, but the big nugget coming to the fast-growing mobile advertising space is brandvertising, and the company knows it. That’s one of the reasons why the company has partnered with social engagement engine for brands Loot.

Or, as the company styles it, Loot!

Loot helps brands get social exposure by paying people like you and me to promote them. That might mean sharing a message, creating a meme, or passing along a recommendation to a game or service. When you do that, you get cash. Or, in the company’s vernacular, Loot.

Via the new partnership, Loot plans to give away $1 million in 2015.

We studied 300 million downloads and $600 million in annual revenue
to learn how successful game developers monetize.

I asked the company’s new head of sales and marketing, Dana Severson, how it works.

“Users mostly earn cash for completing tasks,” he said. “We’re very similar to Mechanical Turk in that way, except we’re focused on social tasks. We’ve just introduced Lootcred, which we’re really excited about. For certain campaigns, users earn points, which allow them to level up. The more points they earn, the more money they can make.”

Loot charges advertisers on a cost-per-action basis, and Severson says campaigns can fit any budget size, “from startup to Fortune 500.” He also claims that dollar for dollar, this kind of social currency is much better than advertising on Twitter or Facebook.

“There is no better advocate than your own users/customers. By engaging our users with tasks, we bring them into the advertiser’s world/product. At that point, they’re capable of creating extremely impactful native pictures/messages/actions. That’s the magic formula for any advertiser.”

The seven-person company has about 50,000 users right now and has raised about $1 million in funding. Severson came into the company via a partnership with Chasm.io, which was originally Wahooly: another social-focused company that allowed users to earn equity in startups by helping them go viral. That didn’t quite pan out, but clearly the models are similar, and paying users to promote brands has a more obvious monetization path to it.

“The mobile ad market is the hottest it has ever been,” he said in a statement. “We love the creativity of the team at Loot to creatively engage their users with brands. It’s a great fit for our high-performing native ad campaigns.”

The partnership will allow NativeX to offer this kind of paid social promotion to its stable of clients, while Loot will be able to offer native advertising services from NativeX to its clients.