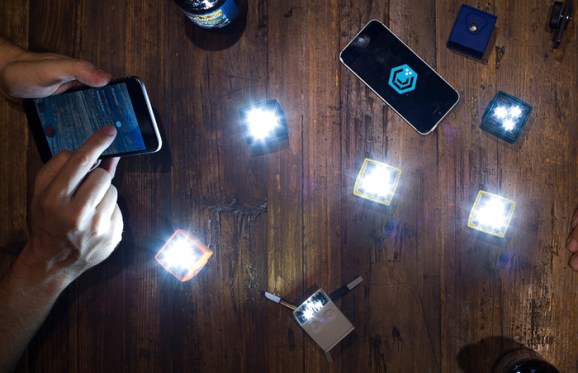 Lume Cubes provide the kind of light that’s hard to find when using a smartphone camera. Each cube is 1.5” and provides up to 1,500 lumens. With a strong magnet on the back and powerful suction cup, each cube can be mounted at least somewhere for the perfect shot. Or use the tripod it comes with to stand it up. Boasting two hours of battery life and no recycle in between flashes, Lume Cube can easily be used for continuous use.

Best of all, though, is the fact that these cubes sync up via Bluetooth to any iPhone or Android with its accompanying app. The app allows up to five Lume Cubes to be used at once. It also allows for dimming and either sporadic flash for photo taking or a continual flash for videos. Last, but not least, each cube is encased in waterproof silicone making it durable for wherever a photograph may need to be taken.

Backers have delighted in this product, flooding Kickstarter to fund it. With the support of over 1,600 backers, Lume Cube has reached and exceeded its goal. 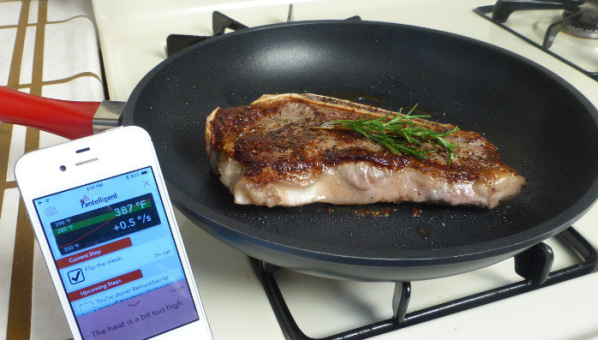 Pantelligent brings the smart home movement into the kitchen, allowing you to cook smarter. This Bluetooth-enabled pan monitors the temperature of its surface and sends the data to an accompanying smartphone app. It tracks heat to make sure that the food won’t burn or sit there cold. The app also comes equipped with recipes for salmon, steak, chicken, scallops and much more. For added convenience, the recipes can be read out loud so you’re not stuck hunched over instructions. In addition, the recipe will indicate when the cut of meat needs to be flipped over. Pantelligent also allows for new recipes to be put in, so that it can be used for everyone’s food preferences.

At almost twice its goal, Pantelligent has been backed by hundreds of backers with time left to spare. This product is excellent for novice cooks and makes cooking so much easier in a way that’s never been done before.

Piconizer recognizes that the new iPhone is taking the photography world by storm and wants to help by preserving old pictures while making room for new ones. This storage device is compatible with all iPhone 5 and 6 models. Simply insert into the lightning connector and the accompanying app will open up. This allows users to select photos from their phone that they want on the device. Once uploaded, these photos can be deleted from the phone freeing up storage space so that no photos get thrown out for the sake of extra GBs. Piconizer also features a microUSB port so that photos can easily be uploaded onto any computer or laptop.

With almost 500 backers and $65,000 raised, Piconizer is a winner on Kickstarter. Camera usage is almost exclusive to smartphones and the iPhone in particular, leading many backers to lean on this convenient tool for their photo storage needs.