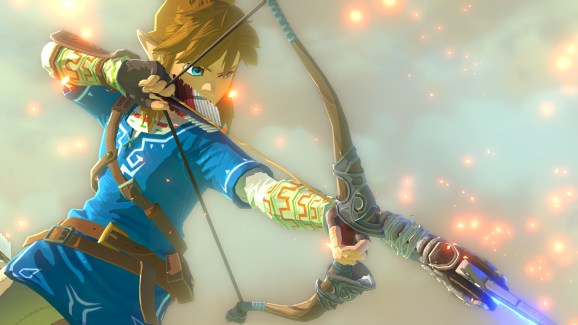 Zelda could make the leap to NX.

I’m a sucker for great game trailers, and this year’s seen some fantastic examples of how to grab your audience and not let them go.

Some did it with live action thrills, some with humor, while others picked exactly the right music track to fit the mood. No matter how they did it, though, all the trailers collected below — GamesBeat’s picks of 2014 — are worth another watch.

If you think we’ve missed any trailers of note, feel free to drop a comment below.

Valiant Hearts is a little puzzle game with a big heart. It follows five characters on the battlefields of World War I as their personal stories intertwine. This moving trailer is a perfect introduction to the game voted Best Narrative and Game for Change at this year’s Game Awards in Las Vegas.

It’s hard to top the spectacular original Dead Island trailers, but Techland’s had a damn fine go. The blissful ignorance of this headphone-wearing Muscle Beach runner juxtaposes beautifully with the mayhem happening all around him, and his rapid zombification unfolds in glorious close-up detail.

The launch trailer for the quirky Goat Simulator playfully riffs on the amazing, emotional Dead Island announcement that made headlines back in 2011. Instead of tugging at your heartstrings, though, Coffee Stain Studios cleverly shows off the goofy physics and outright insanity of its surprise hit.

A disease spreads across America, starting on Black Friday and causing total societal collapse in just five days. That’s the apocalyptic premise for Tom Clancy’s The Division, the keenly anticipated massively multiplayer third-person shooter heading to PlayStation 4, Xbox One, and PC next year.  This cinematic trailer uses the city itself as its star, cleverly showing how precariously balanced our high-tech, high-consumption lifestyle really is.

The Legend of Zelda Wii U

This reveal trailer nearly blew up the Internet when it debuted at 2014’s E3 gaming conference. We don’t even know the name of Nintendo’s new action role-playing game — and some people seem confused about the identity of its star — but we do know that it’s going to look incredible.

Blizzard Entertainment took a Pixar-like approach to this animated trailer for its new team-based shooter, due to enter beta testing next year. I just wish it had found a British voice actress for the female hero, Tracer; the cringeworthy attempt at a cockney accent rivals Dick Van Dyke’s performance in Mary Poppins.