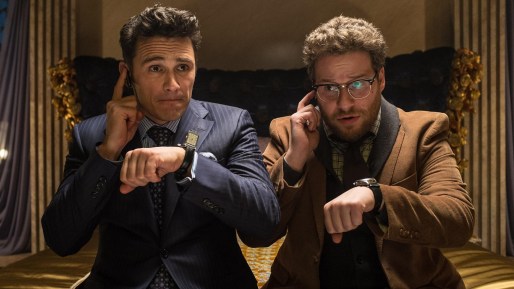 In case you still haven’t watched The Interview, the movie whose cancelation was heard around the world, it will be coming to cable on-demand service inDemand, DirecTV, the Playstation Network and more services and theaters for your viewing pleasure.

The Sony movie, which the company first canceled, then released on Christmas eve through a few online streaming services and theaters (not to mention it got pirated, naturally), will be available through inDemand affiliates for $5.99 starting today, includingBright House Networks, Comcast, Cox Communications, and Time Warner Cable; Vubiquity affiliates including Charter Communications, Cablevision, and AT&T U-verse TV; Verizon FiOS; and DirecTV.

Walmart’s Vudu and DirecTV are also making it available, and it will land on the Playstation Network on Thursday, and in 250 new theaters on Friday.

Until now, the movie was only available through Google Play, YouTube Movies, Microsoft’s Xbox Video, iTunes, the movie’s dedicated website, and about 330 theaters.

In its first five days, the movie grossed almost $18 million in revenue, not too far off the projected $20 million in its first weekend Sony hoped for, though it has a long way to go until it makes back its $75 million budget.