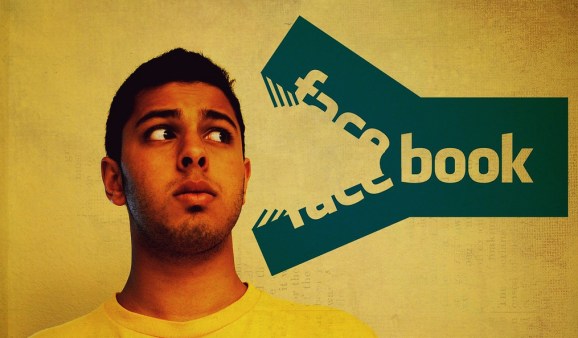 In a story about the rankings of the most loved and most hated companies by VentureBeat contributor Gregory Ferenstein, a little nugget he uncovered really struck me.

According to the latest American Consumer Satisfaction Index that Ferenstein obtained, Facebook is ranked way near the bottom, just above LinkedIn. Basically, Facebook is only above cable companies and airlines.

Really? I mean, what did Facebook ever do to you? Seriously.

I’m not saying that there aren’t some genuine concerns or questions about the company. But what I’m asking for is a little perspective here, people.

This is not a company that’s dumping toxic chemicals into rivers. It’s not building gadgets that end up on the banks of rivers in China and India where peasants try to separate precious metals from cancer-causing materials to make a few cents. Facebook doesn’t make guns or cigarettes. It doesn’t produce awful fast food that eats away at your insides, or your soul. And it never tells you it can’t cover your child’s leukemia treatments.

We hate Facebook so much that we let a famous writer and director make up a bunch of stuff about cofounder Mark Zuckerberg and turn it into a feature film, gave it a bunch of Academy Awards, and then spent a ton of money seeing it so we could all feel smug and superior.

We’ve been dumping on Facebook since the day it opened up to people who weren’t in college. Not a day goes by without someone in my feed complaining about something unholy that Facebook has done to them.

Oh, you whine, the privacy settings are really hard. And, the news feed doesn’t let me see all the posts I want to see. And, gee, all these ads are really annoying.

Look, I’m sure Facebook could improve in many ways. It could make its data centers more eco-friendly. The whole NSA thing is certainly troubling. I’d like the company to be a bit clearer about how my information is used. Yes, I’ve been creeped out more than once by some of the ad-tracking stuff.

By all means, we should be informed about the services we use, hold them to high ethical standards, and be skeptical about how they treat us.

Still, if you need a list of companies to hate and you’re too lazy to Google one, I’m happy to provide it. I assure you, there are ample candidates for good, raw hatred.

Unlike the problems caused by many of these other companies, every problem you have with Facebook can be dealt with by taking one simple step that is entirely within your control:

Nobody is holding a gun to your head. This isn’t coke you’re snorting. Any addictive qualities Facebook has can easily be washed out of your system within a couple of hours.

Because if you think Facebook is one of the worst companies, you’ve lost touch with the real world, and the real problems that exist.

So, please, I want us to collectively make 2015 the year we agree to stop whining incessantly about how much we hate Facebook. And especially doing it while using the thing we claim to despise.

Because if we can’t at least see the absurdity in that, there may be no hope for the species.