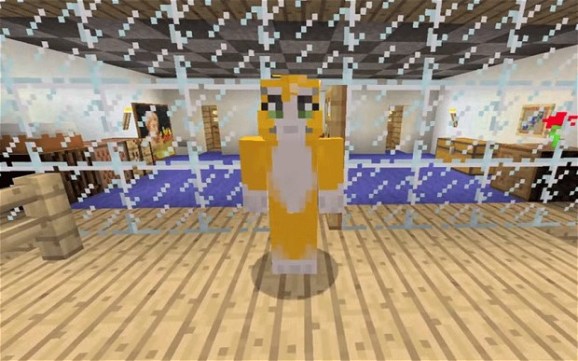 There is a handful of YouTube stars making serious bank. Some are the usual celebrities, like Taylor Swift. But, according to analytics startup OpenSlate, which estimates YouTube earnings based on a formula of total monthly views and subscriptions, some of the YouTube rich are not the usual entertainment elite. DC Toys Collector, for instance, snagged an astonishing 154 million views for a first-person perspective video of an anonymous female playing with Disney toys.

We asked Openslate to send us a list of the top  10 earning channels based on subscribers and views. Here they are, in order (figures based on ads served, excludes other paid business and endorsement deals):

DisneyCollectorBR is quite possibly the most unusual channel I’ve seen. It’s just videos of women’s hands unboxing and playing with toys.

Pop queen Taylor Swift is raking in some serious YouTube dough. “Blank Spaces,” which was released just a month ago, already has over 250 million views.

The Little Baby Bum channel is a compilation of pastel-colored children’s nursery rhymes. A 54 minute video, starting with Wheels on the Bus, has roughly 250 million views. This is all kinds of fascinating. Kids love watching things over and over (and over) again. It appears that the ownership model of previous generations seriously undercut the amount of money that could be made. As a kid, I’d watch some movies dozens of time. But I always owned the VHS tape, so the company made a fixed amount.

Music label giant EMI is riding high off its portfolio of artistic giants. Check out this blast from the past, MC Hammer’s “U Can’t Touch This.”

This channel is the home of Russian children’s programming, including Masha and the Bear, a cartoon that follows in the hallowed tradition of a mischievous child and a fuzzy sidekick. An episode about porridge has over 350 million views. Who’da thunk it?

Have you recently popped a molly, are draped in fur, and are alone near your computer? Then this dance mix channel is for you. The electronic empire hosts music videos of household names, including Martin Garrix’s “Animals” — a video of what is basically people rhythmically licking each other behind breakdancers. It snagged a mere 440 million views.

Do you wish soap operas had more shirtless actors pile-driving one another? Then you’re probably a fan of WWE. And, judging by the page views, there are a lot of professional wrestling fans. Enjoy their most popular video below — a match of 41 people in Speedos tossing each other around a wrestling ring.

Stampy is a giggly pixelated avatar that uploads daily Minecraft videos. In Stampy’s most popular video, you can watch the hero eat a virtual cake and thank one of his fans named Boo Boo Chicken. Re-read that last sentence a few times and maybe, by the 1,000th time, it’ll make sense.

To put this all in perspective, the most popular New York Times video of all time, Obama’s 2012 victory speech, got less than 10 million views. I don’t think any established publisher in their right mind could have predicted that toy unboxing and pixelated cakes would earn more than the most venerable news brands. So, it’s clear that YouTube can support content — but it’s much much different than anyone could have anticipated.