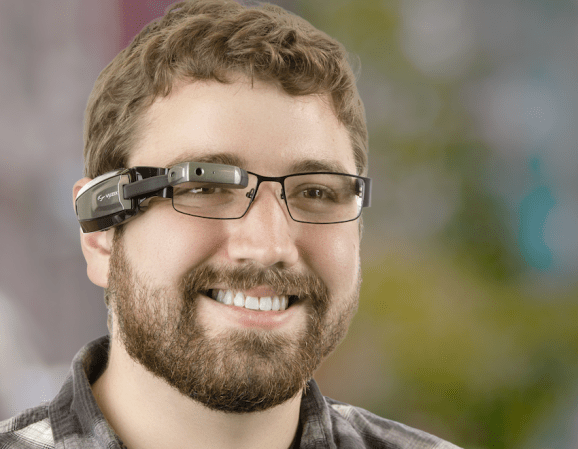 With the big Consumer Electronics Show (CES) starting this week, Intel is showing its continued interest in the growing category of smart glasses.

Smart eyewear-maker Vuzix announced Friday that the chip giant has invested $24.8 million into its company. The investment acquired preferred stock that is convertible into common stock worth about 30 percent of the Rochester, New York-based firm.

The Vuzix funding will be used for “general working capital,” Vuzix said, with the intention of pushing forward Net-connected glasses that are more stylish than, say, Google Glass.

For professional use, Vuzix has been focusing, so to speak, on some of the industry-specific advantages of intelligent headgear, including hands-free capabilities for field tech, assistance for customer service agents, and access to patient data for on-the-go doctors. For entertainment, it provides models with virtual reality and video capabilities.

While Google has scored much of the publicity for marrying connected computer technology with facegear, a variety of companies have been working in this area.

Intel, which largely missed the initial wave of mobile tech, is moving quickly to become a leader in smart wearables. It is designing components for the devices, designing its own devices, and, in addition to the Vuzix investment, working with such wearables partners as Italy-based Luxottica to add tech to its fashionable glasses.

This year’s CES will give some indication of how developed this product category has become, and if it could generate the kind of must-have buzz that smartwatches are still struggling to obtain.

Juniper Research has estimated that ten million smartglasses would be sold by 2018.