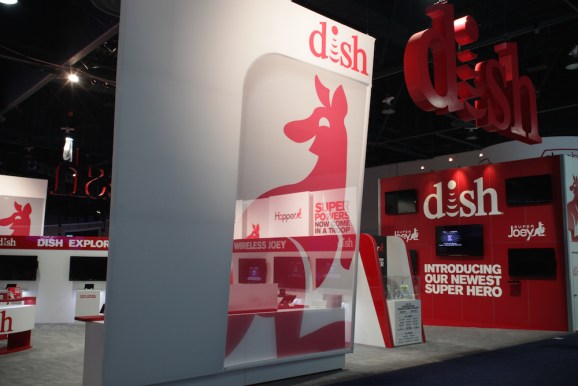 Dish first laid out its plans for an over-the-top (OTT) online TV service over a year ago, and spent the bulk of that time negotiating licensing contracts with major broadcast and cable TV networks. Sling TV will cost $20 per month and will offer subscribers access to a video stream that’s identical to the linear broadcast you’d get from a cable TV provider.

Sling TV isn’t giving you access to the full lineup of channels offered on its satellite TV service, but there is a decent crop of networks people actually care about, like ESPN, ESPN2, Food Network, Travel Channel, CNN, Cartoon Network, HGTV, ABC Family, TBS, and TNT. The company said it plans to offer additional networks for an added monthly fee further down the road. During today’s Dish press event, the company stated that it would soon begin offering “add-on (channel) bundles” for an addition $5 per month. For instance, that means you’ll be able to chose a “kids” channel bundle, or a “sports fanatic” channel bundle. Initially, Sling TV will be available on iOS, Android, Roku, Amazon Fire TV,  Google’s Nexus Player, Xbox One, and some smart TVs from Samsung and LG.

This is an exciting move for the TV industry because it could theoretically force cable providers to make it easier to access relatively new on-demand TV content on a variety of devices. Of course, big cable providers like TWC and Comcast will say that this is already possible, but in my experience it’s such a pain in the ass to get it working that it’s usually not worth the effort. (TWC in particular gives you on-demand streaming on a variety of devices, but you have to be using your home Wi-Fi connection from an approved or TWC-issued router.)

“Our strategy is not to replicate the existing pay-TV strategy over the Internet,” said Dish CEO Joe Clayton said during a press event.

But while Sling TV is cool, there are a few setbacks that might annoy consumers, such as not being able to watch more than one concurrent stream at a time, as Re/code points out. Sling TV also won’t offer any local channels, which means you’ll still need to buy a HD antenna for broadcast stations if you want to completely ditch your traditional cable TV provider.

I doubt Sling TV will usher in the end of the cable channel “bundles,” but it’s definitely a good first step.