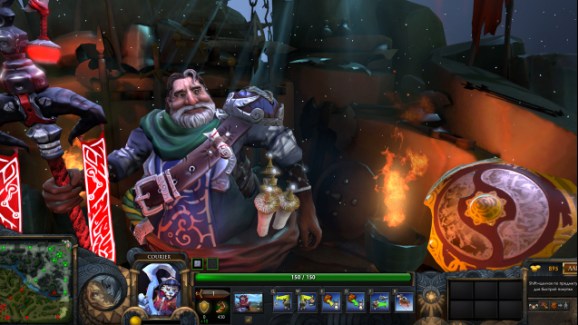 Valve makes a significant amount of money from player-created items, and now one creator has used his powers to try to bring one of PC gaming’s favorite people into Dota 2.

Fan item designer Down Limit just released his latest work for the multiplayer online arena battler: a 3D model of Valve chief executive Gabe Newell that replaces the in-game shopkeeper (via Reddit). If Valve approves this item, instead of buying upgrades from the standard non-player character, gamers will have a chance to get their new abilities from the bearded founder of Valve himself. Down Limit is looking for support from the Dota 2 community to build interest in adding the Newell Shopkeeper to the game for the upcoming New Bloom festival, which is an in-game event that temporarily changes the look of the world.

“Many have told me that the developers won’t notice this work,” Down Limit wrote in the item description. “And I understand that the chances of success are negligible. However, with the support of the community, do not rule out the possibility that the developers will notice my custom shopkeeper and add it for the New Bloom event time.”

Last month, Valve asked fans to submit all of their custom items for the New Bloom, and fans have definitely voiced support for adding Newell to the game. People have posted more than 400 approving comments on the item’s page.

It’s not surprising that fans would happily support anything related to Newell. He’s one of gaming’s most popular executives. Players have long loved him for his company’s games, like Half-Life, but now they also revere him for the big sales that occur regularly on Valve’s Steam game-distribution service.