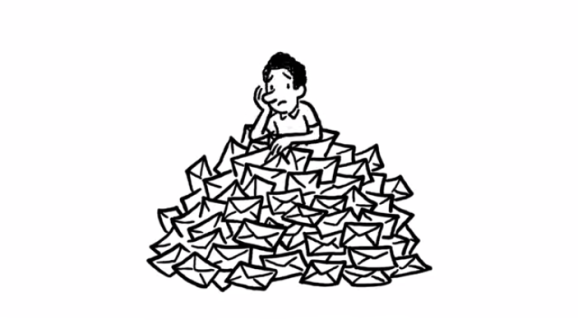 When we return refreshed on the first work Monday of the new year, many of us will an encounter an inbox monster larger and more sinister than we could have possibly imagined.

You are strong. You can do this. And, with the honed email skills of Google Chairman Eric Schmidt, you can reach inbox zero with your sanity (relatively) in tact.

The list of tips comes from Schmidt’s book, How Google Works, which was released last year. But it’s more relevant than ever. I’ve also added a few to the list from other folks who regularly deal with email overload.

Ditch the flowery language. This is a numbers game: Be short and to the point.

Letting messages linger is how the email beast feeds. Clean out your entire inbox on a regular basis. “Any time you spend thinking about which items in your inbox you should attack next is a waste of time,” argues Schmidt.

Start from most recent to oldest. Don’t stop until it’s all gone. One of the benefits of dealing with the most recent items first, Schmidt argues, is that older items tend to take care of themselves. Many of the messages at the beginning of the holiday season may no longer require your attention.

4. Be a human router

Delegation and carbon-copying are underutilized tools. “Remember, you’re a router. When you get a note with useful information, consider who else would find it useful,” explains Schmidt. Other folks may be able to solve a problem much better than you, and unknown benefits may come from including other people. This is why Schmidt says he’s not a fan of blind copying (BCC), because it hides information from the team.

Schmidt’s email tips are great, but some are outdated (by Google’s own technology). And, there are a few he missed, I think:

Schmidt likes to use Gmail labels to remind him to follow up on uncompleted items, marking them “follow up.” But Google’s new Inbox application is actually much better. You can set a “snooze” reminder in a message so that it will return to your inbox if it’s not responded to in a certain time. Inbox’s competitor, Mailbox, is also great for this.

6. Email from a smartphone

I try to never email from my desktop these days. It’s too easy to send long, sprawling emails, because I type much quicker on a keyboard. A phone keypad forces me to be terse.

One of TED curator Chris Anderson’s email rules is to ask close-ended questions. “What do you think?” or “thoughts?” is a very hard thing to respond to quickly. Instead, ask pointed questions and ask for the exact information you’re seeking.

Armed with these tips, you will be powerful enough to slay your post-holiday inbox monster. You are strong. Go forth and conquer.