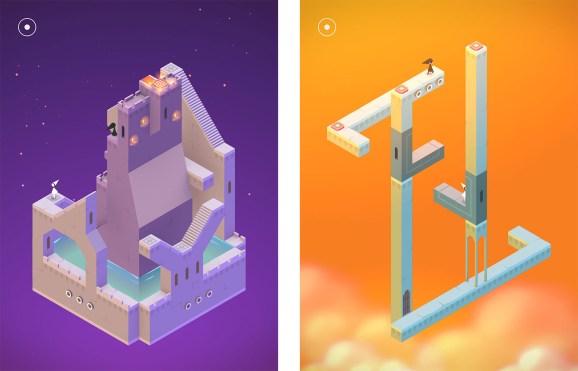 Monument Valley sells for $4 on Android and iOS. And many people are choosing to pirate it instead.

Piracy is still a big problem on Android.

Developer Ustwo had one of the break out mobile hits in 2014 with its isometric puzzler Monument Valley, but a successful game is not impervious to piracy. The studio confirmed on Twitter today that Monument Valley has had an especially tough time with “unpaid installs” on Android. The company said that 95 percent of the people playing the game on Google’s mobile operating system did not buy it — although, Ustwo did explain that a small number of those installs are legitimate and were not illegally downloaded. This makes a big dent in Ustwo’s earnings since Monument Valley is a premium-priced game that does not have in-app purchases like Candy Crush Saga or other lucrative mobile releases. Gaming on smart devices surpassed $21 billion last year, but it potentially could have more if it weren’t for piracy.

The paid rate was much better on iOS, but it’s still alarming. Ustwo said that 40 percent of the people who have the game on an Apple mobile device paid for it. Again, that means the majority did not give the developer money.

Interesting fact: Only 5% of Monument Valley installs on Android are paid for. 40% on iOS. There’s a sneak peak of data!

The 95 percent number for Android doesn’t even include Amazon’s Appstore, which gave away Monument Valley for free for 24 hours. While Amazon does not disclose the agreements it makes with studios for its “Free App of the Day,” it’s understood that developers do get some money out of it.

Speaking of money, Monument Valley is still generating revenue for its developer — even on Android. The game is No. 114 on United Kingdom’s top-grossing chart for Google Play, according to mobile data-tracking firm App Annie. It is 177 in Canada, 258 in the United States, and 344 in South Korea. The highest it ever got on the U.S. top-grossing chart for Android was No. 103 back in May. These are all very respectable for a premium priced game that costs $4. Most of the biggest money makers on Android and iOS are free-to-play games that charge for items and boosts.

Monument Valley joins a short list composed of Minecraft and The Room for premium-priced games that are performing well on smartphones and tablets.

So while pay rates of 5 percent and 40 percent seem depressing, it’s not something that is bothering Ustwo.

“We’re not complaining at all,” the developer went on to write on Twitter. “It’s to be expected. It’s just interesting data.”

Ustwo announced this morning that its whole development team is back in the office for the first time since October. So clearly, it is ready to get back to work despite piracy eating into its earning potential.