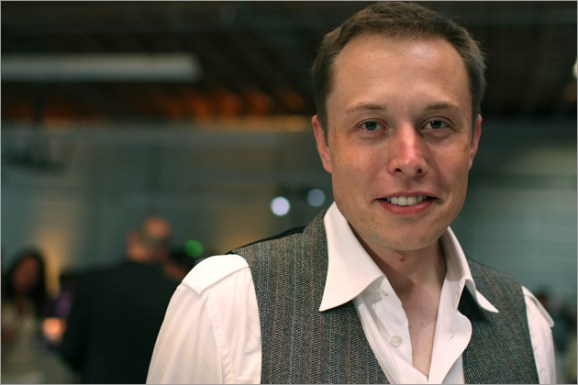 SpaceX CEO Elon Musk was down in Florida this week to prepare for the test flight of one of his rockets (though the launch was later postponed).

On the eve of the scheduled launch, Musk, also CEO of Tesla Motors, took some time before the launch to conduct an “Ask Me Anything” (AMA) session on Reddit.

As is typical for these Reddit sessions, he fielded a wide range of questions ranging from the silly to the highly technical. Musk, never shy, responded with candor, humor, and a passion for the engineering challenges behind SpaceX. Here are seven things we learned (including a couple we wish we didn’t), plus a bonus cat video:

Q: What daily habit do you believe has the largest positive impact on your life?

Q: What did teachers do to inspire you?

Musk: “The best teacher I ever had was my elementary school principal. Our math teacher quit for some reason, and he decided to sub in himself for math and accelerate the syllabus by a year. We had to work like the house was on fire for the first half of the lesson and do extra homework, but then we got to hear stories of when he was a soldier in WWII. If you didn’t do the work, you didn’t get to hear the stories. Everybody did the work.”

Q: Can you share anything about the (Tesla) Model 3 that we don’t already know? (This is the smaller EV Tesla announced last summer.)

Q: Do you have any advice on learning? How are you so good at it?

Musk: “I do kinda feel like my head is full! My context switching penalty is high and my process isolation is not what it used to be. Frankly, though, I think most people can learn a lot more than they think they can. They sell themselves short without trying. One bit of advice: it is important to view knowledge as sort of a semantic tree — make sure you understand the fundamental principles, ie the trunk and big branches, before you get into the leaves/details or there is nothing for them to hang on to.”

Q: How much do you sleep per night, on average?

Musk: “I actually measured this with my phone! Almost exactly 6 hours on average.”

Q: Do you have any advice for those dealing with seemingly insurmountable adversity?

Finally, Musk made waves a few weeks back warning about the dangers of artificial intelligence.

When asked in the AMA about those remarks and some of the backlash, he stuck by his overall point. He also threw in a dig at the former iRobot employee who wrote that the company’s Roomba cleaner was among the most advanced robotic device on the market.

While that writer felt the Roomba’s intelligence hardly indicated a larger threat from AI, Musk disagreed with the reasoning and threw in a link to a cat video for emphasis.

“The timeframe is not immediate, but we should be concerned,” Musk wrote. “There needs to be a lot more work on AI safety. And, with all due respect to the Roomba dude, that is not a concern https://www.youtube.com/watch?v=Of2HU3LGdbo.”