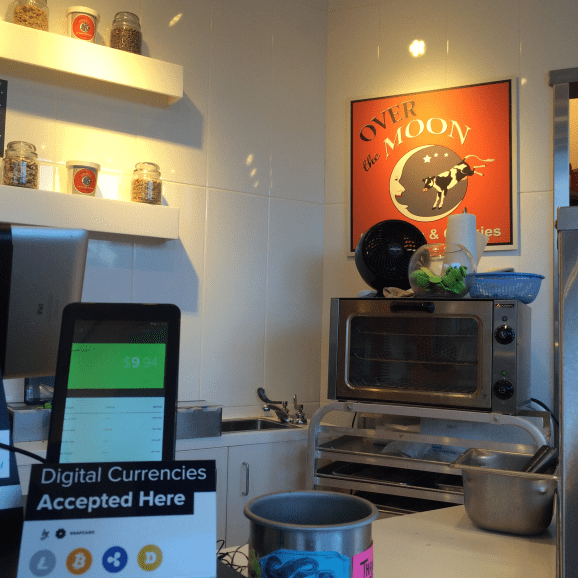 Circle users can now use their phones to pay with bitcoins wherever the cryptocurrency is accepted. Circle joins BitPay in leveraging near field communication (NFC) enabled Android phones to spend bitcoins. BitPay lists 44,000 merchants that use its software to accept bitcoins, though how many of them accept the cryptocurrency in store is anyone’s guess. But there are grassroots efforts to bring Bitcoin to more physical outlets, like Snapcard’s attempt to make San Francisco the Bitcoin capital of the world.

Meanwhile, tap-to-pay devices and apps are on the rise in the wider market. By 2019, 500 million people are expected to be making transactions via NFC, according to Juniper Research. And the increasing use of mobile payments like Apple Pay and PayPal means consumers are already preparing themselves for the shift.

In some ways, this is probably a good time for Bitcoin to make its pitch to traditional retailers. Merchants are already eyeing NFC and chip-card reading terminals in preparation for the move from magnetic stripe credit cards to chip and pin in late 2015. Why not go wild and start accepting a purely digital currency?

Well for one, Bitcoin is still a little too volatile (and on a downward trend) for merchants to want to commit to it. And consumers aren’t giving merchants enough of a reason to adopt the currency — Bitcoin still has a slim user base. Despite this, a growing number of merchants, ranging from Home Depot to Time Inc., are accepting bitcoins and may welcome the tap-to-pay option.