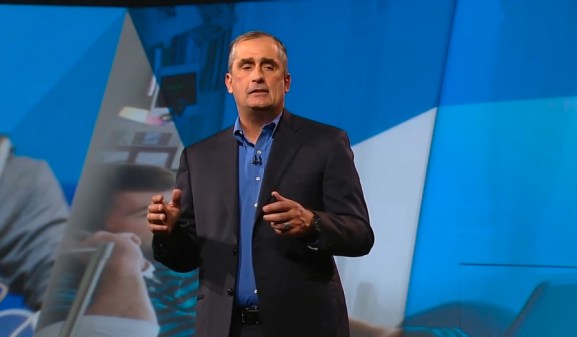 Brian Krzanich of Intel during keynote at CES 2015.

Intel showed off its plans to jumpstart the wearable gadget industry with a new button-sized module called Curie during a keynote event at the 2015 International CES today.

“We made them so small they are like a button on a coat,” Intel CEO Brian Krzanich said as he literally took a button from his coat and held it up. “I’d like to introduce you to Curie.”

The overall idea here is that Intel is attempting to take care of many common elements involved with building a wearable gadget, thus freeing retailers and other manufacturers to focus on building the device itself — not fidgeting with the tech that’s powering it. That said, wearables are still an up-and-coming area of the gadget industry that consumers have yet to fully embrace.

Intel Curie is expected to start shipping in the second half of 2015.