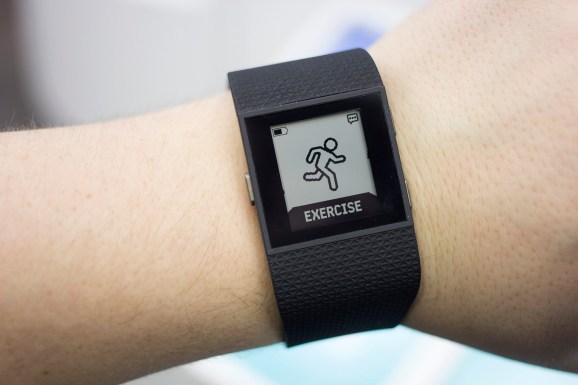 LAS VEGAS — The quantified self movement has come a long way over the past couple years, and many in the industry believe that health and fitness wearables will be everywhere — from Walgreens to Bloomingdale’s — in 2015. Many of these will have been first trotted out at this year’s CES.

But companies selling wearables still have a problem. The percentage of buyers who abandon the devices is still very high. One study says that a third of these devices end up in the junk drawer within six months of purchase.

And based on the products I’ve seen so far at CES, many wearables makers remain very focused on the technology and the market opportunity, but not focused enough on the long-term wearability of their devices. We’re seeing way too many basic fitness bracelets that only count steps and track sleep. Most still don’t have heartbeat monitoring or on-wrist notifications from a smartphone.

Indeed there seems to be a land-grab mentality in the space. It is fairly easy to build a piece of plastic around an accelerometer, do a few prototypes, and get it into the market, and many companies seem to be doing just that. Judging by the marketing dollars being spent here at CES, it seems clear that tech companies are expecting a big consumer spend on the devices in the coming year. The Consumer Electronics Association for its part expects wearable sales to grow 61 percent to 30.9 million units this year, with revenue reaching $5.1 billion. One wearables maker told me that his company would be crazy not to keep making fitness wearables because there’s already huge demand for even the most basic devices — and many of them aren’t more than that.

There are exceptions. One company, GoldKey, has built a smartwatch that can do phone calls from the wrist, using a microphone and a 3G radio inside the watch. The watch even has a camera for taking pictures, although the camera appears to be pointed the wrong way for wrist-based video calling.

The big wearables companies are now beginning to merge fashion sense with their products, after having previously spent much of their energy getting the technology right. For instance Misfit has partnered with Swarovski to create a blingy fitness/sleep tracker wearable. Also here at CES is the designer Amy Winters, whose company is showing off some lady’s gowns that have sensors inside. One of them changes color in reaction to light. Another emits a soft light when someone walks near.

It may take a device that is heavy on fashion and tech functionality to truly move wearables to the next level. This might end up being a device like the Apple Watch, an arguably fashionable device with a lot of technology baked inside. Apple chose to bring smart wearable technology to the market wrapped in the wristwatch paradigm we’re all familiar with.

Other wearables will have to take a different tack. The technology may have to disappear into jewelry and clothing that consumers would feel good wearing even if the technology weren’t there.

But by the time the wearables players get the product right, it may already be too late. As Fitbit CEO James Park points out, buyers for major retailers like Walmart and Bloomingdale’s have already gotten used to the big incumbents in the space, like Fitbit, Jawbone, and Misfit. They may be hesitant to take a chance on new entrants, preferring instead to take the safe bet with the companies and products they already know.

And so, at CES this year, there’s no shortage of marketing money being spent, both by the big companies, and by smaller players like iFit, which are less known for wearables.

This is the year to try to heighten their profiles among the many retailer buyers in attendance here.