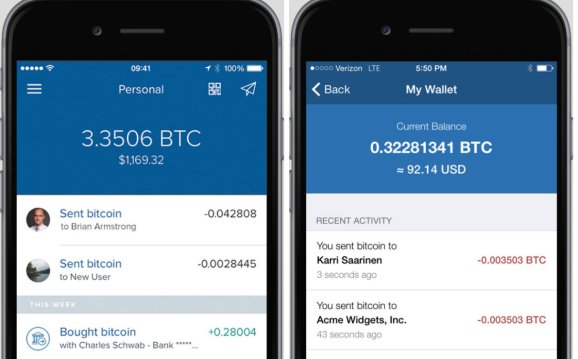 The new redesigned app is on the left, the old one is to the right.

Bitcoin wallet app Coinbase is looking sleek after its latest redesign. The new look also includes a bevy of updates.

The makeover came to both iOS and Android and mostly seems to give users more detailed access to accounts and security settings. The updated interface features a user avatar in the upper left hand corner, along with detailed transaction data. For instance, rather than a feed of transactions, Coinbase categorizes account activity based on when it took place (ie. this week or this month).

Coinbase also took time to update its security protocols — a wise decision on the heels of the Bitstamp breach. New security features include integration with the ever popular Touch ID on iOS and integration with password management application 1Password for all devices. Users will also have more control over settings.

The basic functions, of course, are the same. The app lets you send and request money using a Bitcoin address or, like any other peer-to-peer payment system, using an email address or a QR code. Coinbase’s 2.1 million wallets can also be used to make in-store purchases where accepted.

Already the update has been issued for Android, but iOS won’t come until later today.