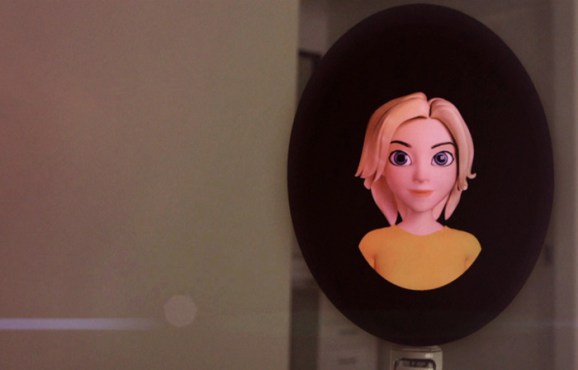 The release of yet another personal robot reminds me that they’re coming: a fleet of emotionally aware robots synced with your totally connected home.

Companies and technologists have promised for years that there would come a day we’d get our very own Rosie. And last year saw the debut of a number of personal robots. Two of the most notable are Jibo and Softbank’s Pepper.

Pepper first appeared in June of last year. The white robot has a face shaped like an emoticon and is about as tall as your average second grader. It rolls around your house and basically hangs out with you, learning your habits, routines, and personality. Pepper operates on a cloud network with other Peppers, so they can all learn from each other’s interactions (just like in the movie Her!).

The robot is mostly intended to be a companion and it’s easy to see how Pepper might be a good gadget for an aging population. It’s also easy to imagine Pepper being used as a souped up baby monitor, although certainly not a babysitter. At last check Pepper is slated for general availability sometime this summer and will cost roughly $2,000. But aside from hanging out with you, Pepper doesn’t do a whole heck of a lot.

Jibo, on the other hand, is focused on both human interaction and managing a connected home network. Jibo’s creator, Cynthia Breazeal, designed Jibo with a developer platform so its functionality could grow over time, like a tablet. The potential there is endless. Jibo could turn on your lights when you come home, read you recipes while you’re cooking, remotely turn the heat down when you’re not home — you get the picture. Breazeal first unveiled Jibo last July on Indiegogo. She was aiming for $100,000 in crowdfunding but walked away with over $2.2 million.

Jibo won’t be available to consumers in 2015, but developers who opted for the kit during the Indiegogo campaign will be able to start fiddling with the robot in September. Consumer units will ship in 2016.

There are also a few brand new contenders. Robotbase unveiled its emotionally intelligent robot at the Consumer Electronics Show this week in Las Vegas as a kick-off to its Kickstarter campaign. The Artificial Intelligence Personal Robot is similar to Jibo in some ways. It can read to kids, host video chats, take pictures, recognize faces and objects, connect to smart home devices, and secure the home by roaming around and video taping everything. It’s also a emotionally responsive personal assistant, who can remind you of your appointments and calls. Already the company has amassed roughly $25,000, and early adopters can get the device for $995 for delivery in late 2015.

Another robot that showed up at CES is the Furo i-home, which is essentially an intelligent tablet mounted on wheels. This robot can take verbal instruction, link to connected home networks and devices, video monitor, and video chat.

It’s true that we’ve been seeing robots for years — everything from robots that clean our floors to telepresence robots — but it’s been a slow build to the moment where artificial intelligence is commercially available in a more mainstream context.

Sadly, we’ll have to wait just a little bit longer for them to truly be in our homes. While these bots are slated to hit the market later this year, chances are we won’t really start seeing them in homes until 2016.