Facebook has long been the social login of choice for many websites and apps. But it seems that Google is starting to climb the ranks, according to new data from Janrain.

You know when you use Facebook or Google to register or log onto another site? That’s called a social login. The reason they’re important is because they allow the companies that use them to track you in more places, collect your data in more places, and ultimately better target you with marketing campaigns. Social media companies provide them, because it puts their brand in more places. 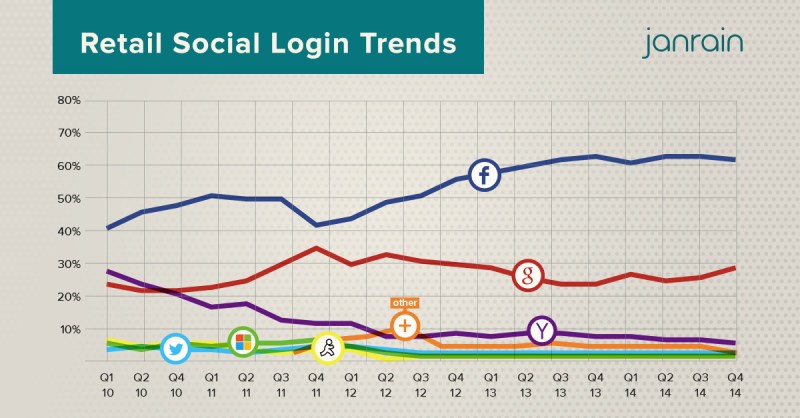 Facebook’s social logins for retail outlets are building, while Google’s seem to be dipping. 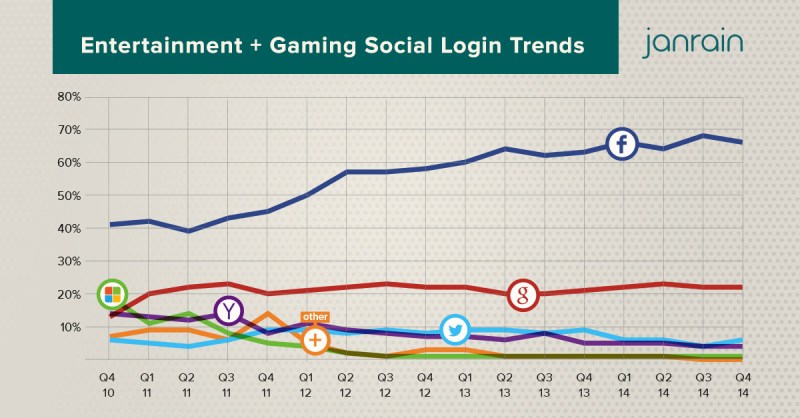 Facebook is big on games. Considering that a third of our time on our phones is spent playing games, according to data from Flurry, it’s no wonder Facebook is expanding its reach into mobile and online gaming social logins. 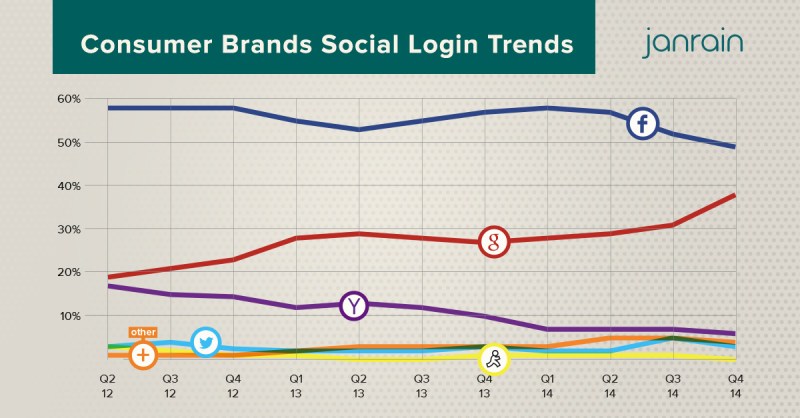 By contrast, Google seems to be picking up speed where consumer brands are concerned. 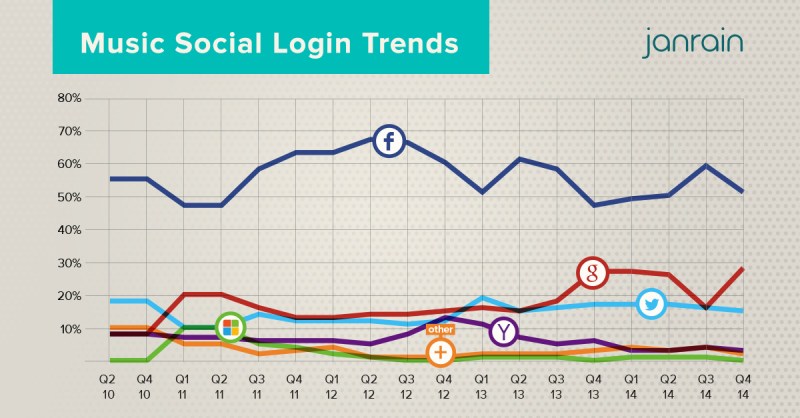 Another area where Google is picking up is in music applications like Spotify (though Spotify actually leverages Facebook for its registration process). Notice also in this particular graph the way that Google and Facebook’s paths mirror one another. When Facebook is ahead, Google is down and vice versa. For now, it seems Google is on an upward trajectory for music.

When it comes to social logins, Facebook is still dominating in retail, gaming & entertainment, and media. But it’s worth noting that Google may be starting to claim a larger share of this space because of the prevalence of Android phones. More time spent with Google applications, means consumers have more of a reason to prefer this type of social login. This matters as consumers increasingly move to mobile.

Ultimately companies will choose a social login that’s most convenient for its customers and one that allows consumers to share their activity more easily with friends. For a long time that has been Facebook, but Google is making strides in that space.

To that end, perhaps, Google is simplifying its login protocol. Rather than signing in with Google, the company is pushing its Google+ sign-in. Developers and consumers will need to switch over to using Google+ for their social sign-in by April 20, when sign-in with Google sunsets.