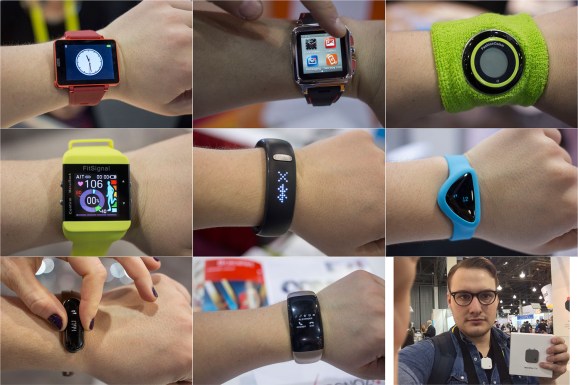 If you attended 2015 International CES this year, or have been reading the gobs of news coverage about it (don’t you just feel like you were right there?!), you already know that everything from watches and cars to peepholes and washing machines is now “connected.”

We’ve been talking about the Internet of Things for quite some time now (I’m pretty sure the past two years have been declared “the year” of it), and it seems everything, even the most mundane object, is participating. But has it finally lost its novel allure — have we hit connected device fatigue?

Possibly. When even your home door’s peephole gets an Internet connection and companion smartphone app, you need to admit to yourself that it’s not a new and exciting thing anymore — it’s becoming a standard. 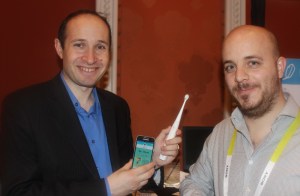 Sure, it’s still a gimmick. I’m not quite sure why half of the things entrepreneurs have made “smart” even need to be in the first place, and I suspect some got the Bluetooth low energy (BLE) treatment because of entrepreneurial boredom.

Just at CES this year, a large spectrum of “smart” devices showed up in the hopes of catching people’s eyes: 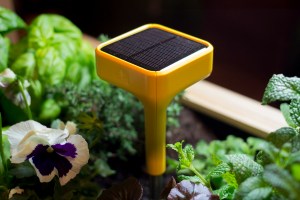 Above: The Edyn smart garden gadget

But we’re nevertheless entering a world in which everyone has a smartphone, and you can put a chip in anything. There’s no reason why you shouldn’t be able to track or operate anything from your phone, or make it work better by connecting it to the Internet or integrating some new mechanism. And therein lies the setup for the new age we’re entering: BLE chips or other “smart” technology will be in everything — because that’s just how things will be from now on. 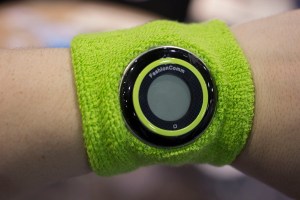 But these gadgets are not special anymore. In a way, they’ve just upgraded themselves to the new standard of things.

When companies like Uber and Postmates emerged to make everything “on-demand” from our phones, it became a new way of life. Now every business needs to be available on demand; it’s just necessary for survival at this point. We’ve grown accustomed to having our heightened laziness accommodated and just won’t patronize businesses that won’t deliver.

And the same is happening in the world of ordinary hardware items. Just replace “on-demand delivery” with “Internet-enabled, connected to an app.”

Intel announced Curie earlier this week, a button-sized module that can turn any wearable item into a connected one — a sign we’re about to enter the do-it-yourself era of smart objects. LittleBits, a company that got its start with snappable electronics kits for kids, recently released a home-automation kit to help people turn their coffeemaker and lamps into Internet-connected appliances.

So when I say I’ve hit connected device fatigue, what I really mean is that I’m not impressed by every doodad that’s now gotten a brain — I’m now expecting everything to be that way. It’s not “different” anymore. I need devices that will be so plugged into each other and into my life that I won’t be able to remember what it was like before my washing machine and self-watering plant pot were cost- and energy-optimizing best friends. CES 2016? 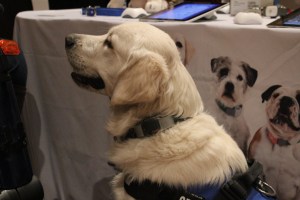 Above: Here’s Henry the dog modeling the Tagg GPS wearable for pets. The collar can locate a pet and also features an air temperature sensor.