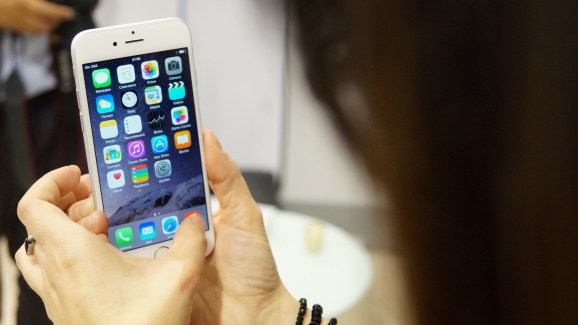 Apple reports that 1 million people are already using the Apple Pay mobile-payments system it launched in October, and Whole Foods, one of the initial retailers offering the service, “processed more than 15,000 Apple Pay transactions” in the first couple of weeks, according to the New York Times.

And in the month following the public availability of Apple Pay, Google Wallet transactions were up 50 percent, and the number of new users doubled.

With mobile payments sure to stay top of mind in 2015 and beyond, here is my outlook for the industry — and it’s not all rosy.

Fragmentation plagues the industry, hindering widespread adoption in the near term.

Many of the top retailers have their hands tied to CurrentC, a “clunky” retailer-led mobile payment initiative that, by relying on QR codes, keeps “friction” in the supposedly “frictionless” experience of paying with a smartphone. Some of the retailers that are not bound to a three-year exclusive contract with CurrentC will attempt to build out their own mobile-payment systems in an effort to keep a tight grip on their increasingly valuable customer data. And finally, existing players like Square and PayPal are building offerings to compete with the likes of Apple. That will all lead to a very disjointed space.

The mobile payment industry will be a tangled web for some time, delaying a universal change in consumer behavior. Mobile commerce will only take off once it is a habit — when people reach for their phones instead of their wallets to pay. “Habits, rather than conscious decision-making, shape 45 percent of the choices we make every day,” the New York Times reported, citing a Duke University study. If the stores people visit have various systems in place and differing capabilities for accepting mobile payments, consumers will simply forget to use their smartphones to pay, even when they are in a store that accepts the system they are signed up with (and people won’t use multiple systems). For widespread adoption, one or two power players that capture widespread consumer participation and work across different operating systems will need to be accepted universally.

One of the most critical things for mobile actions is simplicity. On smaller screens, every ask from a brand must be completed in one or two taps. People won’t start paying via mobile, then go into Passbook to dig out a saved offer, then go back to a brand app (or physical wallet) to pull out their loyalty card. Understanding consumer intolerance for hassle on mobile, retailers are working feverishly to automatically bring in all aspects of the transaction (offers, payment, loyalty) so that they can, say, automatically scan Passbook for a loyalty card or any usable retailer or manufacturer coupons. While this is not available publicly yet, the selling point of mobile payments to consumers is that it streamlines the checkout process. So until retailers take the thought out of it, adoption, engagement, and advocacy will suffer.

Consumer adoption and comfort level of mobile payments will be hindered as hacking continues.

“Secure” has been a word that has been pitched with every mobile payment solution, and while mobile payments may well be safer than traditional transactions, consumers are not buying it, not wholly, at least. CurrentC was hacked before it even launched, and large retailers continue to be targeted. Mobile payments combine two things with which we all feel a heightened level of susceptibility: smartphones and our credit card information. As hackers become more aggressive than ever, security breaches are only going to continue. To ease consumers’ fears, retailers and providers like Apple must amp up their lines of protection and put generous resources toward educating shoppers on the many ways they are protected.

Mobile payments hold a lot of promise for both the consumer experience and merchant operations. As adoption accelerates, it will be important for brands to not look at mobile payments as just an exchange of funds between a customer and a company. The “ability to pay” via plastic or even phone has become a commodity, and brands need to instead consider payments as part of the overall customer journey. At this point, the real value is in enabling relationships via the always-on mobile channel where consumers are willing to have a conversation if the brand or retailer offers genuine help.

Puneet Mehta is chief executive and cofounder of MobileROI, the first context and situation aware mobile marketing automation platform. Before cofounding MobileROI (and MyCityWay), he worked as a tech executive on Wall Street, where he built automated, algorithmic technology platforms to help high-frequency traders predict and act on market changes.